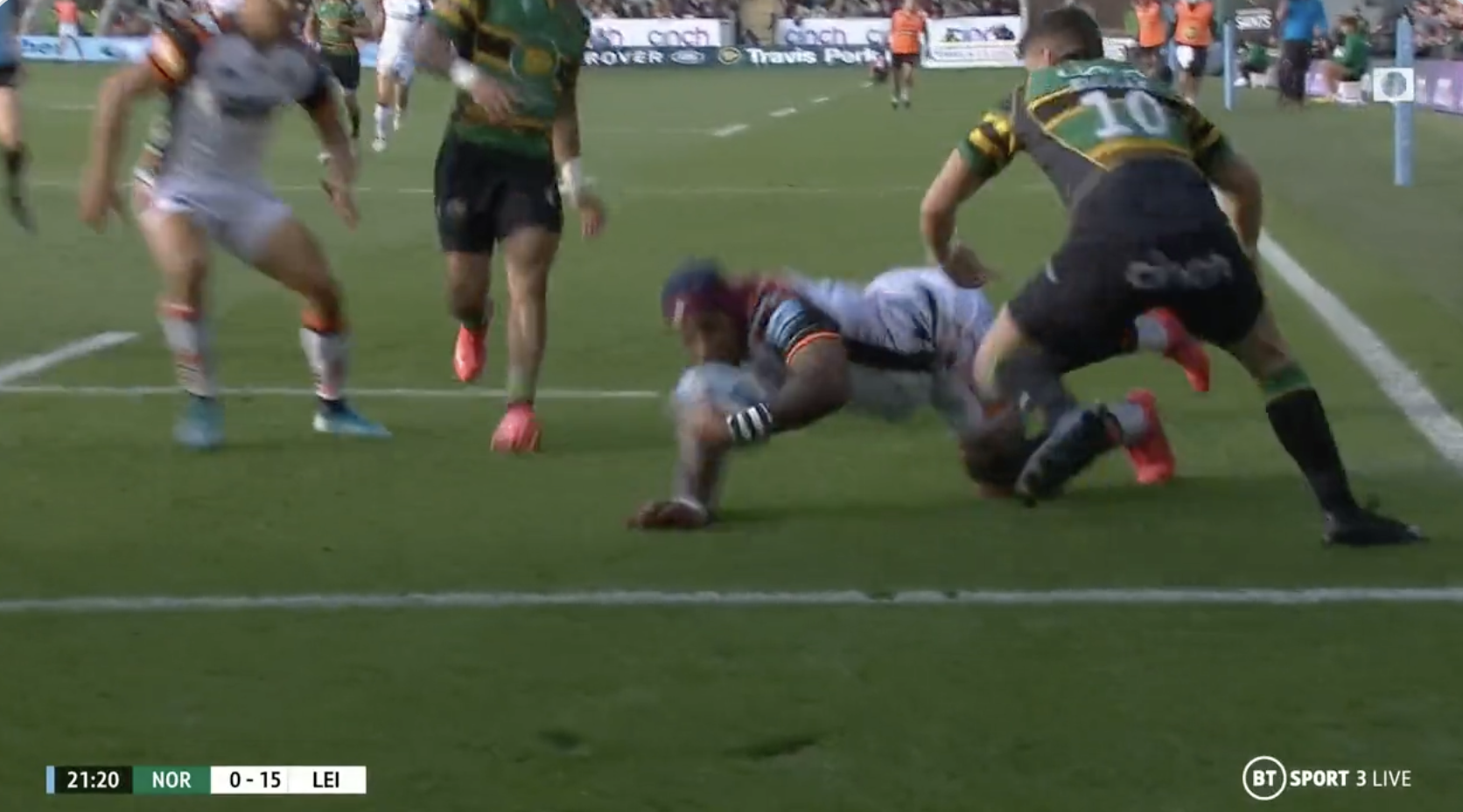 It is unlikely that anyone imagined the day where Leicester Tigers’ Nemani Nadolo would be cowering in fear of Dan Biggar, but that is exactly what happened on Saturday at Franklin’s Gardens, or at least it looked like that.

Nadolo bagged two tries in the East Midlands derby, helping Leicester to a 55-26 win over their rivals Northampton Saints, and one of his tries was fairly odd.

The Fijian latched onto a spilled high ball and had a 50 metre run to the line. However, as he got closer to the corner, Biggar started to close him down, so Nadolo opted to step off his left foot and beat the Welshman rather than trying to power his way over the line, which he is more than capable of doing. However, the step turned into a slip, but still enabled the Leicester winger to avoid the clutches of Biggar.

Very few people expected before kick-ff that Nadolo would be cowering in fear of Biggar like he did. This is no disrespect to Biggar, but the 1.95 metre winger is a formidable presence out wide.

It is hard to know who would have been more relieved in this situation though- Nadolo for still managing to dot the ball down while lying on the floor, or Biggar for not having to try and bundle all 125kg of the Fijian into touch. Worse still, Nadolo was stepping inside, so Biggar was spared the experience of being trampled over on the way to the line.

Leicester’s win continued their unbeaten start to the Gallagher Premiership season, and with Saracens beating Harlequins at the Stoop on Sunday, they now have an eight point lead at the top of the table, although they have played one more game than second, third and fourth. They take on bottom of the table Bath at Welford Road on Friday.