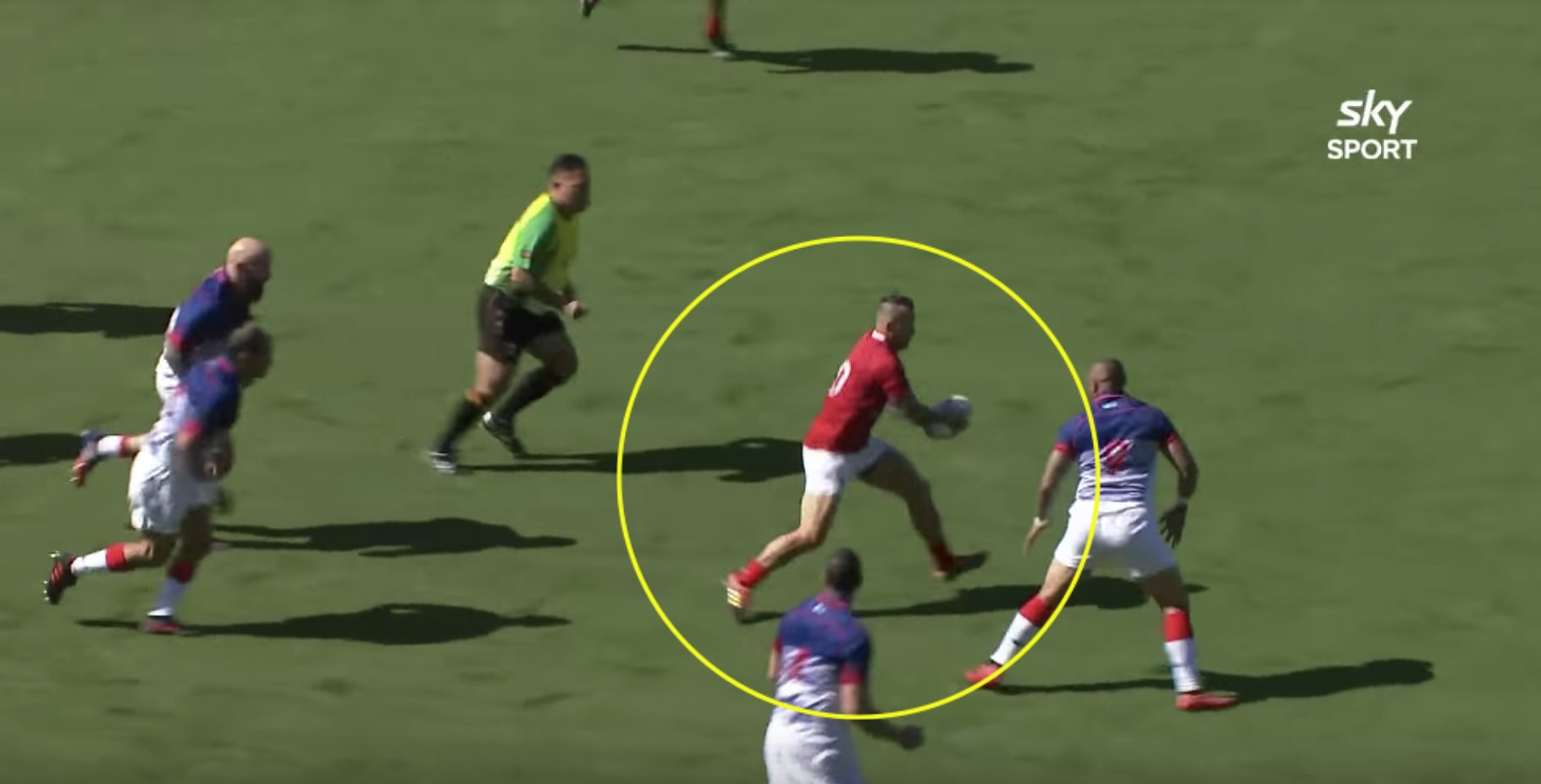 Former New Zealander legend and flair-master Carlos Spencer may be 43-year-old, but he still can pull some ridiculous skill from the top draw.

Carlos Spencer and DJ Forbes were among a cast of Pacific Island and New Zealand rugby legends who converged on Hamilton for a star-studded curtain-raiser to the All Blacks v Tonga Test match at FMG Stadium Waikato on 7 September.

Look at the skills on Spencer though, still able to throw a saucy back-pass to set up his teammate for a try.

Spencer, who retired from serious rugby in 2010, but made a cameo for the Blues at the Brisbane Tens in 2017, said before the game:

“It’s a great opportunity to start some conversations about a really critical health issue and what better way to do that than pull the boots on again with a bunch of great players. There might be a few tired bodies at the end of the day, but the skills are still there and the competitive spirit, so it should be a lot of fun.”

Spencer was always known for his flair and mercurial talent, regularly throwing passes between his legs or behind his back with devastating effect.

This highlight reel displays how skilful he was.

Diabetes is one of New Zealand’s most serious health issues, but with seven of the 10 countries with the highest incidence of diabetes being from the Pacific, it is of even greater concern for the Pacific Islands.

“We have a major problem with obesity and diabetes in our communities but through rugby we are trying to make a positive difference and lead the way for healthy lifestyles,” PRP Chief Executive Aayden Clarke said.

“Rugby provides a great platform for us to speak directly to our Pacific Island and M?ori communities and by bringing all these players together hopefully our message will be heard, and we can really get our people to sit up and make some changes.”