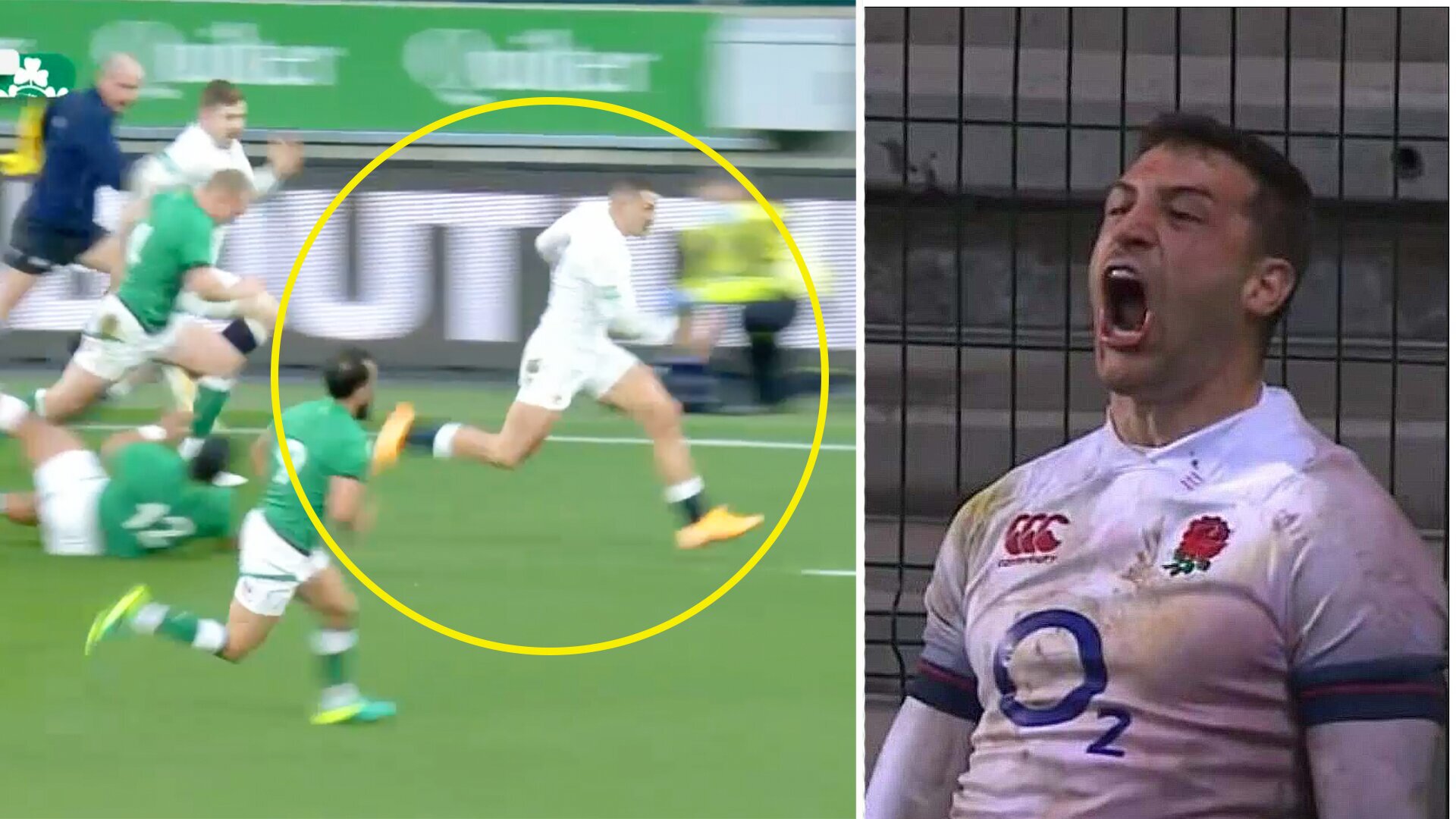 A sensational compilation has been uploaded online showing every single try that England winger Jonny May has scored in rugby for the national team. It is literally full of only sensational tries.

The Gloucester winger has made a name for himself in the sport with his ridiculous pace, scintilliating teams all around the World over the past six years.

The 30-year-old recently scored an absolute worldy of a try against Ireland in the Autumn Nations Cup, displaying just how fast this man can be.

A compilation has been created by a channel called “Owen Farrell’s shoulder” it truly shows just how ridiculous some of the tries that he scores are.

May has earned so many plaudits over the past few years with his dedication to bettering himself as a rugby player.

You can truly see how dedicated he is to his craft from this.

The compilation is almost 17 minutes long, showing just how much of an effect the Gloucester flyer has had on the sport.

May surely will be one of the key contenders to feature for the Lions against South Africa if he continues with form like this for the national side.

Reports suggest that the speedster is one of the fastest players in English rugby with a 100m sprint time of 10.7 seconds. Not bad for a rugby player at all!

Jonny May has scored over 180 tries in his illustrious rugby career, he emerged on the scene in a massive way in 2012, for Gloucester.

His speed then was very raw, but he managed to refine that speed with additional skills in the latter part of the decade.