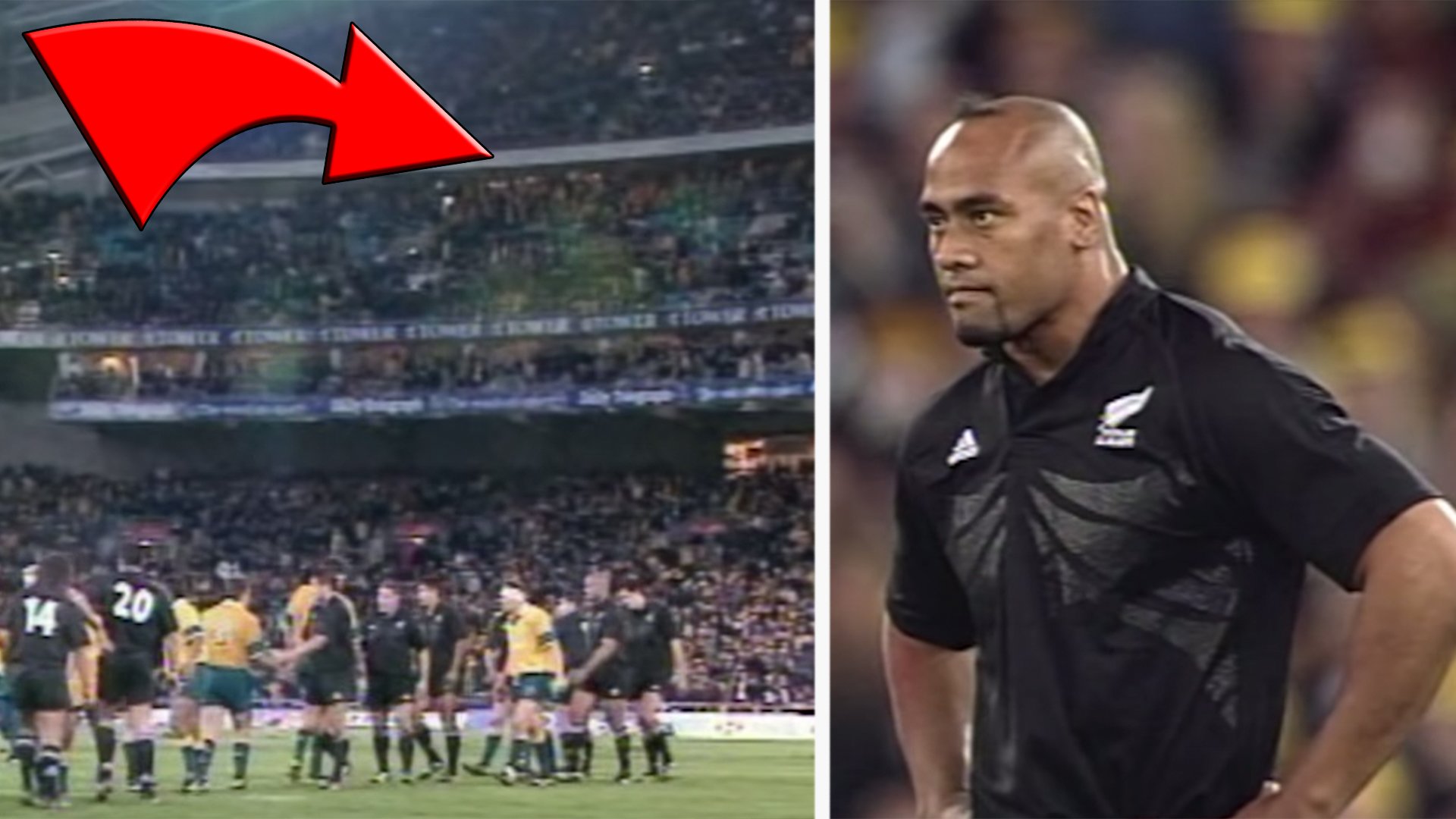 This game has been dubbed by many as “The Greatest Rugby Match of all Time”. After watching this game, it’s hard to disagree…

This match was incredible, in front of a blockbuster crowd of 108,000 people, you just wouldn’t see those numbers in that fixture anymore!

New Zealand have pushed on to incredible heights since this match, Australia, not so much…

The Guardian newspaper at the time did an incredible description of this game, and we thought it was worth sharing that with you!

In front of a world record rugby crowd of 109,874. Wallabies supporters were eyeing the exits with the All Blacks scoring three tries to lead 24-0 at the 10-minute mark. To say it was a surreal experience – for both Wallabies and All Blacks fans – doesn’t do justice. But what happened next defied belief.

Incredibly, the Wallabies rallied – thanks in no small part to the ghosting runs of Stephen Larkham – to level the scores 24-all at the break. Indeed, by this stage we knew we were bearing witness to something truly special. The second half delivered more of the same: an exhilarating mix of skill, passion and the Anzac spirit of neither side willing to yield in a try-fest resembling two pugilists going toe-to-toe, both landing haymakers and neither standing down.

Fittingly, it came down to the one player who always seemed anything but human: Jonah Lomu. His score at the death clinched the game for the All Blacks by four points.

The game was incredible and you can see why people call it the best game of all time, the quality of player on show was impressive to see as well, with the likes of Umaga, Lomu, Gregan and Mortlock all in action, it had the makings of an incredible match.

Here is the final minute of the match where New Zealand need a score to win. What a game!