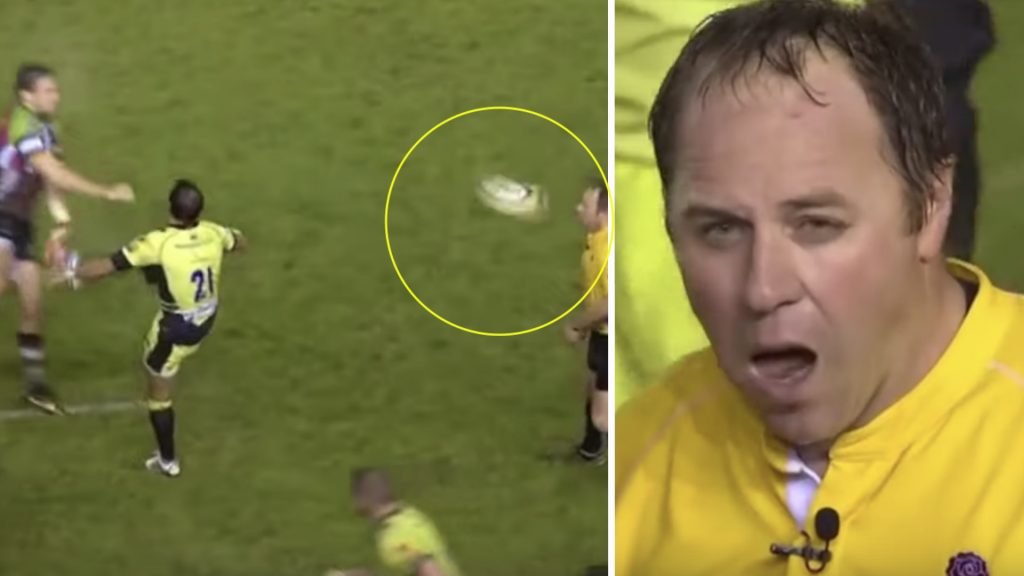 We know we shouldn’t laugh at a falcon shot, but this is truly hilarious.

Falcon = a term that is used in different forms of football to describe an accidental knock to the head with the ball. We’re sure you’ve seen this happen here and there in the past but this is the first full compilation of this falcon savagery.

Know anybody that has been a victim of the falcon shot before?

In other news: Academy coaches commit future to Saracens

The quartet played a major part in the success of the Academy players progressing to the first team in 2018/19 with 14 featuring across the Gallagher Premiership, Heineken Champions Cup and Premiership Rugby Cup.

Saracens’ homegrown approach helped them reach the Prem Cup final in March while they won the Premiership Rugby Shield with a 55-14 victory over Newcastle Falcons A.

To add to that, 11 of the 23 involved in the club’s European Cup-winning matchday squad have come through the Academy pathway with 10 included in the Premiership final.

The latter has also represented England Under-20s this season alongside Christie, Joel and Jon Kpoku with 17-year-old James Biss selected for Canada Under-20s.

Powell and Tirrell are both Academy graduates themselves who have transitioned from playing to coaching while Brown took up his post after retiring as a player in north London. Hynard worked at Sarries for 13 years prior to a stint with Premiership Rugby as Head of Academies before returning to Allianz Park in May 2017.

Hynard said: “It is really exciting for the club and the players involved in the academy system that these coaches have agreed long term deals with the club.

“Stability of the senior coaches has brought great success for the club and I see no reason why it won’t enable the Academy to go from strength to strength.

“I am lucky to be working with such talented young coaches who have so much enthusiasm and drive to develop the next generation of Saracens players.

“The coaches complement each other really well, it’s great to have JT and Powelly who know the Academy system so well, having been through it themselves, along with Kelly who has valuable international playing and coaching experience.”