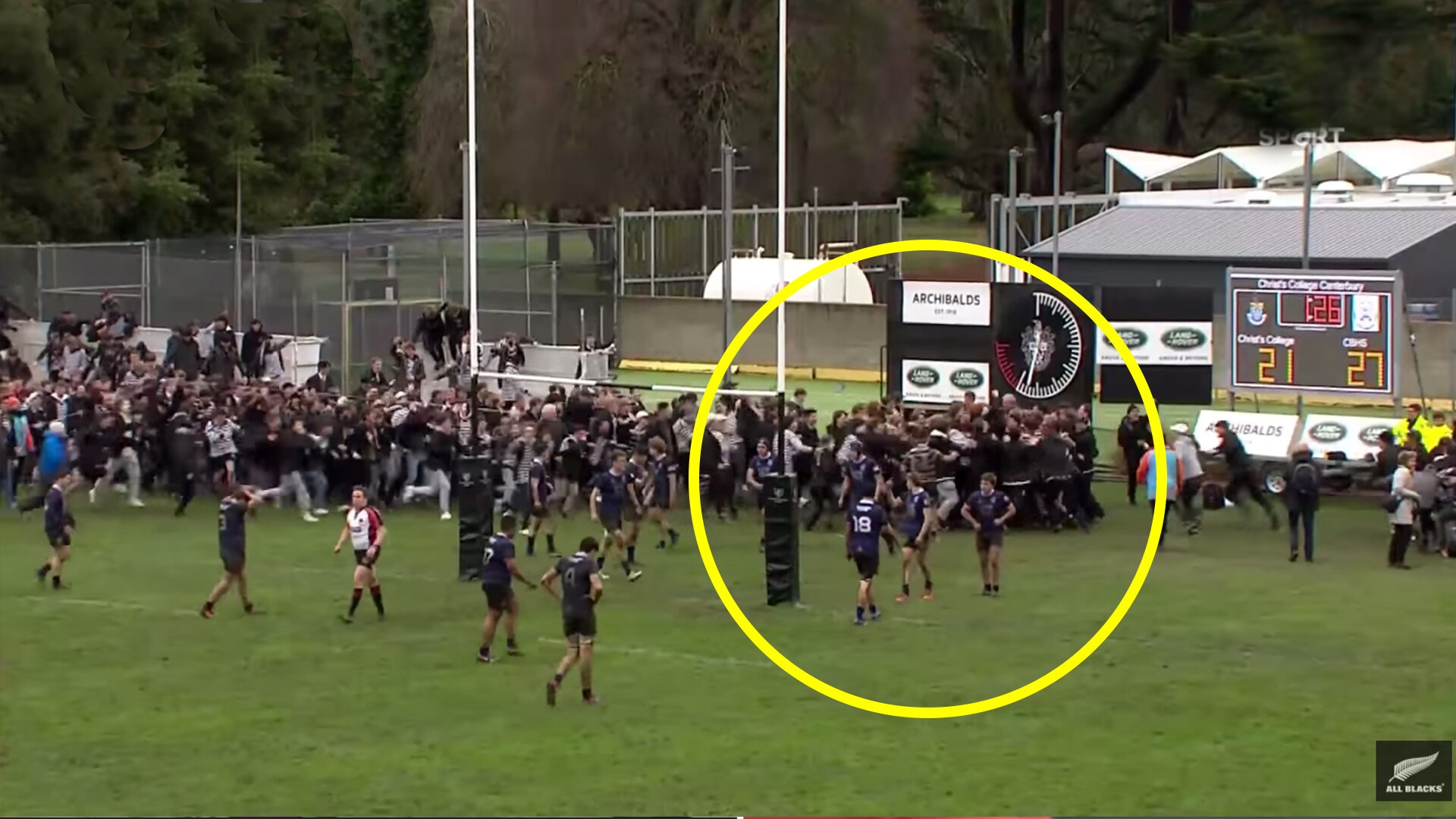 A prop in New Zealand rugby has gained instant god-like status after he created carnage with his very first involvement on the pitch.

In a XV match in New Zealand, Christ’s College were playing Christchurch Boys’ High in a massive grudge match.

Christ’s College were losing by 6 points when replacement prop Jack Jones took to the pitch with just a few minutes remaining on the clock.

Props in rugby are known for not being the most mobile players on the pitch, however, this prop turned that stereotype on its head with this incredible piece of play in the final moments of the game.

Picture this, you’re playing in the biggest derby against your arch rivals, and your prop does this.

In other news: Aaron Smith hints at Racing 92 move

Aaron Smith, the Highlanders and New Zealand scrum-half has said he’d ‘love’ to play alongside Racing 92 and Scotland fly-half Finn Russell in a wide-ranging Twitter Q&A with fans.

The 92-cap All Black, who has been in such scintillating form with the Dunedin-based franchise in Super Rugby Aotearoa in the past few months, will have put the free-flowing Barbarians on stand-by with such a tantalising half-back pairing all fans would pay to see.

Russell, who is known for his mercurial talents and devil-may-care attitude, had a high-profile difference of opinion with his national coach Gregor Townsend before the Six Nations, but he’s expected to back in the bosom of the Scotland squad for the recently arranged Autumn Internationals against France, Italy and Japan and the rearranged Wales game in the Six Nations.

Smith is widely acknowledged to be the world’s best scrum-half, with South Africa’s Faf de Klerk and France’s Antoine Dupont, snapping at his heels.

When probed on his fiercest adversary, the 31-year-old was fulsome in his praise of a former Springbok No 9. ‘My idol, Fourie (du Preez), SA legend.’ Prop carnage