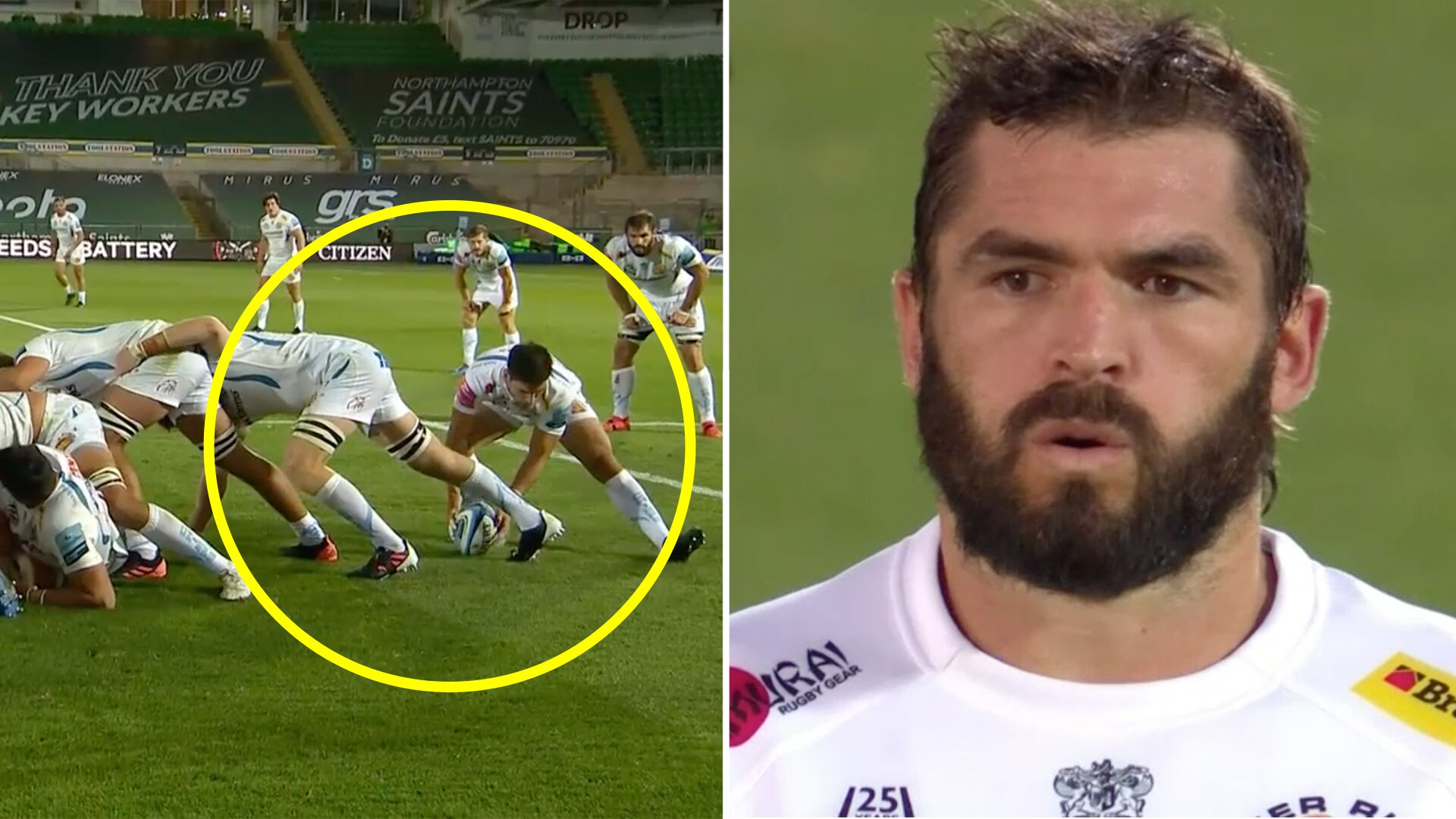 A rugby analyst, who we think must be some sort of genius has worked out exactly why Exeter Chiefs are so dominant in the Gallagher Premiership over the past few seasons.

A video analyst under the name of Geraint Davies Rugby Coaching & Analysis posted this video last night which was titled GDD’s Tactical Review: Exeter Chiefs – EVERYTHING you need to know!

The video is a deep dive into exactly why the Devon team have been so dominant in the games that they have played over the past few years.

The video combines humour and some seriously impressive analysis to look into exactly how they grind down teams into submission.

Flying high at the top of the #GallagherPrem, can anyone stop @ExeterChiefs this season? 🚀

Catch the highlights at 7pm tomorrow on @channel5_tv 🏉 pic.twitter.com/cnEriiywZf

We’re not even going to try and summarise what Geraint is explaining in this video, but what we can say is that the video truly does make you realise the small elements that Exeter Chiefs employ to dominate their opponents. We didn’t realise how much Exeter strangle and frustrate their opponents before they go in for the kill.

We were getting some Squidge Rugby vibes with some of the humour that they were using, however, the actual analysis in this is far more in-depth than something the former uses in their videos. That is not a slight on Squidge it just goes to show how good this analysis really is!

We strongly suggest you check out this video if you have a few minutes spare, we guarantee you will learn.

We would love to share more analysis like this, it truly shows just how much goes into being the best rugby team in England.