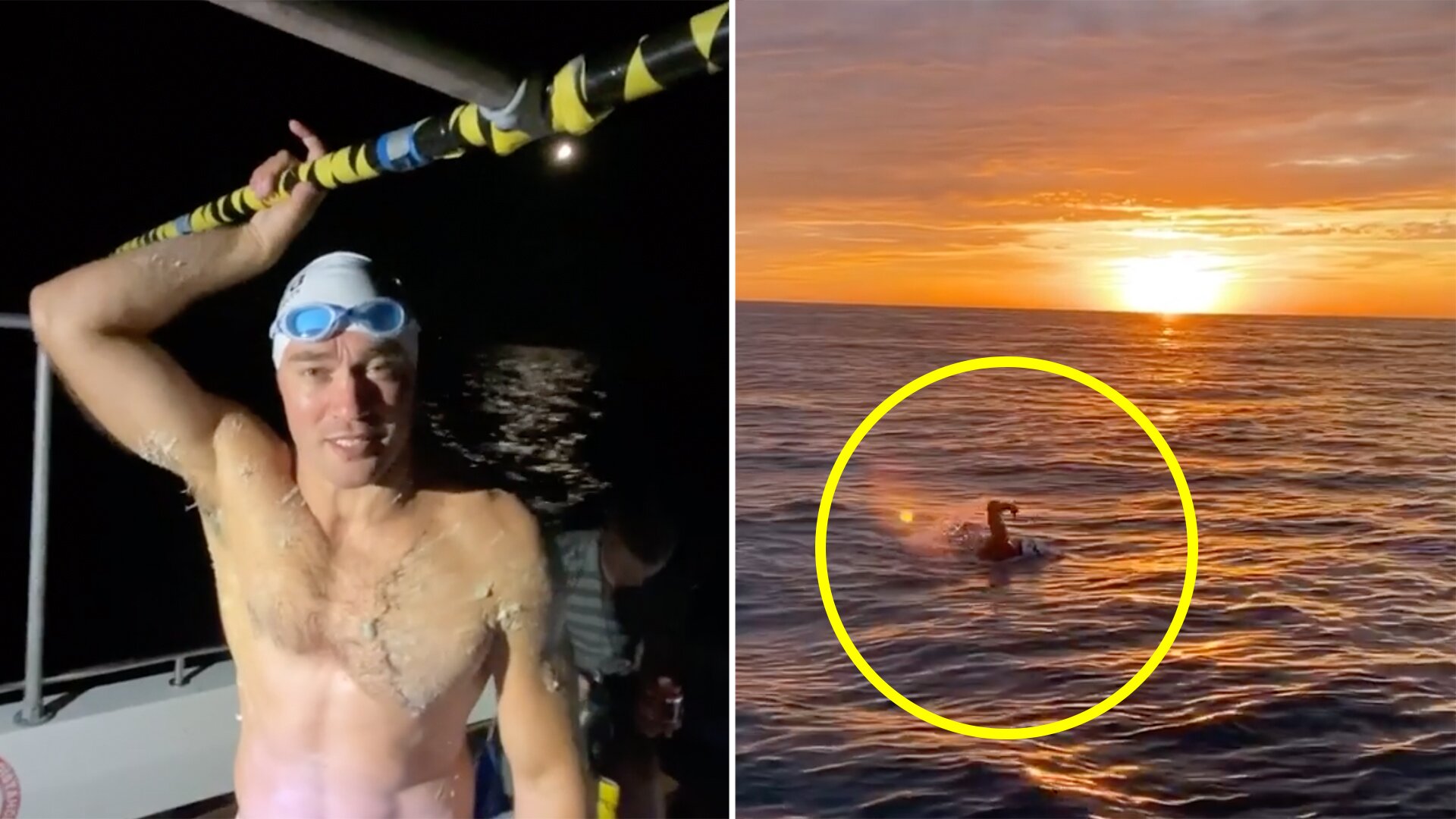 A former Premiership rugby player has been going viral after he posted incredible videos of him swimming the English Channel for charity.

Alex Grove, who retired from Worcester Warriors in 2018 decided to swim from Dover to France, decided to do the swim this morning, starting at 4 in the morning.

He announced that he would be doing the swim earlier in the Summer.

The 32-year-old set out with his brother Oli filming at 4 in the morning. We can’t even begin to think about how cold that water must have been.

The Warriors back was swimming the channel to raise money for Acorns Children’s Hospice, which provides support to children and their families battling serious medical conditions.

So far, the Scotsman has raised more than £20,000 for the hospice, who he decided to support after doing plenty of work for them during his playing time at Worcester Warriors.

When Grove started swimming, he had to have a flashing light over his head as he swam in freezing temperatures.

We were amazed by the stunning video that they posted as the sun rose over the English channel this morning. He was just over halfway by this stage.

Groves had already swum 8 miles at this stage.

They posted the incredible video of their final push towards the French coast. The video has been everywhere on social media since it was posted just over an hour ago.

Final push into 🇫🇷! Unbelievable so far from Al. Not long to go 🤞🏼🤞🏼🤞🏼 pic.twitter.com/2m0Cqki8Sc

They posted a video of the end of their incredible journey only minutes ago.