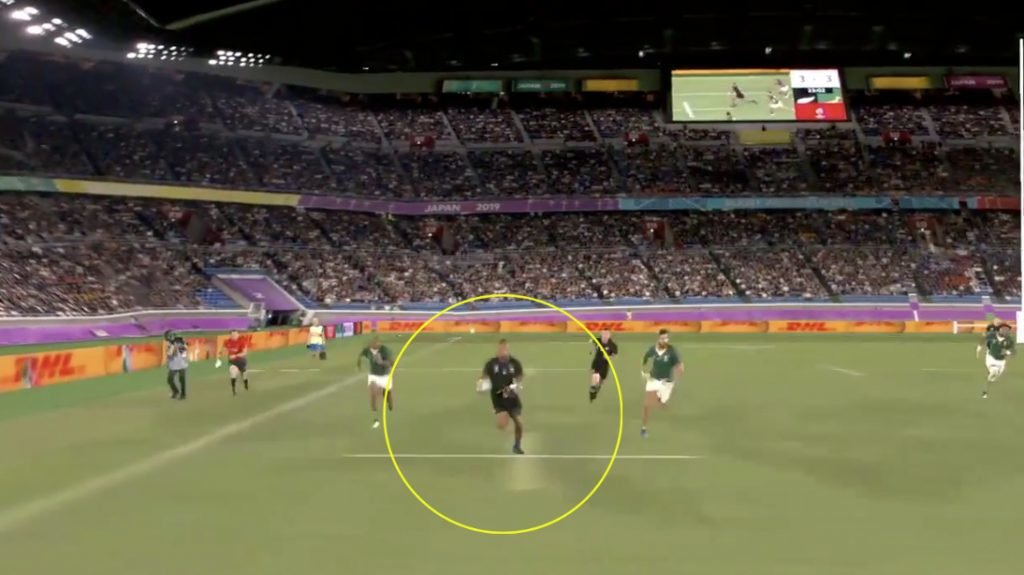 This is some year 3000 stuff, I can’t quite believe that we get to see Rugby played at this angle. World Rugby today posted New Zealand’s first try against South Africa on Saturday and this camera angle is just on another level.

It was announced earlier this month that Canon had teamed up with World Rugby to provide some stunning new camera angles for the World Cup.

“TOKYO, Japan, September 17, 2019/ — Canon Inc. (Global.canon) announced today that during seven matches of Rugby World Cup 2019, to be held from September 20 to November 2, the company will provide highlight footage created by the Free Viewpoint Video System to the International Games Broadcast Services (IGBS). These video highlights feature viewpoints and angles not possible with conventional cameras, effectively conveying the thrill of such sports as rugby and delivering an experience that feels like being right on the field.

Canon will create Free Viewpoint Video content during all seven of the tournament matches to be held at the International Stadium Yokohama. Captured video footage will be curated into highlight reels that display the excitement and superb skill of each play from the ideal viewpoint and angle. Generated video will be provided to IGBS, who will then distribute the content to rights holders for broadcast, streaming, news, sports commentary programs and other forms of content viewing. In addition, content will be made available on the Canon homepage approximately 24 hours after the conclusion of each match.”

We can’t wait to see them pull out more of these videos as the tournament goes on. Imagine Fiji getting this for their wonder tries.

The system comprises multiple high-resolution cameras set up around a stadium, which are connected to a network and controlled via software to simultaneously capture the game from multiple viewpoints. Afterward, image processing technology renders the videos as high-resolution 3D spatial data within which users can freely move a virtual camera around the 3D space, resulting in video that can be viewed from various different angles and viewpoints.