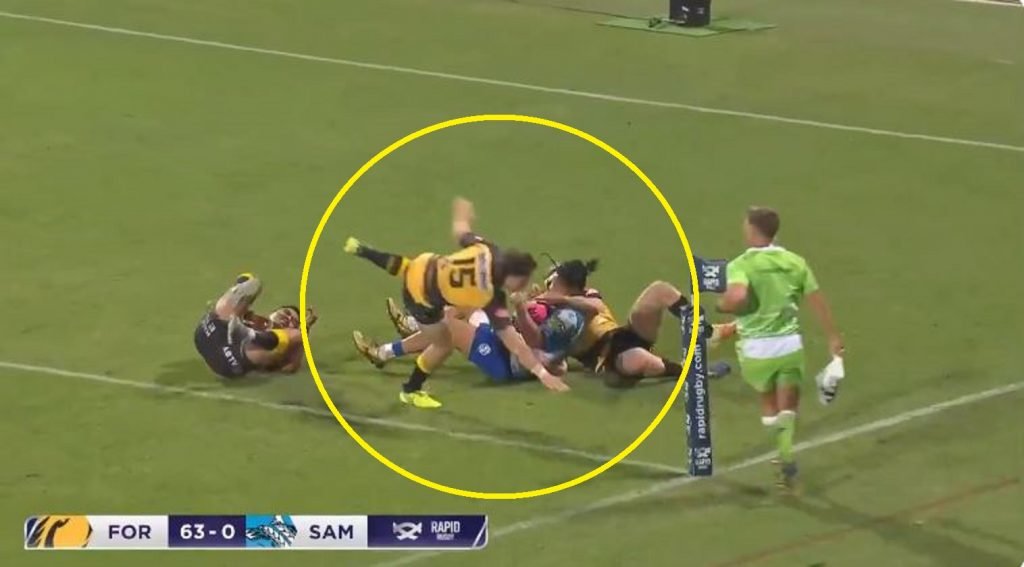 A truly ridiculous fetch has occured in Global Rapid Rugby

In order for the new format Global Rapid Rugby to take off, it will need some special moments in which fans stand up and take notice. Friday’s encounter between the Western Force and Kagifa Samoa may have had one of those moments.

The force may have destroyed their opponents 63-5, but Kagifa undoubtedly scored the try of the game, with a spectacular pass.

Is it a bird? Is it a plane? It's Rapid Rugby at its best!

This highlight is going to be talked about for a long time! 🏈👏 See @KagifaS deliver the most spectacular try + all the reactions!#NoMoreBoring #RapidRugby pic.twitter.com/Dt1t0sFWzM

Regardless of what standard of rugby this is, that offload is as good as it gets in rugby, and that would be hard to replicate in any format of the game.

Glasgow Warriors will take on Guinness PRO14 rivals Ulster as part of their preparations for the 2019/20 season, with the two sides set to meet in a brace of fixtures ahead of the new campaign.

The two games will provide Dave Rennie and his coaching team with a valuable opportunity to assess their squad ahead of the new Guinness PRO14 season.

The fixture on Saturday 14 September will be the first pre-season match played at Scotstoun since August 2014, when – despite a brace of tries from Niko Matawalu and DTH van der Merwe’s score – the Warriors found themselves edged out by a single point in a 24-23 defeat to Harlequins.

However, Glasgow’s last friendly match at Scotstoun saw them overpower the British Army in a comprehensive 71-0 victory in September 2015, Junior Bulumakau and Scott Cummings each recording two of the 10 Warriors tries on the night.