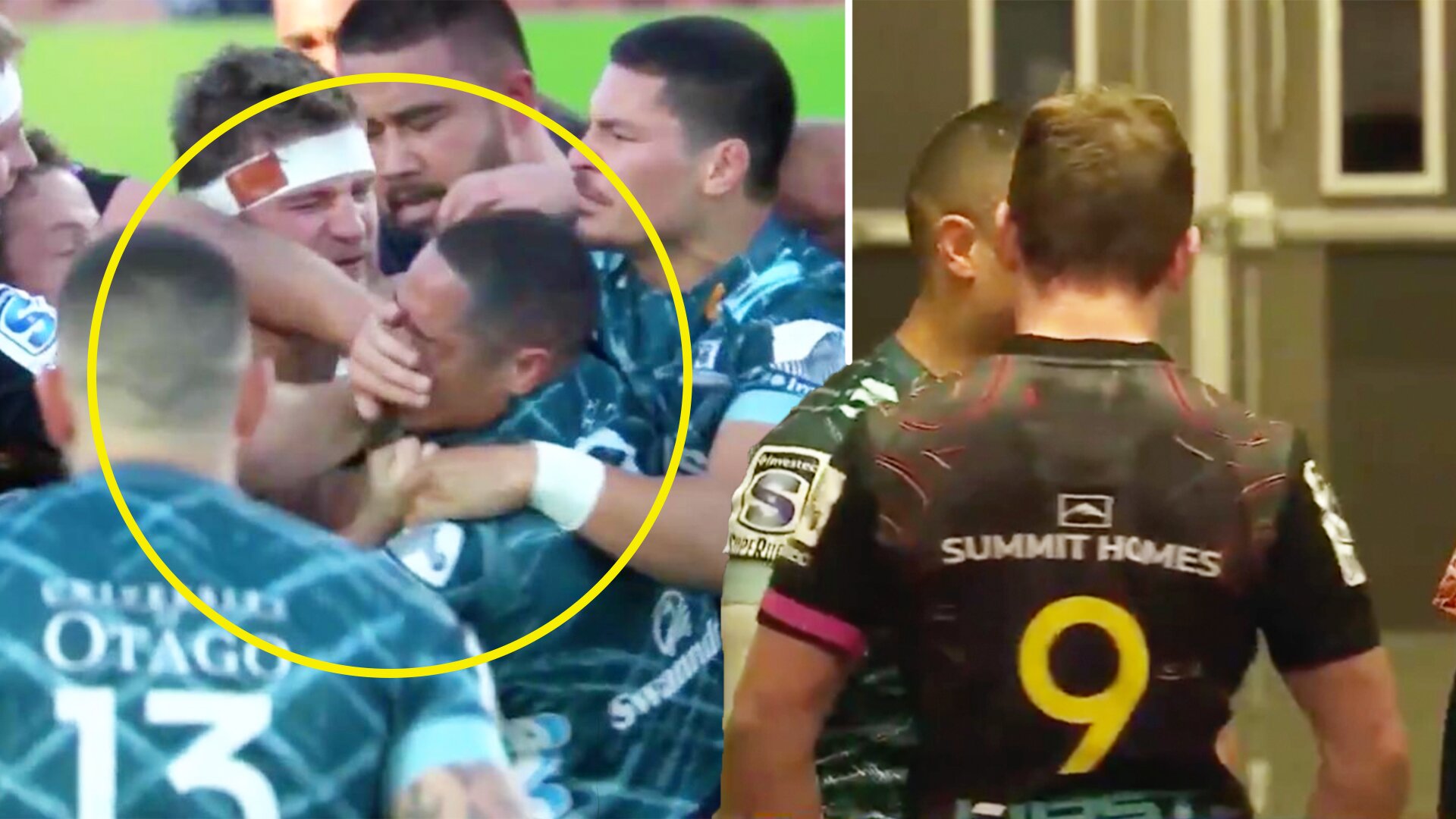 This new footage from last weekend’s Super Rugby clash between the Chiefs and the Highlanders in which scrum-halves Aaron Smith and Brad Weber got into a fight is going viral.

The pair got into the altercation after Weber accidentally connected with Smith’s face in a try-saving tackle just before the try line.

The resulting clash made headlines in the rugby world.

Things were clearly tense following the incident and it seemed to fire up Smith who played out of his skin for the remainder of the match.

New footage has surfaced showing both of the players in the tunnel after the game together.

What do you make of this?

Smith and Weber were both clearly furious with each other for the incident that took place.

This footage from Super Rugby’s Twitter page to the backdrop of ‘Happy Together’ by ‘The Turtles’ puts a playful spin on this savage confrontation between the pair.

The Cheifs scrumhalf, Weber, spoke to RugbyPass in this interview about the confrontation earlier this week.

Weber eventually saw the funny side

His side have suffered a record eight Super Rugby losses in a row after this weekend’s defeat to the Crusaders in Hamilton.

The pressure has been slowly mounting for Warren Gatland and his side following the disappointing run of results in Super Rugby Aotearoa.

There have been some calling for the former Wales boss to resign not only from the Waikato Chiefs role – but also as coach of the British and Irish Lions.