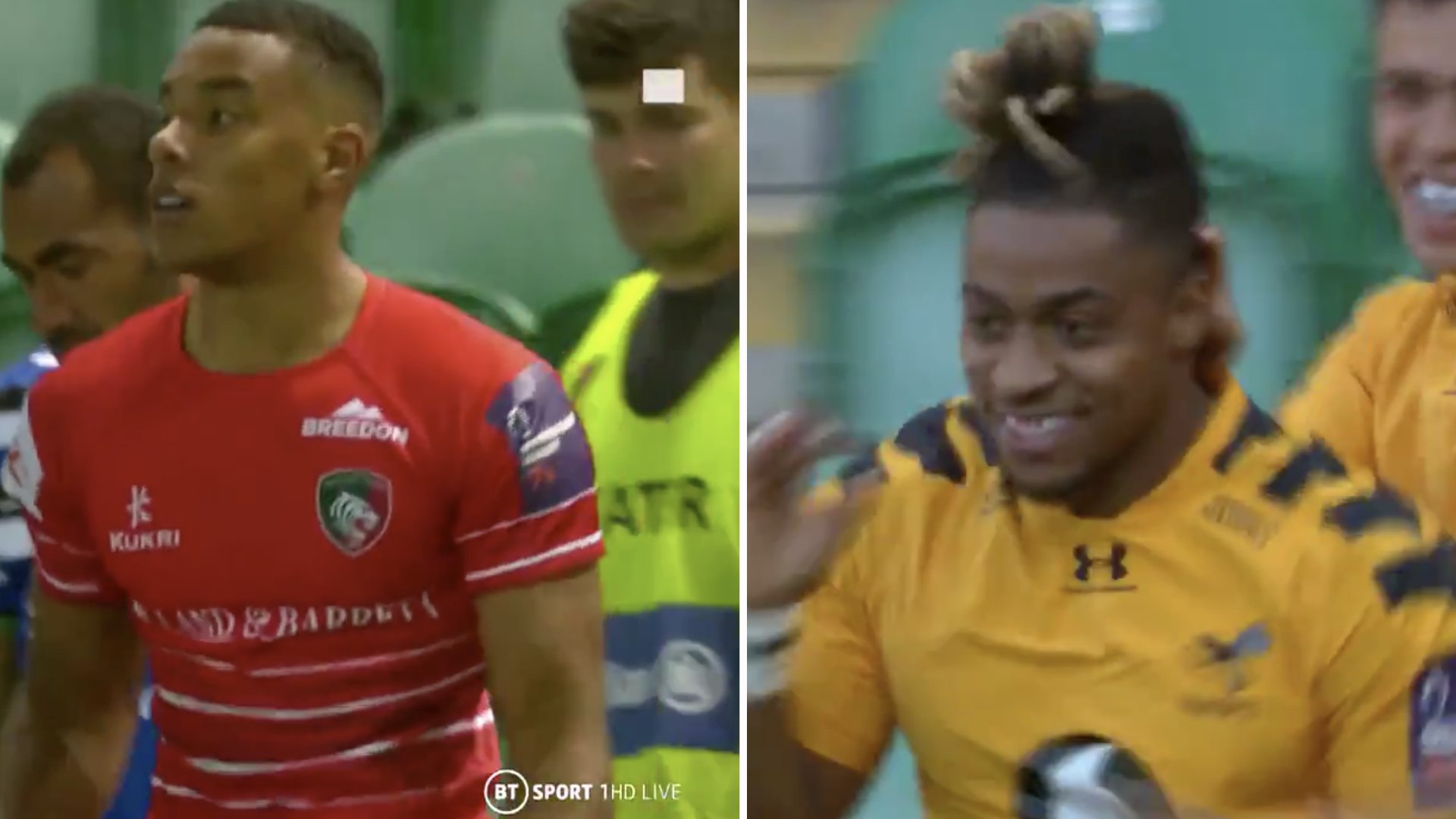 Academy graduates are shining for their teams in the Premiership 7s tournament this weekend, with the likes of Joe Browning for Leicester and Paolo Odogwu for Wasps.

Look at how deadly this attack was from the Leicester youngster, tipped by many to be the next big thing in English rugby.

Joe Browning wasn't in the mood for being stopped on his way to the try line 😂💪#PremRugby7s pic.twitter.com/bggs1JolTo

Similarly, Odogwuf for Wasps showed some blistering speed to score this try for Wasps, some unbelievable pace here to get through and score.

With two comprehensive wins from their two Pool B games, Wasps delivered a statement of intent on day one as they look to avenge their defeat in the final 12 months ago.

Wasps flyer Ben Vellacott said: “It was a great start for us but we just want to keep focusing on each game as they come. Going into the Bath game we just wanted to concentrate on that.

“We wanted to put in a good performance – which we managed to do – and likewise against Leicester. We did have a bit a shaky first-half start but we have a good squad.

“We can back our boys coming off the bench to make a good impact. With the squad we’ve got, we’ve got pace to burn and we’ve got some very talented players.”

Bristol Bears topped Pool C after coming from behind to beat Northampton Saints and Harlequins, with Hartpury man Toby Venner the star man after scoring six tries over the two games.

Bristol’s hat-trick hero Venner said: “It feels pretty surreal at the minute but it’s just come off all the hard work of all the lads on the pitch and it’s an honour to play for Bristol.

“It’s a great group of lads, a great support staff behind it and it’s just brilliant to be in this sort of environment. Bristol play a good style of rugby and it’s great to play with some of those boys.

“We’ve had two good wins but there are still some work-ons from both. It’s exciting to see what we can do if we nail those down going into the quarter-finals.”

Despite narrowly losing 28-22 to the Bears, Harlequins showed plenty of character as they beat hosts Northampton, with captain Jack Kenningham earning praise for his display.

Harlequins Academy coach Mark Mapletoft said: “He’s a brilliant player Jack, perfectly suited to sevens. He’s great in the air, chases those restarts and he throws himself around.

“He’s been great and he’s galvanised the lads. I text him to ask him whether he would captain the side and he was like, ‘Absolutely, I would love to’, he’s keen as mustard.

“I’m pleased we’ve qualified as I think over the two games we did enough. There are some good teams here and I’ve been impressed with Exeter, Wasps and Sarries as well.

“Bristol obviously beat us as well so it’s a tough tournament to win but we came here with the intention of doing so and we’re going to give it our best shot.”

Defeats to London Irish and Exeter Chiefs mean Gloucester will attempt to complete a hat-trick of Plate triumphs when they go up against Northampton Saints in the other competition.

Gloucester Rugby Academy coach Matt Teague said: “I think we’ve shown some promise. Our attack against London Irish was very good, but defensively we were poor.

“But it was great to see the boys have that attacking intent. We set ourselves a target from both games to show energy and intent, so we have to put both of those things together now.

“I am confident the lads can bounce back. They are still excited by the challenge of trying to emulate what we’ve done in the last two years by going on to win the Plate.

“This is Jake Morris’ third year here now and he spoke about going on to the Plate and setting ourselves the target of winning it now and that’s what we’ll aim to do.

The other Plate semi-final will see Bath Rugby take on Sale Sharks after the Blue, Black and Whites recovered from a heavy defeat against Wasps to push Leicester close.

Bath Academy coach Ryan Davis said: “It was hard going against Wasps. Out of our six restarts they won five, so straight away from source of possession it was hard to get into the game.

“It was a good experience for the boys to pick up on that and our objective going into the second game was to retain possession and actually try to win some of those restarts back.

“They were two contrasting performances as when we did, we actually scored some points. When we went three tries down against Leicester we could have been a team that shut up shop.

“We could have said we’ve had enough but we didn’t, we dug in and we came back with three good tries and we were really unlucky not to pip it at the end.”