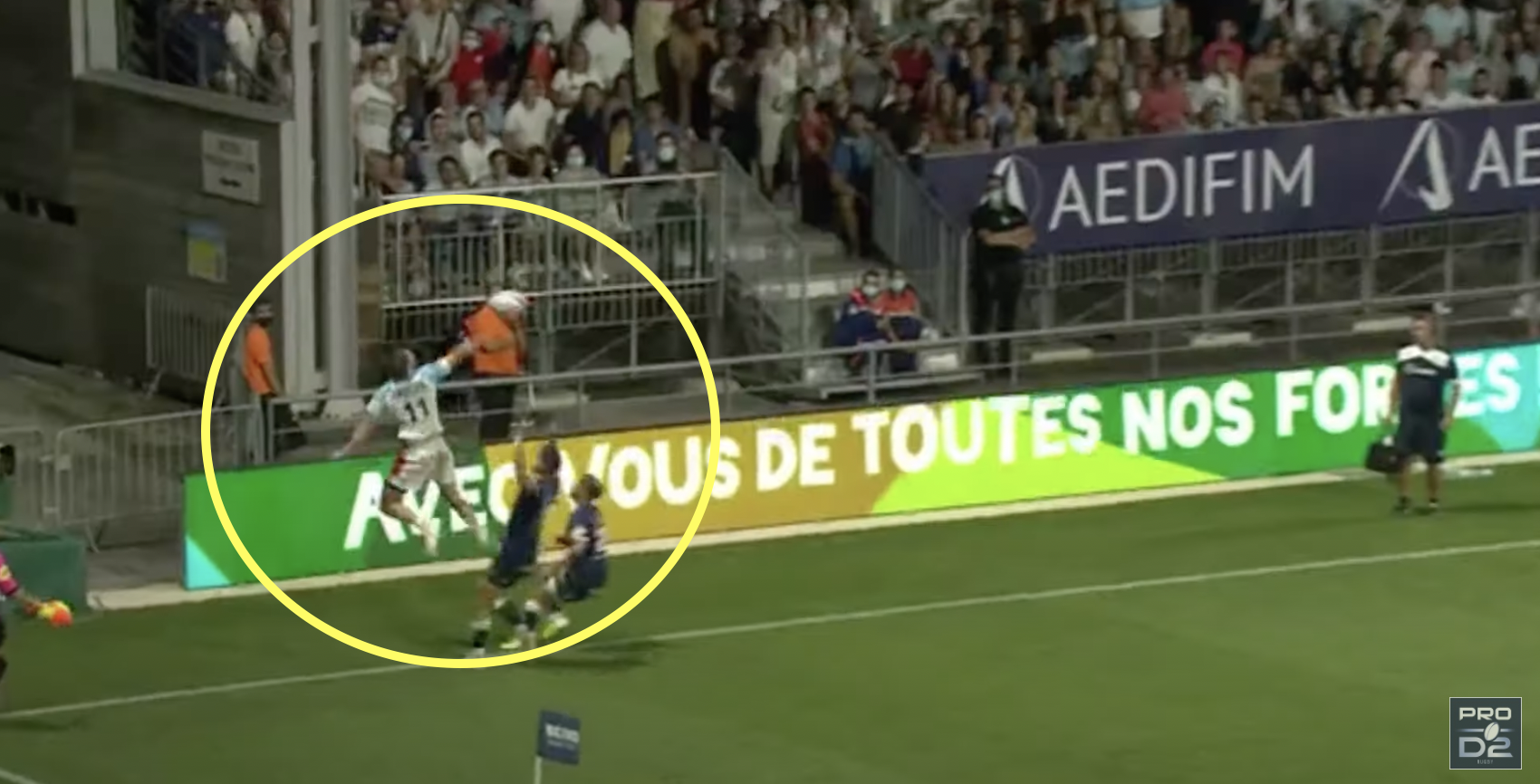 The new Pro D2 season in France is already underway and it has not been lacking in class in round one. Last season’s two relegated teams from the Top 14, Bayonne and Agen, got the new campaign up and running on Thursday with the hosts Bayonne producing a 37-16 win.

In amongst the points was a try for fullback Arthur Duhau, who dotted down in the final stages. But as far as tries go, it does not get much easier than his finish, as he more or less just had to put the ball down unopposed. All the work was done by his winger Remy Baget, who leaped to latch onto a cross-field kick from fly-half Maxime Lafage and keep the ball in play after it looked as though it would sail dead. Though it will not go down as his try, his acrobatics made an easy finish.

This match was a great way to get the season started, and was made even better by the pulsating atmosphere inside the Stade Jean Dauger. Seeing as this was a second division match, it is a good indicator of what the upcoming season is going to be like with fans returning to stadia.