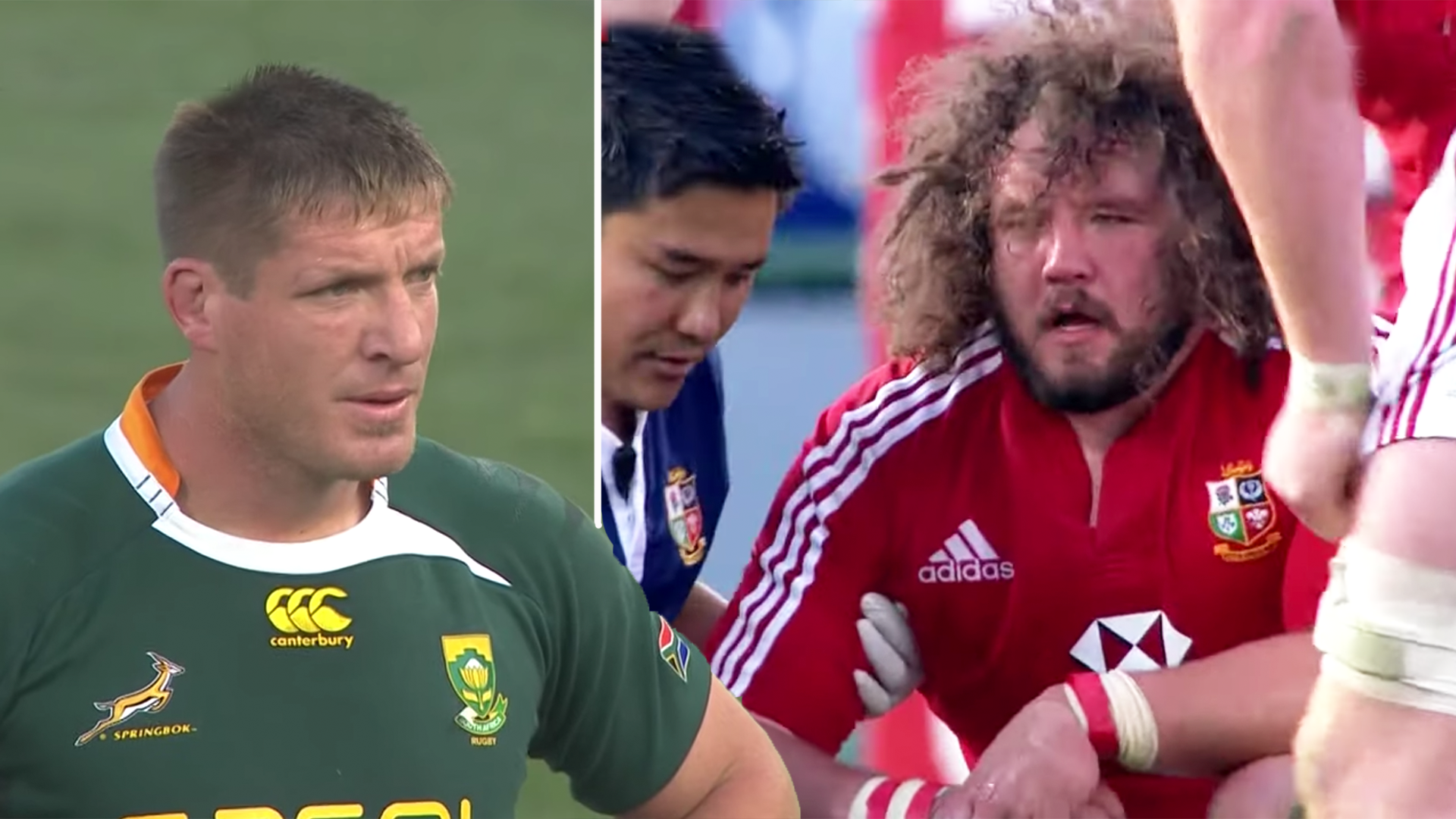 Adam Jones has come forward and spoken about one of the most controversial incidents in test match history in a new interview for the British & Irish Lions.

The prop who won 95 caps for Wales has given his thoughts on the 2009 Lions tour to South Africa which is widely considered to have been one of the most fierce and physically brutal test tours of all time.

Jones spoke about some of the most intense moments of this tour – including what it was like to scrummage up against the Springboks newest breakthrough sensation, Tendai Mtawarira.

The 2nd test of the 2009 Lions tour was notorious for it’s ferocity and intense physicality with some of the Springboks most renowned enforcers putting in the displays of their careers.

One moment that epitomised the savage nature of this test match was a period in the second half of the test at Loftus Versfeld where the tourists had to take off two of their Welsh props after the pair sustained devastating injuries within seconds of each other.

A blood-soaked Gethin Jenkins had his cheekbone smashed in just seconds before Adam Jones’ shoulder was popped out by Bakkies Botha in this brutal clear-out.

Adam Jones has now spoken out on the events of that day discussing all matter of that brutal tour to the home of the world champions.

Jones had come in for the second test – a week after Phil Vickery had been pulverised in the scrum by Mtawarira, who was now simply known as ‘The Beast.

‘The Beast was the new kid on the block and had obviously done so well in the first Test. And I was the guy who was going to tame The Beast. All the questions were ‘how are you going to deal with him?’ I quite enjoyed it. I didn’t look at it as pressure; I looked at it as challenge. After the first Test, I thought he was strong but I knew I could hold my own against him.

Jones recalls trying to desperately hold off a Springbok assault – just metres out from their own line.

“I could hear the atmosphere in the crowd change,” Jones recalls. “People say you can’t hear the crowd, but you can. South Africa were 5m from our line. There was a clear sense of anticipation. ‘Are they going to drive us over? Are we going to hold them?’”

The Welsh legend’s day was cut short after a controversial moment later on in the match in which Springbok lock, Bakkies Botha, smashed down onto the shoulder of Jones who was sealing off the ruck. He was banned after the incident for dangerous play with the clear out being adjudged as a shoulder charge. Here’s what Adam Jones thought of the incident.

“He definitely cleaned me out!”, “But I never thought Bakkies should have been banned. To be honest, I wasn’t in position quickly enough. I was probably being a bit lazy around the ruck and he caught me in a horrible spot. There wasn’t a lot of counter-rucking at that time – it became a thing after that.

To read the full Adam Jones interview, click this link.

Watch the moment in full in the video below.