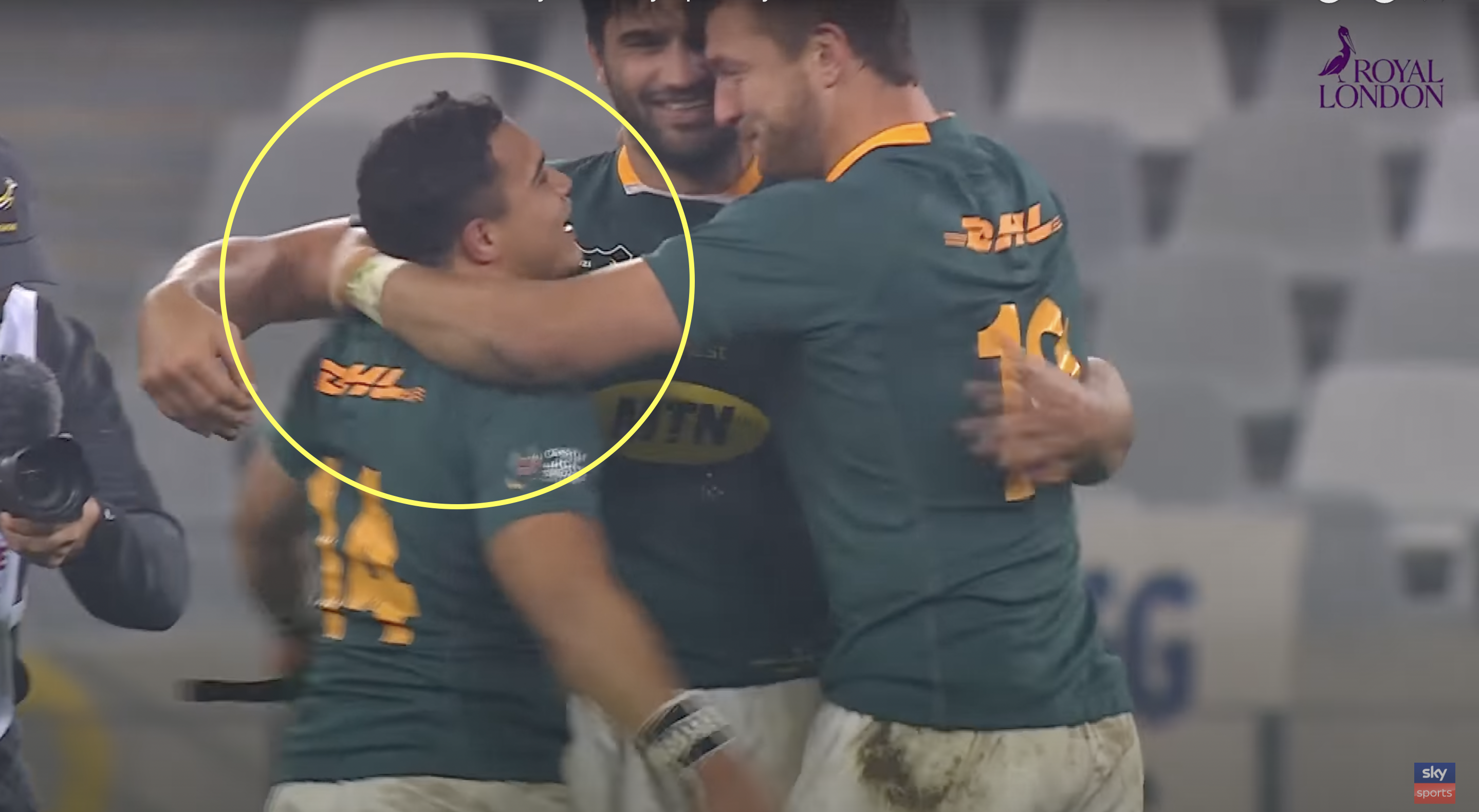 After a controversial Lions series, Kolbe shares the ultimate post with all his haters

For many British & Irish Lions fans, Cheslin Kolbe should not have even been on the pitch for the third Test at Cape Town Stadium after his antics in the second Test.

The winger has been called out for two incidents in that match, which many from Britain and Ireland feel were ban-worthy. One was the head on head collision with Tom Curry and the other way taking Conor Murray out in the air. He was shown a yellow card for the latter, but nothing more.

So to all those who were stewing over the fact that he was starting the third Test, the winger only rubbed it in further by scoring the match-winning try, which saw him savagely step fullback Liam Williams and then hand-off hooker Luke Cowan Dickie. It was a try to make the already raging fans apoplectic.

Well the World Cup winner added insult to injury on Thursday by sharing one of the ultimate collections of photos imaginable. After winning the European and domestic double with Toulouse this year, Kolbe shared photos of himself with the Heineken Champions Cup, the Bouclier de Brennus, the Lions series trophy and chucked in a photo of the World Cup for good measure. Sometimes words aren’t needed. Look away now Lions fans…