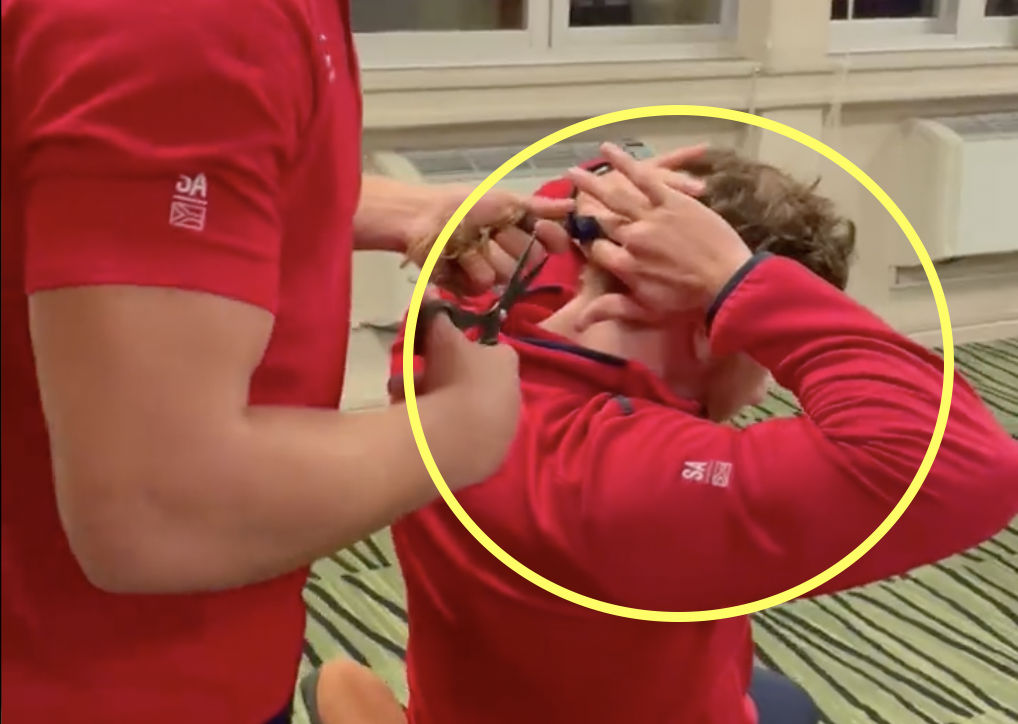 After savaging the Springboks, Lion loses all his strength

The Scotland loose forward has developed a cult-like status recently due to his hairstyle, so this will undoubtedly disappoint many fans. Watson shared a video on social media on Sunday of Lions and Scotland teammate Duhan van der Merwe chopping off his locks.

End of an era…! pic.twitter.com/gTXfN4afar

As Watson has obviously not played a game since losing his much-loved hair, it is unknown whether that was the source of his rugby power or not. The Scot runs around a rugby field like a child that has eaten their bodyweight in sugar, crashing and bouncing off of any defender that stands in front of him, and the hair may have been the reasoned behind that.

If anything, his hair could actually have become a burden, giving him too much power and aggression on the field. This was shown in the Test series, where his exuberant first Test cameo from the bench left him in hot water when he almost dumped South Africa’s Willie le Roux on his neck in a tackle, something that proved controversial after the match. So maybe for the sake of the opposition and Watson’s disciplinary record, the mullet had to go.

The look still lives on, however, through Exeter Chiefs and Lions lock Jonny Hill, who shows no signs of doing the same.