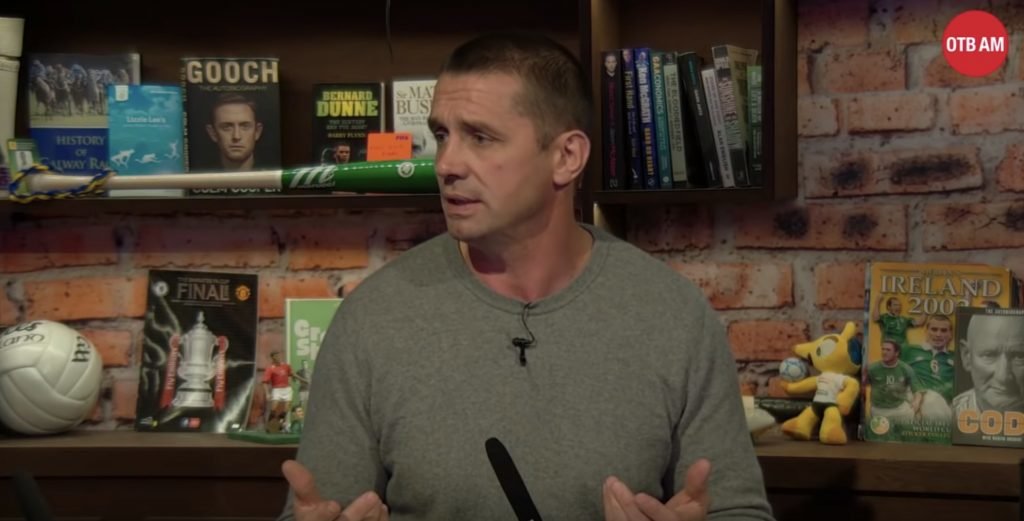 Former Ireland player Alan Quinlan has brilliantly responded to Warren Gatland’s comments that he made about Ireland and their playing style.

After the match between Ireland and Wales last weekend, Gatland made comments in a post-match interview saying that Ireland were just “off nine” all game.

Alan Quinlan had something to say about this, this morning as he appeared on Off the Ball’s AM program. Quinlan, said before his response that he likes Gatland, but that this was something that really annoyed him.

He speaks for a good 5-10 minutes on the topic but it’s amazing how Quinlan manages to statistically dissect everything that Gatland said.

CREDIT: Off the Ball

Hooker McGuigan and scrum-half Young are both products of the Falcons academy with a combined total of 253 first team appearances between them, taking over the captaincy from Will Welch after seven seasons at the helm.

Director of rugby Dean Richards said: “Michael and George are both outstanding players who display obvious leadership qualities within the group, and this club means a huge amount to them.

“I would like to personally thank Will Welch for the tremendous job he has done since I made him the youngest captain in our history seven years ago, and it should go without saying that he will remain a tremendously important voice in supporting Michael and George as co-captains.

“We have a really important season ahead of us with an exciting group of players, and we just can’t wait to get going.”

McGuigan, the 26-year-old who recently signed a four-year contract extension and is only four appearances away from his century for the club, spoke of his pride at taking the role.

He said: “It came as a massive shock to me but it’s a huge honour to be asked to co-captain the team I grew up supporting, and whose academy I came through. I hope I can do the club proud.”

Young, the 30-year-old scrum-half who has played 157 times for the Falcons, said: “I’m extremely honoured to have the opportunity to help lead this club. We have a huge challenge ahead of us this year and we are all looking forward to it.”

Newcastle will this season be looking to bounce straight back into the Gallagher Premiership as they compete in the Greene King IPA Championship, their first league game coming on October 12 when they travel to London Scottish. Before then they face three games in the Championship Cup, beginning on September 21 when they visit Jersey Reds.

Newcastle have a host of players on Rugby World Cup 2019 duty in Japan during the early part of the campaign, with call-ups for Sonatane Takulua and Cooper Vuna (Tonga), Josh Matavesi (Fiji), Logovi’i Mulipola (Samoa) and Greg Peterson (USA), while England’s Mark Wilson will join Sale Sharks on loan for the season following the culmination of the tournament.