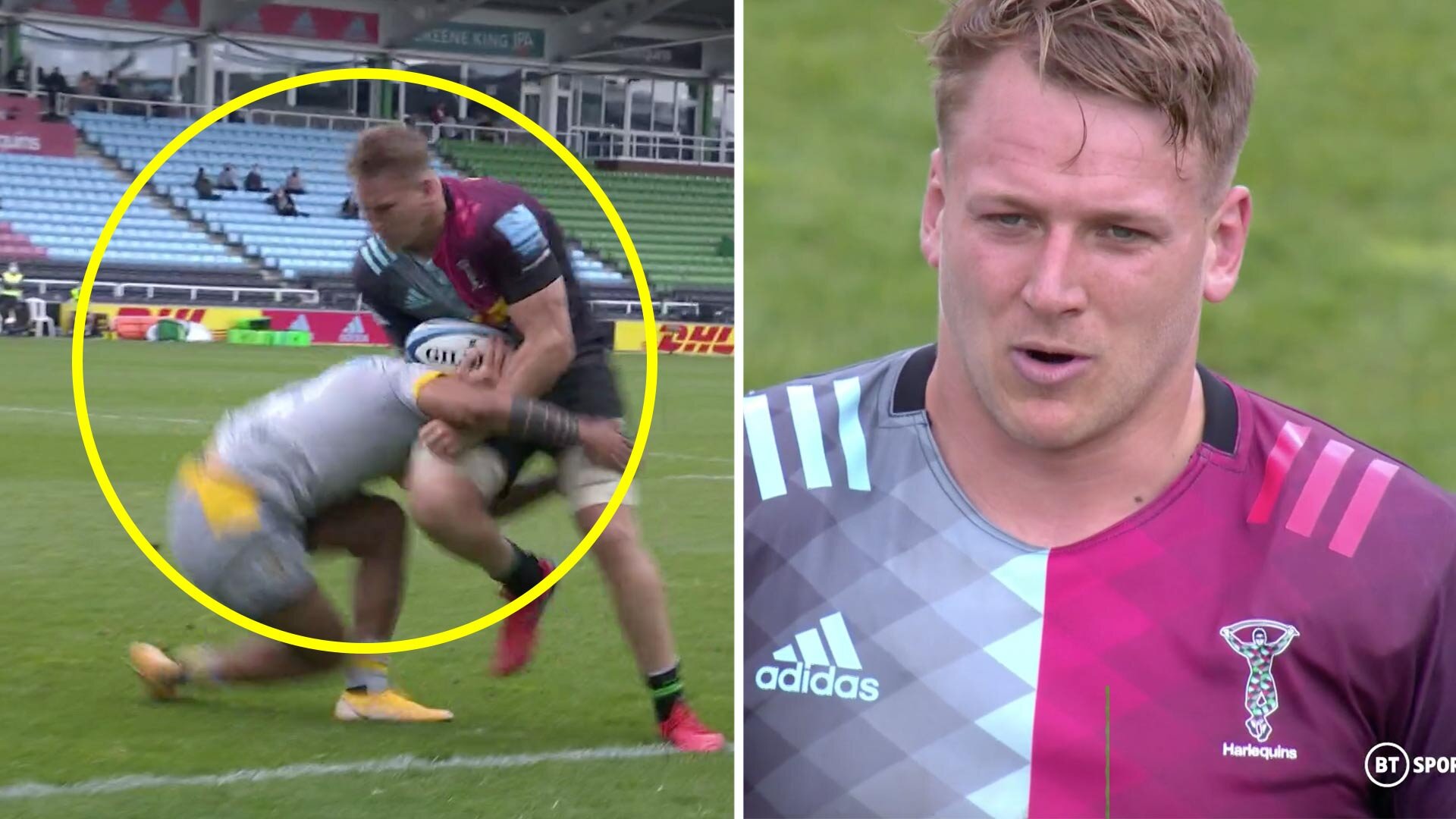 Harlequins back row Alex Dombrandt reminded rugby fans why he is such hot property this weekend with a terrifying try against Wasps.

The Number 8 has been tipped by many to play for England for years and he recently missed out on a Lions spot despite being completely out of contention.

The game itself was crazy enough with Mike Brown effectively ending his Harelquins career early with this sickening stamp on Tommy Taylor.

Red for Mike Brown and that could be the end of his Quins career. pic.twitter.com/i9UnPY1V9o

However, there were positive signs also for Quins with this brilliant try from their Eight.

It is interesting that BT Sport didn’t share this Alex Dombrandt try.