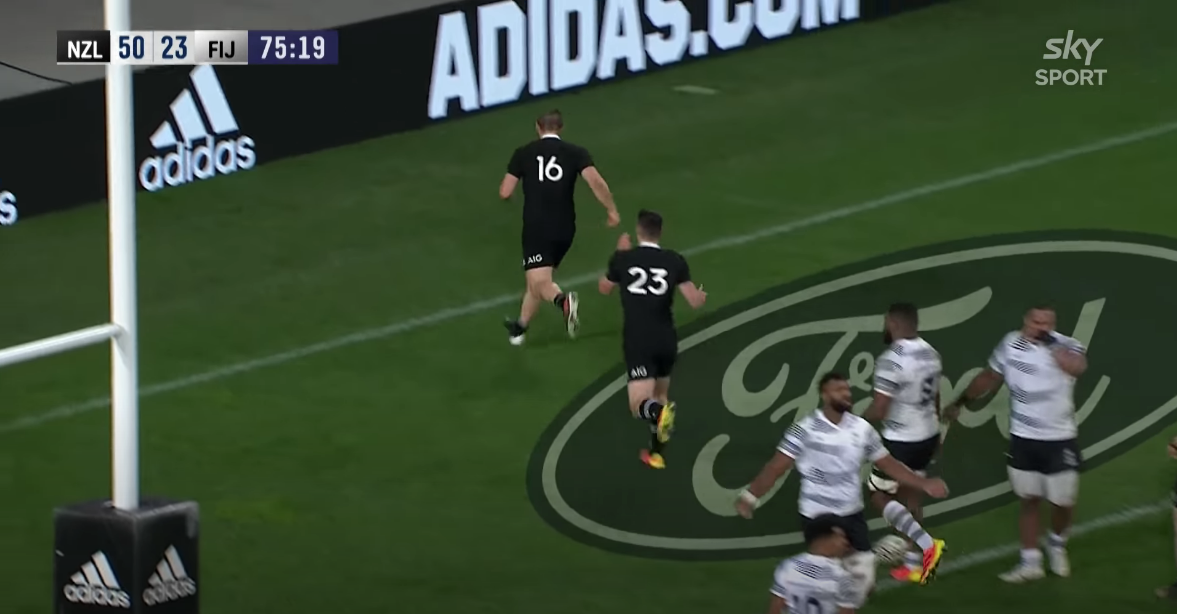 All Black brings teammate back to reality after weekend heroics

All Blacks scrum-half Brad Weber has offered his take on his teammate Dane Coles’ four tries at the weekend, which may bring the hooker back to reality.

Coles scored four tries after coming on from the bench in the 57-23 win over Fiji in Dunedin on Saturday, three of which were from driving mauls, and Weber said that the team have “been hearing it from him all week.” In response to this feat, the Chiefs No 9 said “I reckon my Grandma could have rolled over those ones at the back of the maul.”

To be fair, Weber did give some credit to Coles for his fourth try, although that still was not the most well worked try. The build up was impressive by the All Blacks, but Coles snapped up a loose ball that popped out of the ruck close to the line.

Coles was not the only Test hooker to grab a handful of tries at the weekend, as England’s Jamie Blamire bagged a hat-trick against Canada on Saturday. This is becoming more and more common when powerful packs come up against weaker sides.