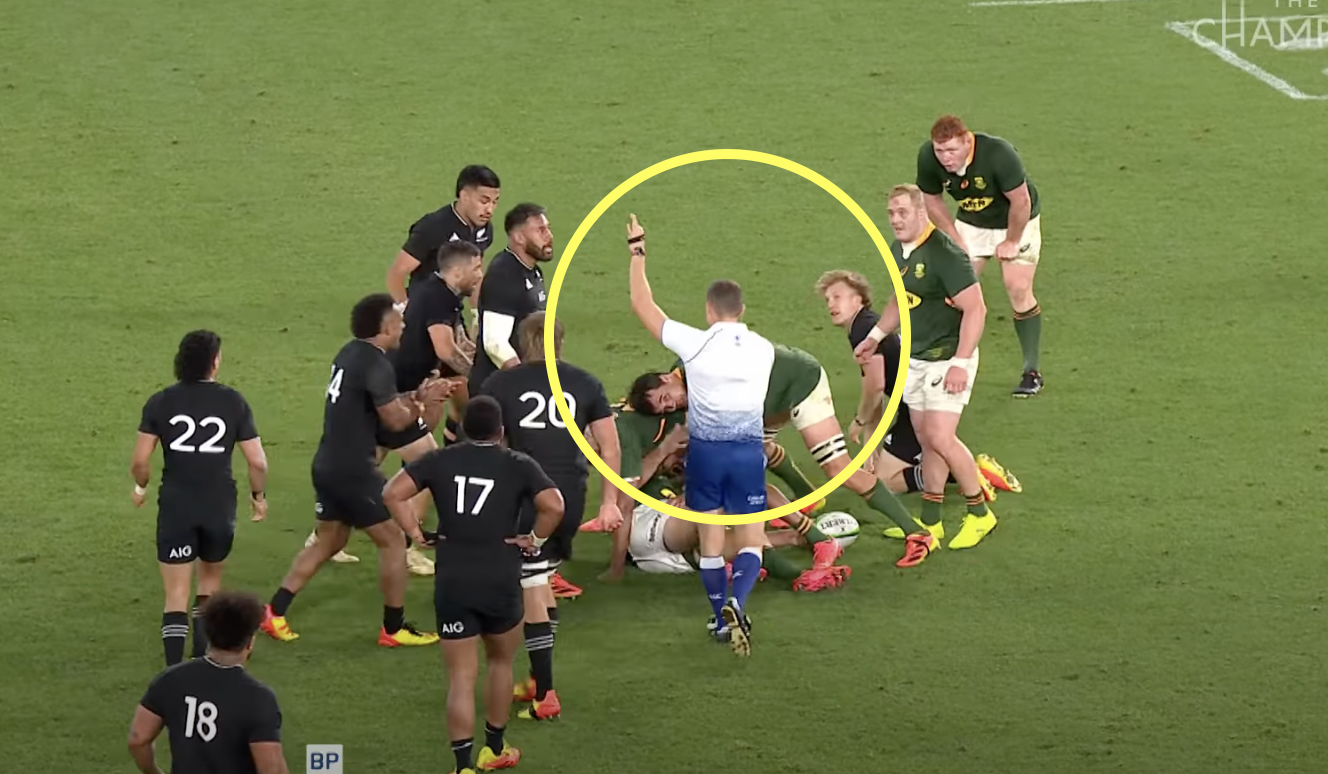 All Blacks exposed! NZ got away with so much against Boks

When World Rugby announced the new Laws for the international game, the All Blacks must have been licking their lips at the thought of all the new ones that they could get away with.

It is no secret that the offside line for the the Rugby Championship winners has always been mysteriously non existent, but there is now ten minutes of proof that they got away with much more against the Springboks on Saturday.

A video shared by TAS Analytics online pinpoints the instances that Ian Foster’s side fell on the right side of the referee’s whistle on the Gold Coast in their narrow loss to the Springboks, much to the dismay of Bok fans and maybe neutral fans across the world. Of course, there is a plethora of offsides and side entries at the ruck that went unnoticed, but there are even situations shown where South Africa were penalised for being offside when they were not.

Perhaps the most controversial of all the decisions was Brad Weber’s try, which came from a stolen lineout on the Springboks’ line. However, the video shows that the ball went forward off prop Joe Moody’s arm before Weber pounced on the ball. This was actually checked in the match, and it was deemed to be all clear.

The Springboks came away with the win after being awarded a penalty in the final play of the game, which came from the All Blacks being offside. This was perhaps justice for the many Springbok fans who may have felt aggrieved throughout the match. As this was a win for Jacques Nienaber’s side, the video can hardly be viewed as sour grapes from South Africans.

Though the Rugby Championship was already in the All Blacks’ hands going into the match, the win meant the Springboks returned to number one in the world rankings.