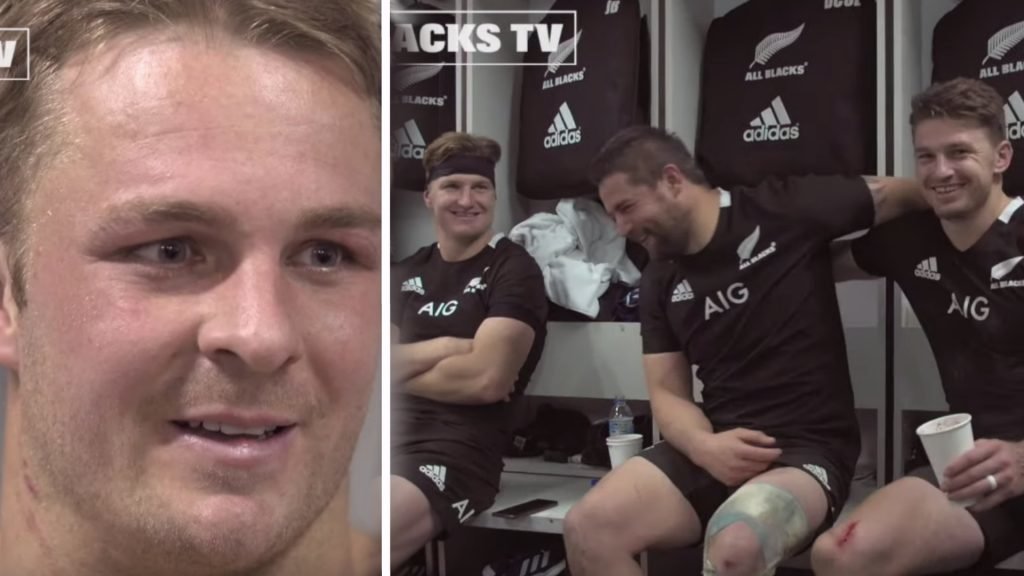 The “In the Sheds” video that New Zealand release after every international match is usually a dull affair. The video is meant to measure the reaction of the All Blacks after their games and it’s normally as drab as a job centre in Norwich on a Tuesday. However this game was different.

In this episode the All Blacks all looked visibly giddy about the fact that they got away with a narrow win over the pumas. The reaction from the players is evident to say the least.

If anything, this reaction is an indication of just how far Argentinian rugby has come. A few years ago this match would be little more than a formality for the men in black. But now it could be argued that this will be the most difficult match for the All Blacks of the whole tournament. They will be one to watch for sure come World Cup time.

Sam Cane tried his best to do a Kieran Read creepy eyes impression but you could tell from his reaction that he knew the All Blacks got away with it.

It’s more entertaining than the normal videos they put out that’s for sure.

In other news: England Under 18’s name team for South Africa

England men U18s head coach Jim Mallinder has named his 26-player squad for the U18 International Series in South Africa.

Mallinder’s side will play fixtures against Argentina (9 August), France (13 August) and South Africa Schools (17 August) during the series.

Based at Stellenbosch Academy of Sport, the squad will fly to South Africa on 4 August for the annual development tour which marks the start of the U18 international season and for many players the start of their England journey.

Jim Mallinder said: “The U18 South Africa tour gives our players a unique experience of playing an international tournament, away from home, at the start of their pathway journey.

“To play two fixtures against southern hemisphere opposition, as well as a game against France, will be valuable for them as they look to transition through the pathway and I want them to make the most of the experience.

“I want them to understand what it takes to be part of an England team, but to feel comfortable exploring their game and developing their skills in this environment.

“The games come thick and fast so they will also get an insight into the importance of their behaviour off the pitch, focusing on recovery and analysis as well preparation for the next match.

“The tour is about more than just the matches though and I hope they also get to experience the unique culture in South Africa, form friendships with players they will progress through the pathway with and make some memories along the way.”