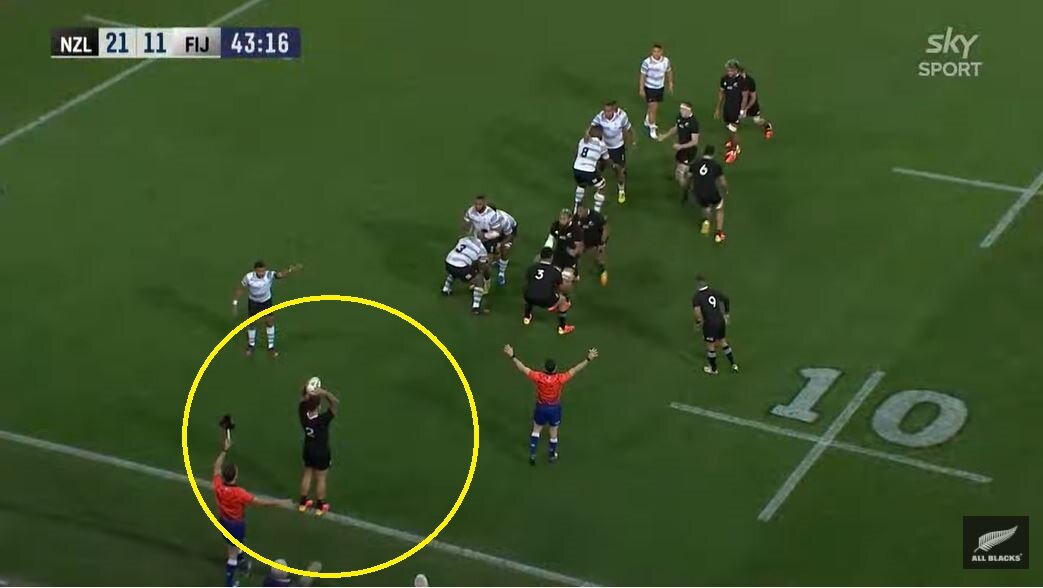 All Blacks now allowed to throw ball forward at lineouts?

This pretty whack from the All Blacks who, desperate to beat Fiji, resorting to throwing the ball forward in the lead-up to tries in order to score.

Referees have always let forward passes go in the summer hemishphere, but this one off a static lineout really takes the biscuit.

It ended up 57-23 but that totally didn’t reflect the run of this game, in which Fiji were in it up until about the 62nd minute. Some pretty poor one on one tackles from Vern Cotter’s men let them down at times, even if their lineout maul caused problems for the All Blacks.

Anyway, you can catch up on all the highlights from a throbbing Test between the All Blacks and Fiji played under the roof in Dunedin.

Ethan de Groot bio: Raised in New Zealand’s deep south, the form of 22-year-old loosehead prop Ethan de Groot has been a highlight of the Highlanders campaigns this year. De Groot developed as a player at Southland Boys’ High School and rose through the Rugby Southland Academy and age group teams before making his provincial debut for Southland in 2018. He made two appearances off the bench for the Highlanders last year before becoming a feature of the matchday 23 this year, scoring two tries in the ‘Landers win over the Waratahs in Sky Super Rugby Trans Tasman.