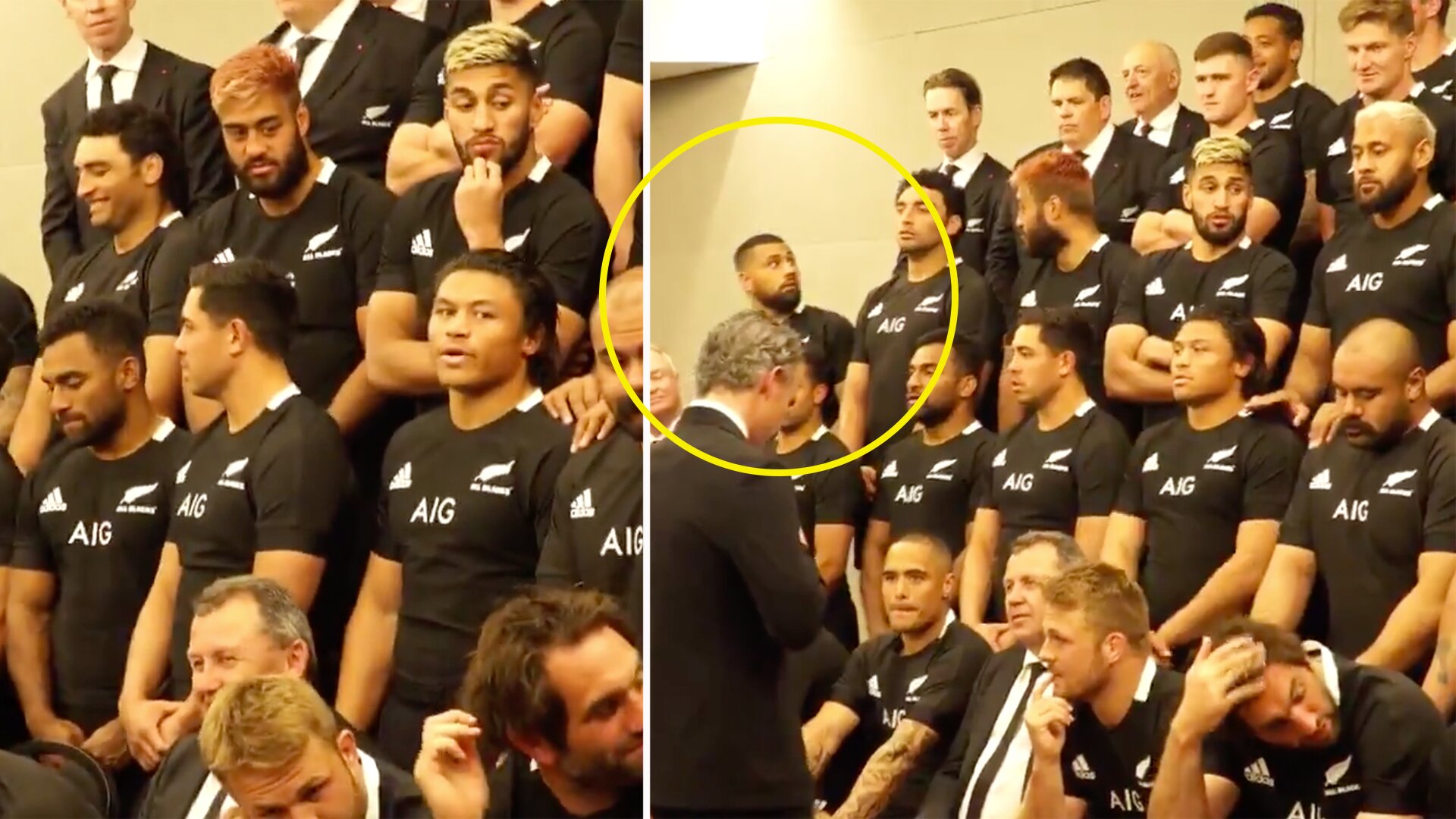 Team photo’s in the build-up to test matches are normally very run of the mill things. This photo-op for the All Blacks was everything but that with this moment becoming viral online in the last 24 hours.

New Zealand prepare for their first test match of the year this weekend with a much-anticipated clash against the Wallabies.

There is huge excitement leading into this fixture with both sides naming a whole host of new faces in their matchday squads.

We see in this new video posted by the All Blacks social media team as the new-look squad lines up for a team photo there’s something very out of the ordinary taking places – led by a contingent of players in the middle row of the photograph.

The likes of Caleb Clarke, Sevu Reece, Anton Lienert-Brown and the Ioane brothers are the cause of this fast-growing viral moment.

Watch the viral new video in the link below

Wasps and Bristol have announced their teams for Saturday’s Gallagher Premiership semi-final in Coventry. Lee Blackett has made two changes to the Wasps starting line-up that beat Exeter Chiefs.

Joe Launchbury returns from injury to captain the side at lock and Jack Willis returns to the Wasps back row. The backline is unchanged from last Sunday’s victory.

Bristol, meanwhile, have chosen an XV that is an entirely new starting line-up to the side that suffered defeat to Wasps in round 20.

Appearing in their first semi-final in 13 years, skipper Steven Luatua returns while Nathan Hughes is also named in the back row.

Andy Uren is selected at scrum-half while Callum Sheedy, fresh from an international call-up with Wales, also comes back into the side.George Kloska is listed among the replacements with Will Capon (ankle) and Bryan Byrne (hamstring) unavailable.