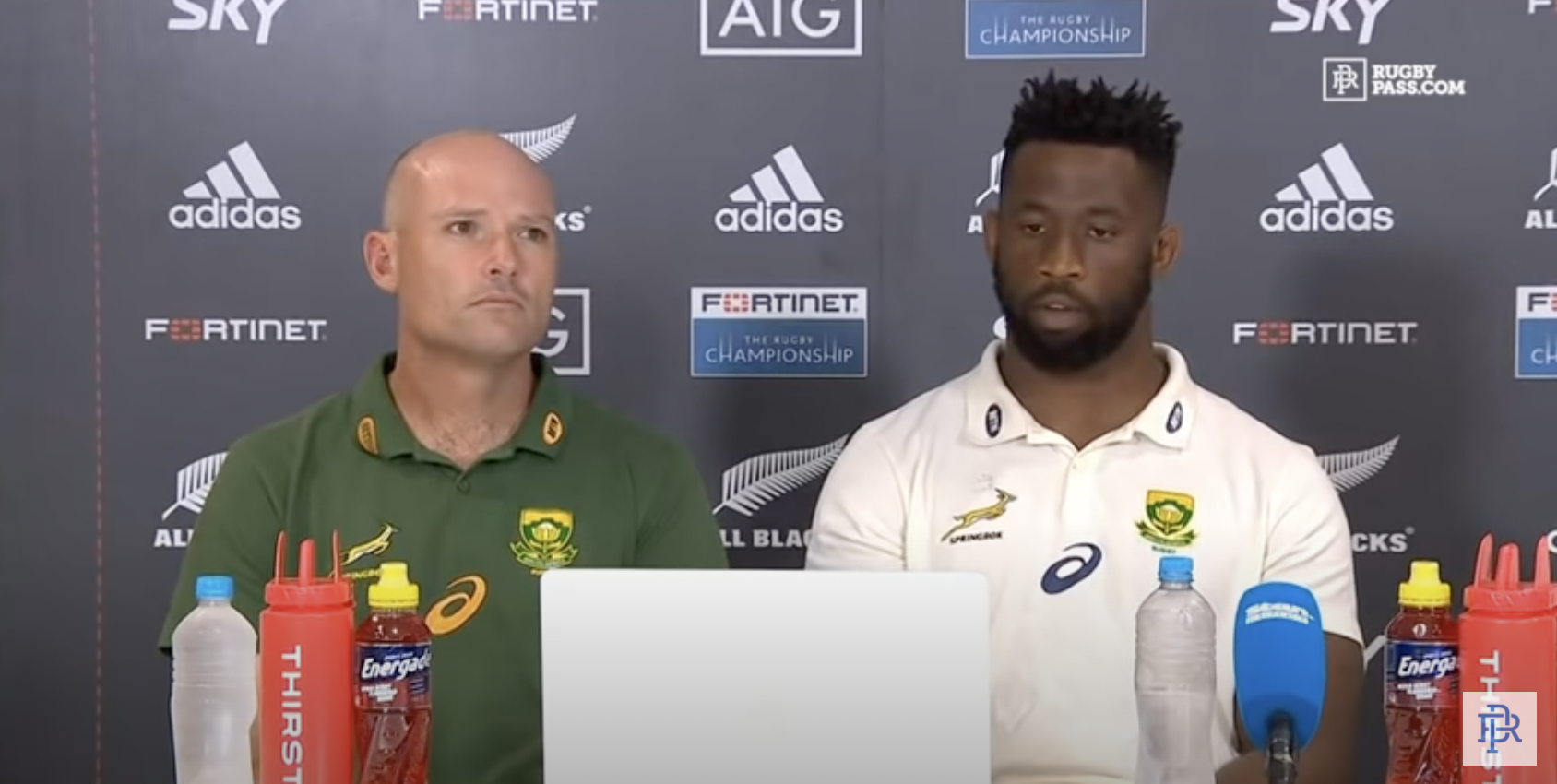 South Africa will not have long to lick their wounds from their agonising loss to the All Blacks last weekend, as they face a repeat fixture this Saturday on the Gold Coast.

To make matters worse for Jacques Nienaber’s side, Richie Mo’unga has arrived at All Blacks training after quarantining. This will not be a pleasing sight to anyone involved with the Springboks, as the All Blacks No10 has been their form player since the 2019 World Cup, and even before then.

Mo’unga also has almost a week of training before Saturday’s match, which gives him time to acclimatise with the squad in case he has just spent the last two weeks watching TV while being in quarantine.

Meanwhile, the news gets worse for South Africa, as they will be without Cheslin Kolbe again this weekend. The winger has missed the last three matches, against Australia twice and the All Blacks, with a leg injury. The Boks happened to lose all three of those matches, and Nienaber revealed that the plan was to include him in the starting XV.

He said: ““Cheslin would have started the match if he made a full recovery from the leg injury which has kept him out since the beginning of our Australian tour, but unfortunately his injury flared up during the latter stages of Tuesday’s field session, so we could not select him.”

Saturday’s loss handed the Rugby Championship to the All Blacks, although it was practically theirs going into the match. The week before, the Springboks had also lost their number one world ranking to the All Blacks, meaning it has not been a fantastic couple of weeks for the world champions. With Mo’unga returning to the fold, it will only get harder to South Africa as well, as they seek to end the Championship on a high.