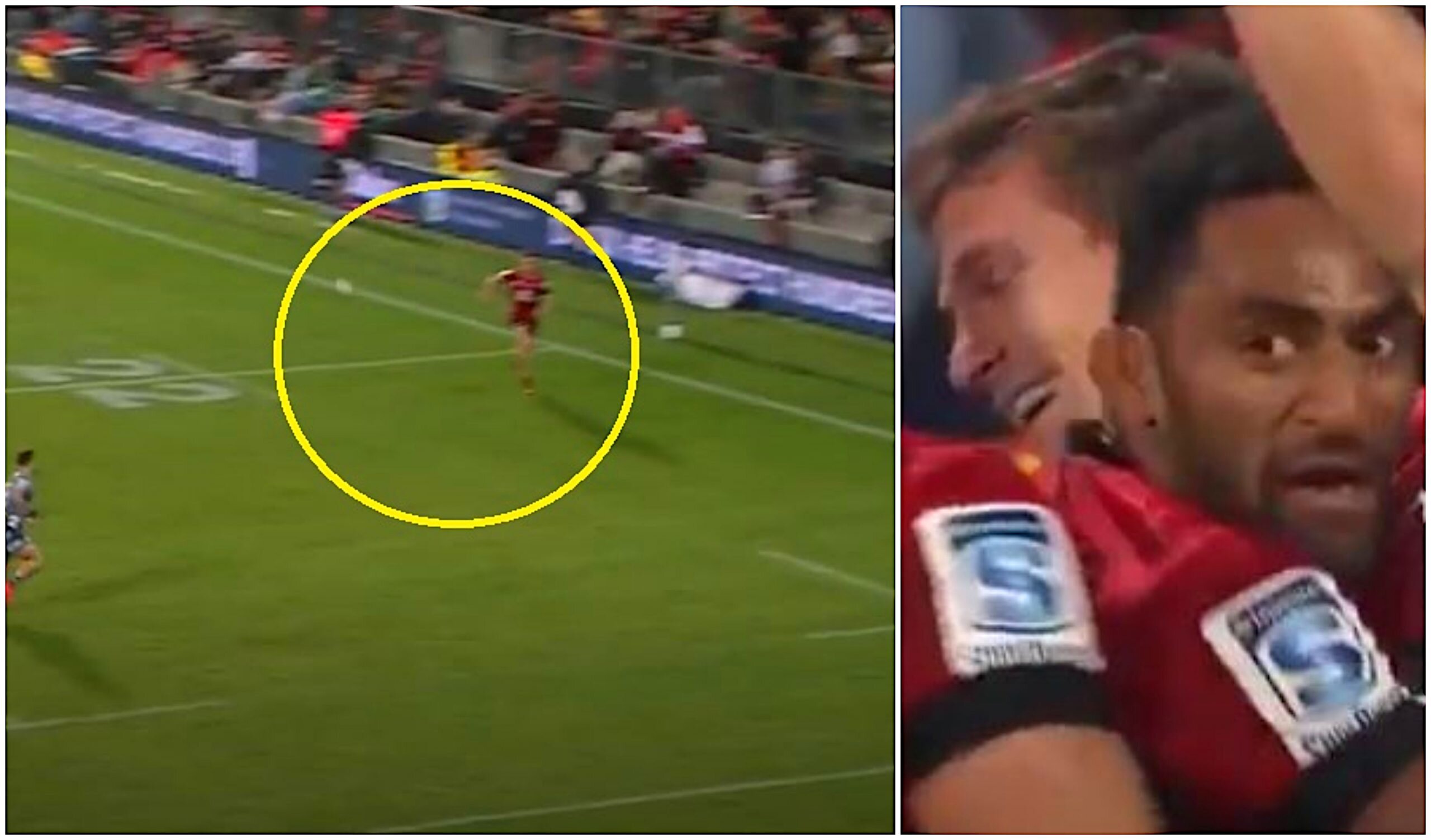 Do you get extra points for luck is it? George Bridge is a fine player, we’ll give you that, but the fuss being made about this All Black’s try is a bit much.

“George Bridge scores a spectacular try against the Hurricanes” is how Rugby.com.au billed it. Bridge kicks the ball ahead because he was too slow to catch it out right and it was a bad pass from Sevu Reece, and the luck of the bounce helps him massively.

In other news, a fan favourite and Harlequins stalwart during the Club’s most successful years, former centre Turner-Hall returns to The Stoop in his new role as Academy Coach.

Returning to his old stomping ground after retiring from his playing career in 2015, the former England centre re-joins the Quins fold having spent the last year as Head of Rugby at Ipswich School.

The 32-year-old also spent time with The Harlequins Foundation and METTLE programme (mental resilience) shortly after hanging up his playing boots five years ago.

On Turner-Hall’s return to the Club, Head of Rugby Paul Gustard said: “It’s fantastic news to have Jordy returning to the Club as he takes the next step and progresses in his coaching journey.

“As a player Jordan was a physical, uncompromising centre who gave everything to the Quarters, and I have no doubt that he will bring the same level of commitment, energy and passion to his new role within our academy setup.

“During the interview process he was articulate, energetic and clearly emotionally attached to the Club. He showed a great depth of knowledge and acumen, but it was also clear he is very driven to add more skills to his coaching toolbox. It is important in players’ formative playing years they have good role models and people that genuinely care.

“First and foremost, Jordan a great guy and I am excited for him, for the Club and for the journey we are embarking on.

“Welcome home, Jordan. We look forward to the adventure!

Turner-Hall said: “It’s an exciting time to be involved with the academy, with the salary cap and the emphasis on homegrown players. It’s nice to come back to such a special place having been away from it for a few years. It’s made me hungrier and more determined to succeed as a coach.

“I felt like the timing was perfect for a new challenge and I believe I’m ready to add value to the Club within the academy.

“It’s a new chapter for me as a coach and I’m excited to learn and develop in a great environment. There’s a great buzz around the dynamic coaching team Gussy has put together so I’m looking forward to learning off them as well.

“With this new role, for me, it’s all about building relationships and knowing the person before the player. Once I can do that with the young lads I believe I can understand what makes them tick and hopefully I can support them in reaching their goals and dreams both on and off the pitch.

“I’m looking forward to working with some of the most talented boys in the country and if I can bottle up my experience and passion for the Club and hand it on to them along the way, then even better.”