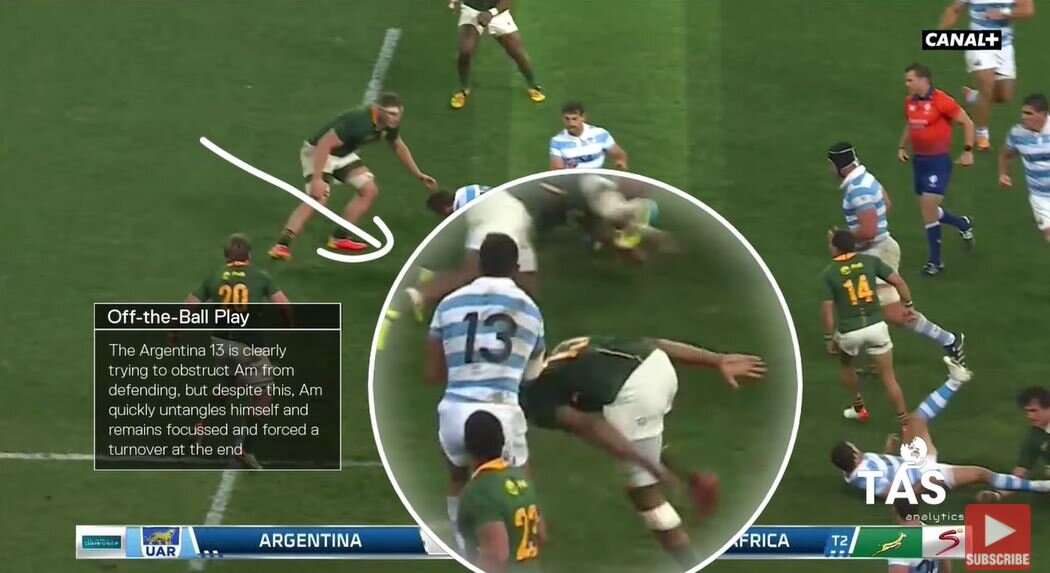 Am faces dishonourable discharge from Boks after sneaky act against Pumas

Yes it may have stopped the Pumas scoring, but this is the sort of play from Lukhanyo Am is the type of thing that World Rugby should stamp out.

Why not win the ball on the deck or wait until after the try is scored to get your chance to run the ball?

Instead Am sneakily grabs the ball from the luckless Pumas, who was only doing his best to respresent his country. He plays for his country!

Sadly Jacques Nienaber said he was ‘proud’ of the Bokke, despite this carry on.

“I’m unbelievably proud of the squad of players,” said Nienaber.

“This was a massive test match for us; not bigger than a World Cup or a British & Irish Lions series match, but it was huge for us internally.

“If you take the perspective of the SA ‘A’ match against the Lions and then three Test matches against them and then two really tough Tests against Argentina, it was six Test matches in a row and at the end of it I can just say well done to the guys.

“The players deserve all the credit; it’s them sacrificing themselves for their country and their team; I’m massively privileged to work with people like that.”

“We weren’t disappointed to concede the try,” said Nienaber.

“Maybe ten years ago I wouldn’t have said that, but we were going for the bonus point try and we told the guys to go for the big defensive reads and take chances.

“If we had got the bonus point try it would have been worth it. We were in a position where we could go for it, so it wasn’t a risk.”