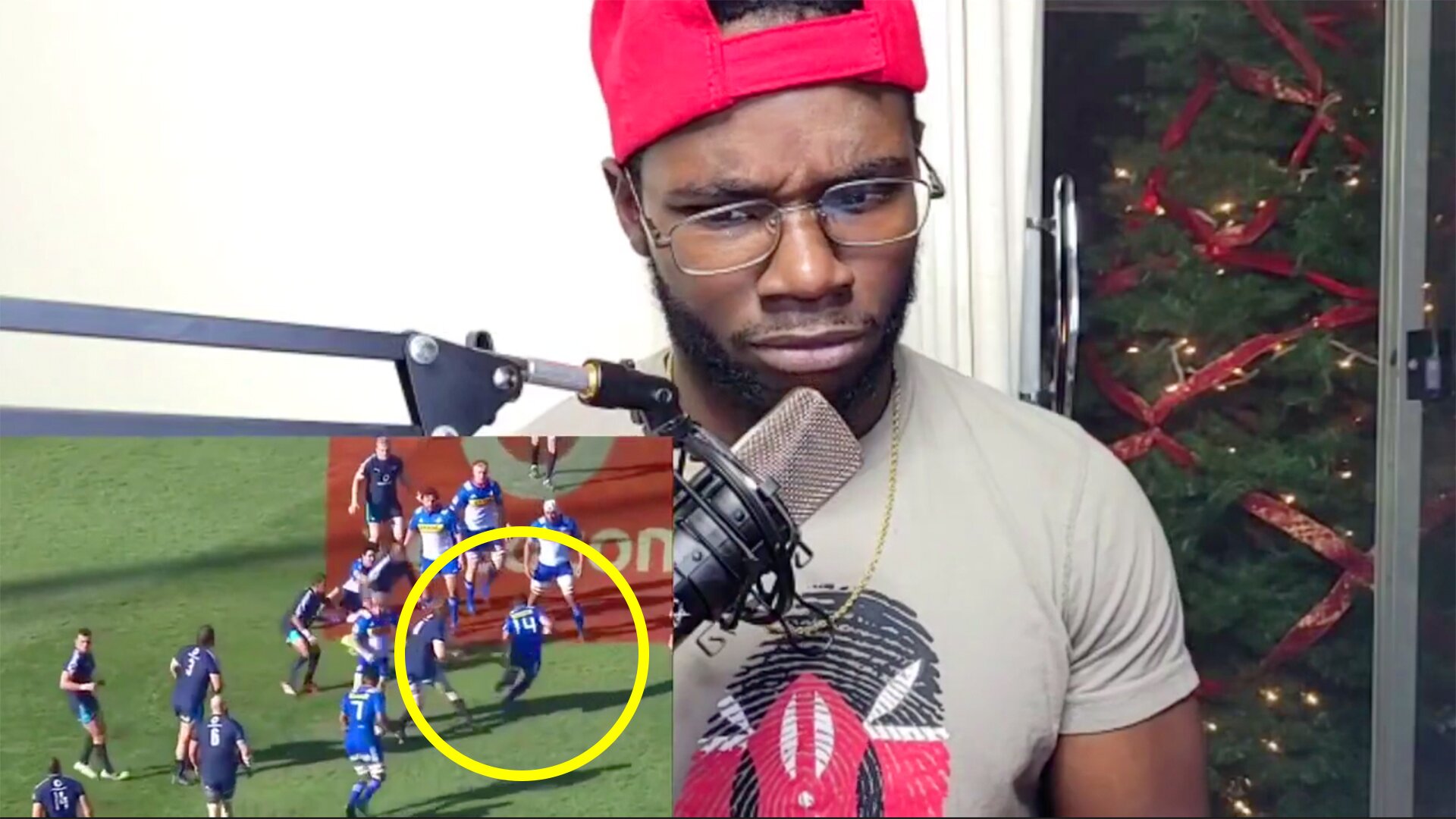 Springbok rugby star Cheslin Kolbe is known for leaving rugby fans lost for words. An American videomaker reacted to him for the first time this week and reacted just as you expected.

Pro Rugby Player Reacts is a channel set up by an American YouTuber who reacts to rugby players in the sport.

His reaction to the Springbok rugby star Cheslin Kolbe will undoubtedly leave many rugby fans with a smile on their face. Kolbe, the South African World Cup-winning winger has amazed rugby fans in 2020 with his incredible form.

The 27-year-old now plays the majority of his rugby in France for Toulouse, where he has been nothing short of brilliant for the French team.

He is known not just for his sidesteps, but also for his incredible defence, something which can be quite rare in a rugby player when they play in the backs.

This American watched the entire with pure delight and you could tell that he was lost for words with what he was watching.

Owen Farrell still has sleepless nights thinking about the humiliation the South African humiliated on him 13 months ago. He figuratively pulled his pants down and paddled him that night in Tokyo. When anyone thinks of Farrell now, they now also mention the name, Cheslin Kolbe.

He is one of few, and therefore also instantly recognisable, backs that can be seen sporting a scrum-cap regularly.S

He scored five tries in the 2019 season, including four on Japanese soil. He got two versus Japan in the RWC warm-up match and two at this World Cup.

He is simply too good!