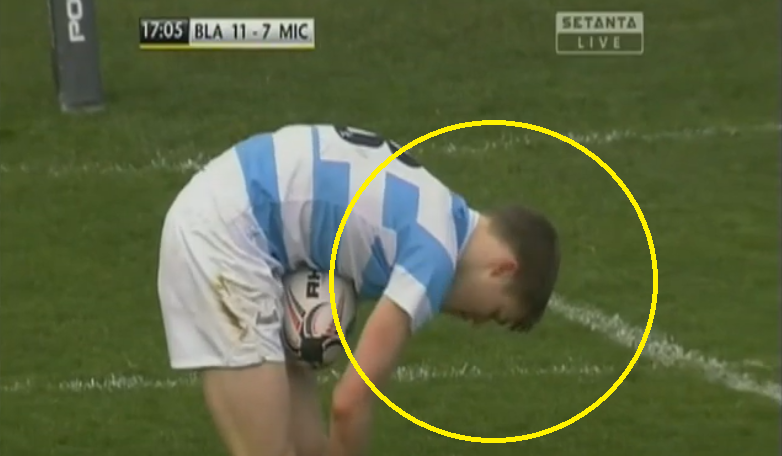 Check out this intercept when he was just a wee kid in the LSC Cup against Michaels. Ironically his now teammate Cian Kelleher dives into him with the knees. Standard.

The Qantas Wallabies have fallen to South Africa 35-17 in the opening clash of the 2019 Mitsubishi Estate Rugby Championship at Emirates Airlines Park in Johannesburg.

The home side crossed first in the opening five minutes of the contest and never surrendered their lead for the rest of the night to extend their historic unbeaten record against the Wallabies at the venue.

It was a night where the Wallabies were left to rue missed opportunities, however a controversial yellow card to Wallabies prop Taniela Tupou proved a major turning point in the clash.

Trailing only by four after going into the dressing rooms 14-10 down after a tense opening half, the Wallabies were reduced to 14 men in the 54th minute after the giant prop was pulled up for a late cleanout at a ruck.

The Springboks capitalised by scoring twice in the ensuing 10 minutes, which set them on course for a convincing victory.

Debutant Springboks half Herschel Janjties made the most of his opportunity in the number 9 jersey, scoring a try in each half, and while the Wallabies produced several opportunities in attack they were only able to take full advantage twice. Their first try came through Dane Haylett-Petty 11 minutes before the break, but they were unable to find the tryline again until the 72nd minute through Bernard Foley.

After looking like the better side for much of the first half despite some blown chances, in the end the Wallabies were outclassed by the hosts in what was an enthralling contest for most of the night.

Just minutes before Tupou exited with the card, the Wallabies had also lost prop James Slipper to a head knock leaving rookie Harry Johnson-Holmes facing a stern initiation on debut.

Haylett-Petty’s 29th-minute try came off some slick hands off the back of a rolling maul, and the winger almost made it a double but for spilling the ball after chasing down a Nic White kick moments later.

It was Jantjies’ second try, sniping from the base of a ruck that proved the dagger blow for the Wallabies and extended South Africa’s lead to 18 points with as many minutes left to play. His replacement Cobus Reinach put the icing on the cake with a try right on the fulltime whistle.

The Wallabies will look to regroup ahead of their second match in the abbreviated 2019 series against Argentina at Suncorp Stadium in Brisbane on Saturday.