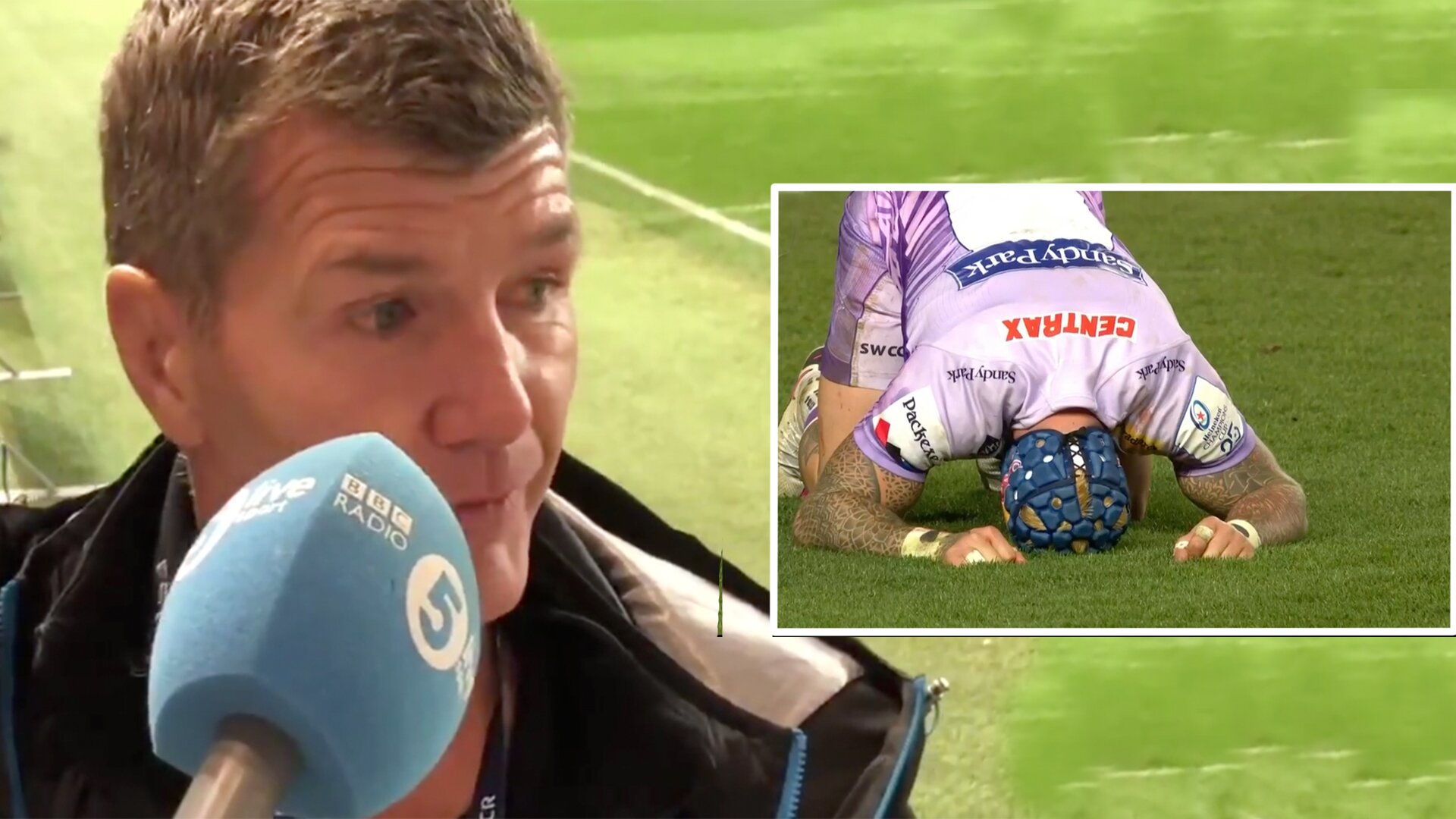 An emotional Rob Baxter showed his softer side after Exeter’s sensational Champions Cup victory over Racing 92 in the final of the European tournament.

The normally emotionless Exeter leader seemed to let all his emotions out as he spoke openly about how tough some of the past seasons have been for the Devon-based club.

The team were in fine spirits in the changing room after that last-minute win over the super-rich Parisian club.

The final had produced eight tries with more than a quarter of the match remaining, yet Exeter’s lead was just four points. A Machenaud penalty cut the gap to a point, setting up a thrilling finale that saw Exeter’s replacement prop Tomas Francis sin-binned for a deliberate knock-on.

It meant that Exeter finished the game with 14 men, and they had to survive a prolonged spell of Racing pressure as the clock ticked down.

It was a breathless, spellbinding contest but Exeter somehow held on, with Simmonds kicking an 80th-minute penalty as the Chiefs claimed their first European title with an unforgettable 31-27 victory.

The head coach for Exeter was surprisingly emotional as he spoke to BBC Radio 5 Live as he spoke about the unbelievable support that he received from his family, and in particular, his wife.

Exeter now go into a Premiership final against Wasps hoping that they can achieve that double in both domestic and European tournaments, an achievement only a handful of clubs around of Europe have managed to achieve!