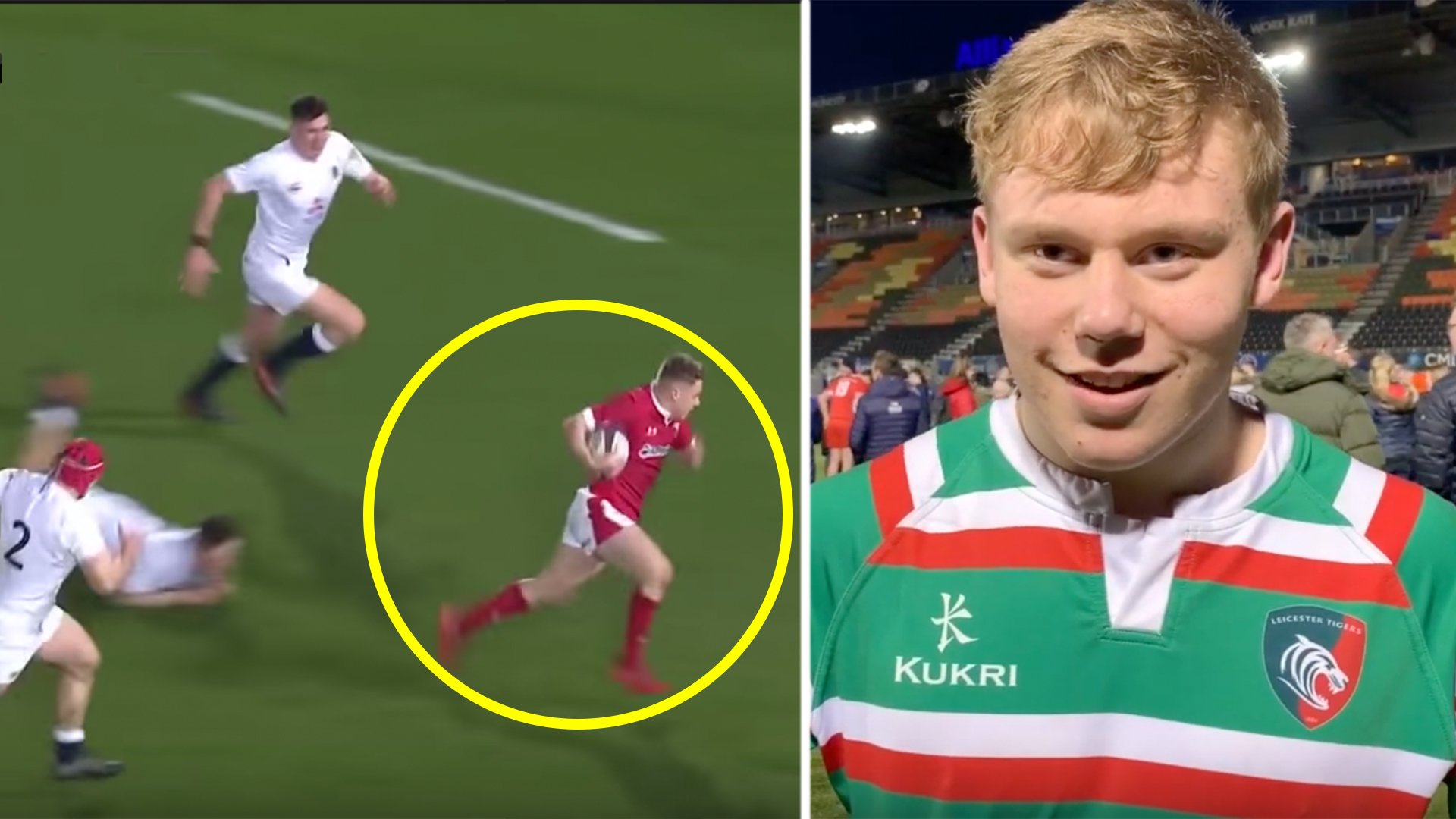 The fly-half has put on a sensational performances as he masterminded Wales’ defeat of England in the Under 20 Six Nations Championship.

The highlight video dropped on the 19-year-old who has been tipped to replace Dan Biggar very soon in the Wales set up. Sam Costelow, the Wales U20s fly-half who dazzled in the recent Six Nations win over England, will be a Scarlet next season.

The talented 19-year-old earned rave reviews for his man-of-the-match display at Kingsholm last season and the Scarlets have now announced he will join them from Leicester Tigers for next season.

From Pencoed, he was part of the Ospreys U16s set-up before moving to the East Midlands. He has made a couple of senior appearances for Leicester in Europe this season and has been on loan with Greene King IPA Championship side Ampthill.

Here is the incredible highlight reel on the teenage wonderkid!

But it has been during this U20s campaign that he has hit the headlines, scoring a superb solo try in the opening match against Italy in Colwyn Bay and then completing a full house in the thrilling 23-22 win over England.

He said: “I’m really excited to be playing in Wales with the Scarlets next season. Scarlets are a really good side who have been playing some great rugby which I think will suit me.

“I feel it is the right move for me in how I am going to develop into the player that I want to be and also to fulfil the targets and hopes I want to fulfil in my career.

“I’m extremely grateful for the opportunities that Leicester have provided me. I’ve learnt a huge amount there, especially from a player of the quality of George Ford. Hopefully, I can now keep developing at the Scarlets.”

Scarlets general rugby manager Jon Daniels said: “We saw on Friday night at Kingsholm how much of a talent Sam is and we are delighted that he has agreed to join the Scarlets.