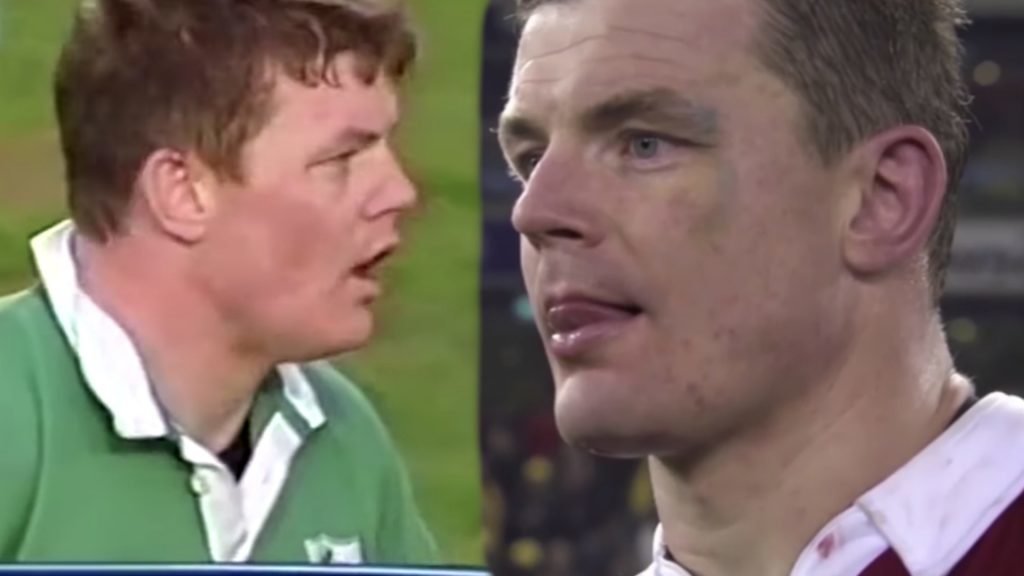 An incredible video has just dropped on Brian O’Driscoll

An incredible mini-documentary has just been released online looking at the career of Ireland centre and legend Brian O’Driscoll.

The 20-minute long video looks at the highs and lows of the former Leinster man, charting his meteoric rise into Irish rugby, all the way through to the dark days of the 2005 Lions Tour.

It’s rare that you see a fan made edit of this quality so we’re really treated here to be watching this on the legend that is O’Driscoll. They touch as well on the drama that arose between O’Driscoll and Warren Gatland on the Lions tour in 2013. It seems to really coverr every base!

In other news: England men continue to push on with World Cup training

England head coach Eddie Jones said: “Our preparation is about making sure the players peak for the World Cup. It’s not about being ready now for it.

“Some players we feel will benefit now from being away from the camp for a little bit and will do specialised strength and conditioning work.

“We want to keep the squad fresh and alive which is important and we want to make sure there is a little bit of cooperative competition for selection and edge around.”

Jones added about the Bristol camp: “We are in Bristol this week as a bit of a change of scenery and pace. We have got good facilities and will continue to work very hard on particularly our physical conditioning but also our ability to implement our game plan under those physical conditions.

“The ante goes up again in this week. The players who have come in from the Premiership final will increase their contribution and the other guys are in their fourth week and are starting to get near good physical condition.”

England will travel to Treviso, Italy for a heat camp from 22 July until 2 August before returning to Italy on 28 August until 5 September. The squad will also be based in Bristol in August (12-16) ahead of England’s away match against Wales. For the two matches against Wales and Ireland at Twickenham Stadium, the squad will train at Pennyhill Park.