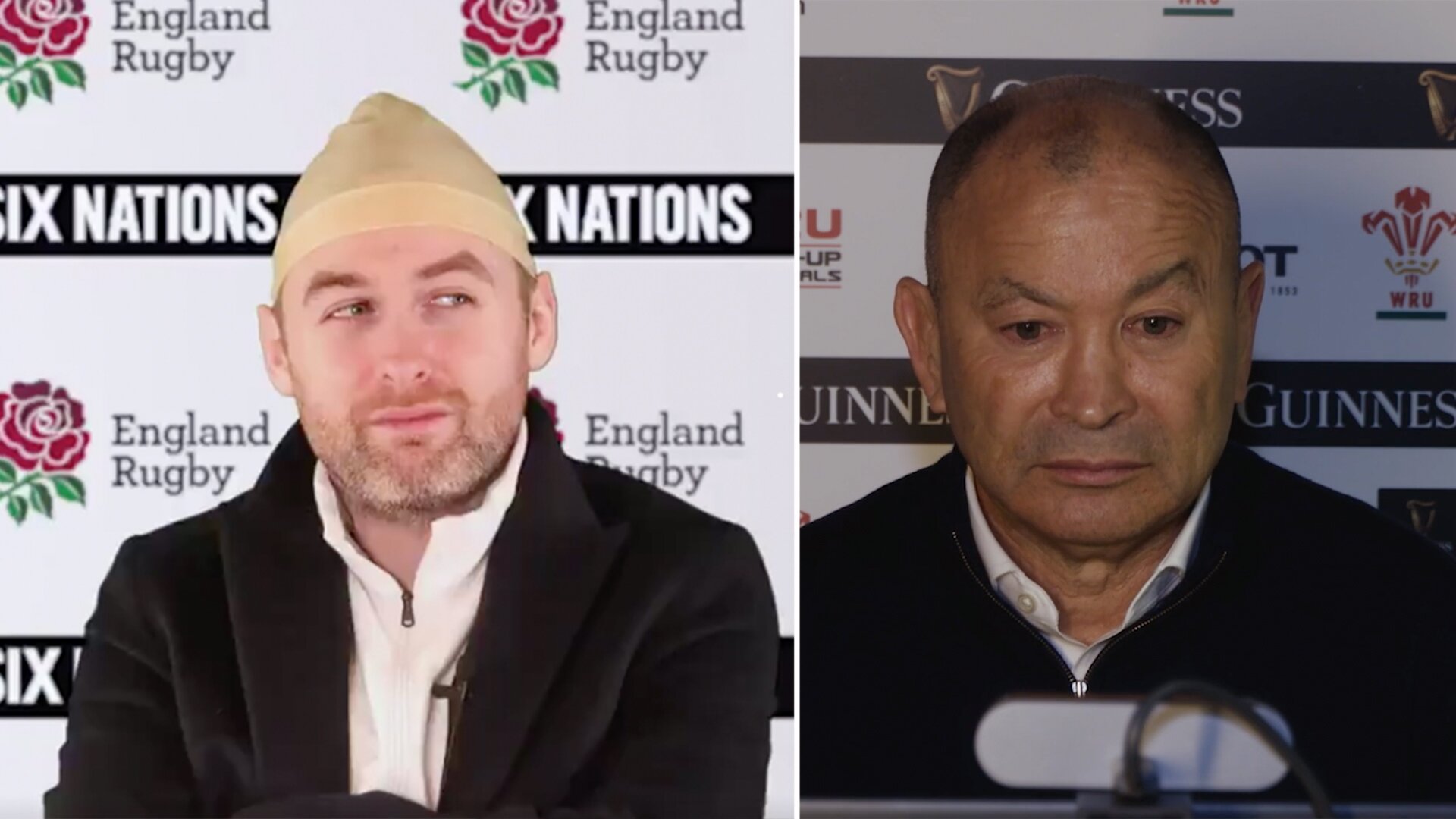 A comedian called Conor Moore is going beyond viral on social media for his spot on Eddie Jones impression. The video was posted on the eve of the game and fans can’t get enough of the video.

An Irish comedian is going beyond viral on social media for his excellent impression of England rugby coach Eddie Jones Jones.

The video was released earlier this weekend showing comedian Conor Moore, doing an excellent and highly accurate impression of the Australian coach known as Eddie Jones.

Eddie Jones is known for his volatile press conferences and humorous and witty takes on different things within Rugby. The video shows the comedian wearing a bald cap and pretending to be the Australian while he is doing a press conference after a game.

England lost to Wales last weekend in the Six Nations in a game which was the second loss in the tournament so far.

There is an increasing amount of pressure on the England rugby coach now to get a good run of results after the disappointing form for the men in white.

‘If I was Wayne Pivac, I’d go to a blackjack table and have a bit of a go’

Jones was full of praise for Wales after their win against the English.

The next game will be against France in the tournament, again which they are not expected to easily win. The video showing the brilliant impression also has an impression of Ireland coach Andy Farrell, the father of Owen Farrell. It makes for a very entertaining and funny video.

Here is the viral post that Conor Moore released of Eddie Jones and his impression.