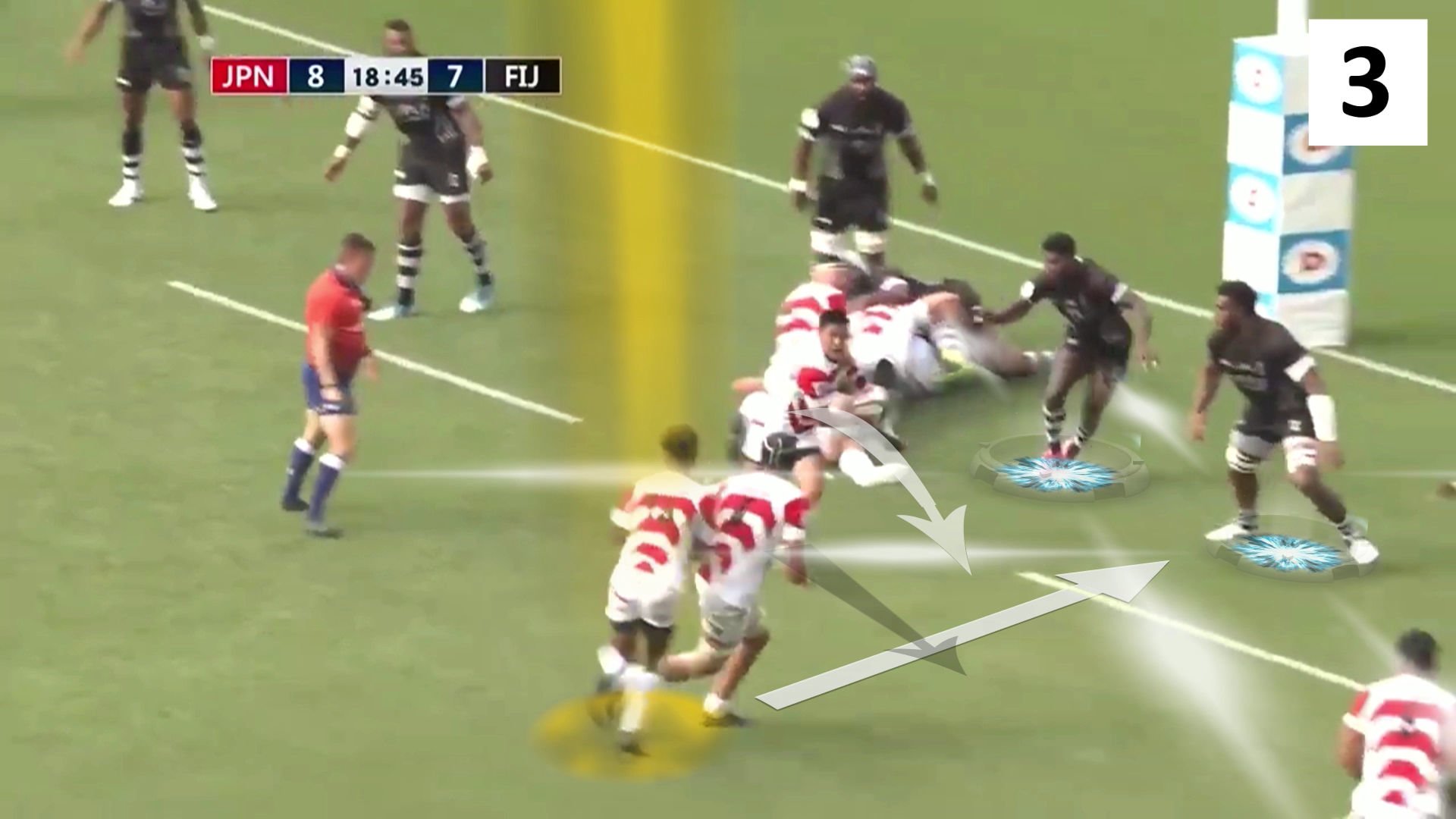 Analysis: The five best plays of the PNC Round 1 unpacked

Liam Dunseath is back and this time he is casting his expert eye on the first round of the PNC.

Tonga could achieve their highest position in six years with a win against Japan
Samoa will jump above USA into 15 if they beat the Eagles
All matches will be streamed live via @worldrugby social channels and online at www.world.rugby (geo-blocked in participating nations plus New Zealand owing to broadcast coverage)

USA achieved their first win over Samoa in six attempts when they last met in 2018
In five of the six previous meetings, the sides have been separated by one score
USA will climb two places if they win and Tonga also lose to Japan
The Eagles will still climb one place in victory even if Tonga beat Japan
If Samoa win, the two sides will swap places

FIJI (9) v CANADA (21)
Fiji enjoyed their biggest win over Canada the last time the sides met
Canada’s last win in the fixture came in 2013, when they won 20-18
Fiji cannot improve their rating or position in the rankings with victory
However, they will fall out of the top 10 if they lose and Japan beat Tonga. Fiji could fall
three places if they lose by more than 15 points and Japan also win
A victorious Canada cannot catch Russia above them, although the gap will be down to
0.45 of a point if they win by more than 15 points

TONGA (14) v JAPAN (11)
Tonga have won on their last two visits to Japan (27-17 in May 2013 and 24-20 in June 2012)
Japan cannot improve their position with victory, unless Fiji also lose to Canada
Japan would drop two to 13th if beaten by more than 15 points
Tonga will climb to 11th – their highest position since September 2015 – if they win by more than 15 points
Tenth place is possible if Fiji lose by a similar margin, a position the ‘Ikale Tahi haven’t held since June 2013
A smaller margin of victory would still be enough to lift Tonga above Italy