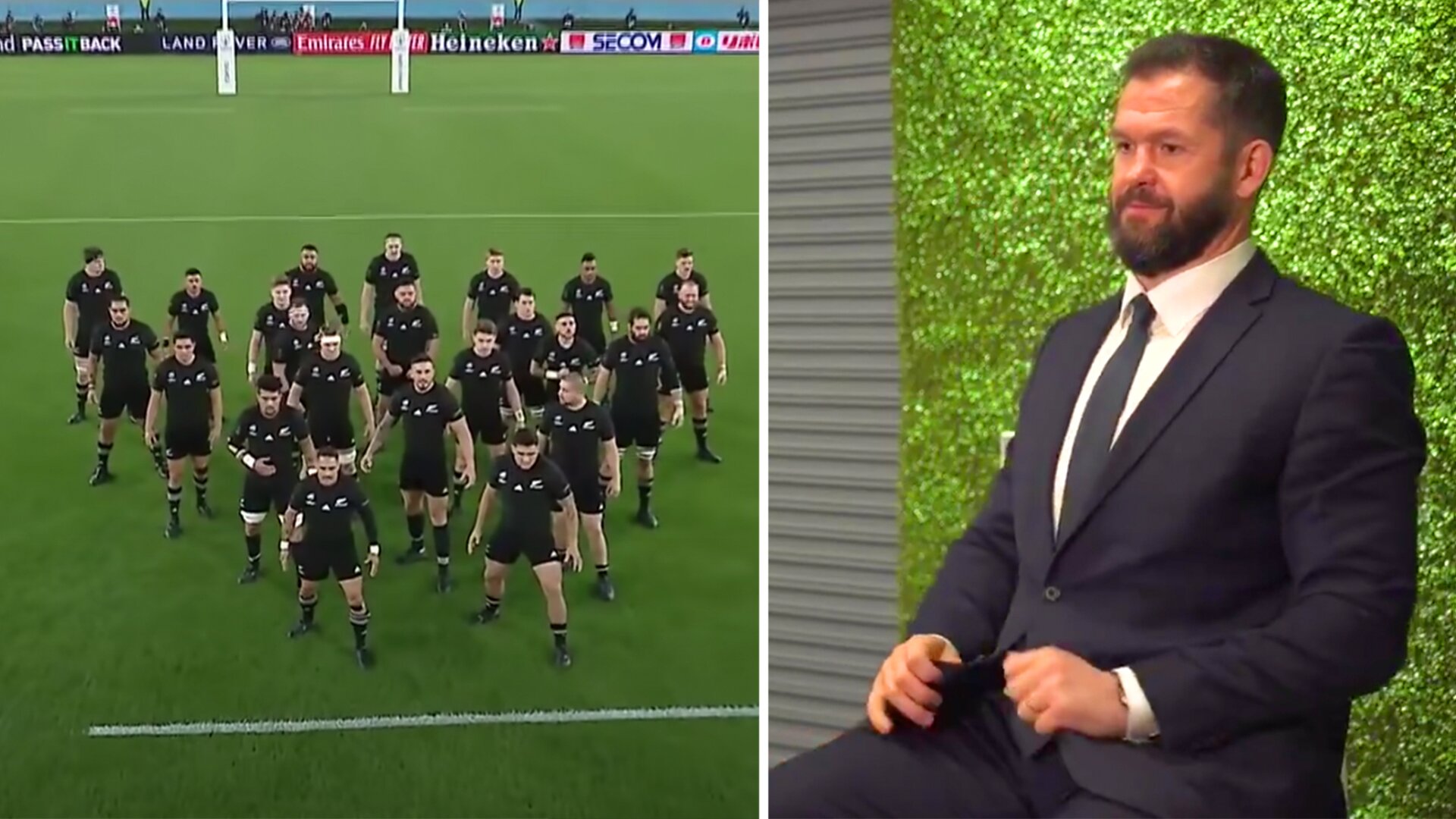 Ireland coach Andy Farrell struggled to hide his emotions as he found out that Ireland pool in the 2023 World Cup draw would most likely lead to New Zealand in the quarter-finals.

Ireland have had terrible luck in World Cup of late, falling out at the quarter-final stages at almost every stage.

The permutations for the World Cup mean that if Ireland finish second in their group and New Zealand both win theirs , then they will ultimately play each other in the knockout stages.

Ireland has both South Africa and Scotland in their pool. Can Ireland finish first in their pool and avoid a clash against the All Blacks.

Fans online were quick to notice what the Rugby World Cup draw meant for the men in green.

Ireland will meet New Zealand (most likely) or a in form home French team in the quarters of #RWC2023 – Another quarter final exit. pic.twitter.com/yCOrbm3N4J

Ireland look all set to keep up their tradition of exiting the RWC at the quarter final. 😬

Just want to congratulate Ireland on losing valiantly to New Zealand in their quarter final in 2023. Great effort lads.

nice kind draw for Ireland. just the reigning champions in their pool and then potentially trying to win a first ever quarter-final against France or the All Blacks. easy🥲 #RWC2023

Irish Rugby filmed Andy Farrell and his direct reaction to the draw. The Englishman looked calm and composed just before the men in green’s name was called. However, things quickly changed when it dawned on Farrell that they would have to beat one of the best teams in rugby history.

You have to feel for them, how can you have a draw and path to the final that is so tough.