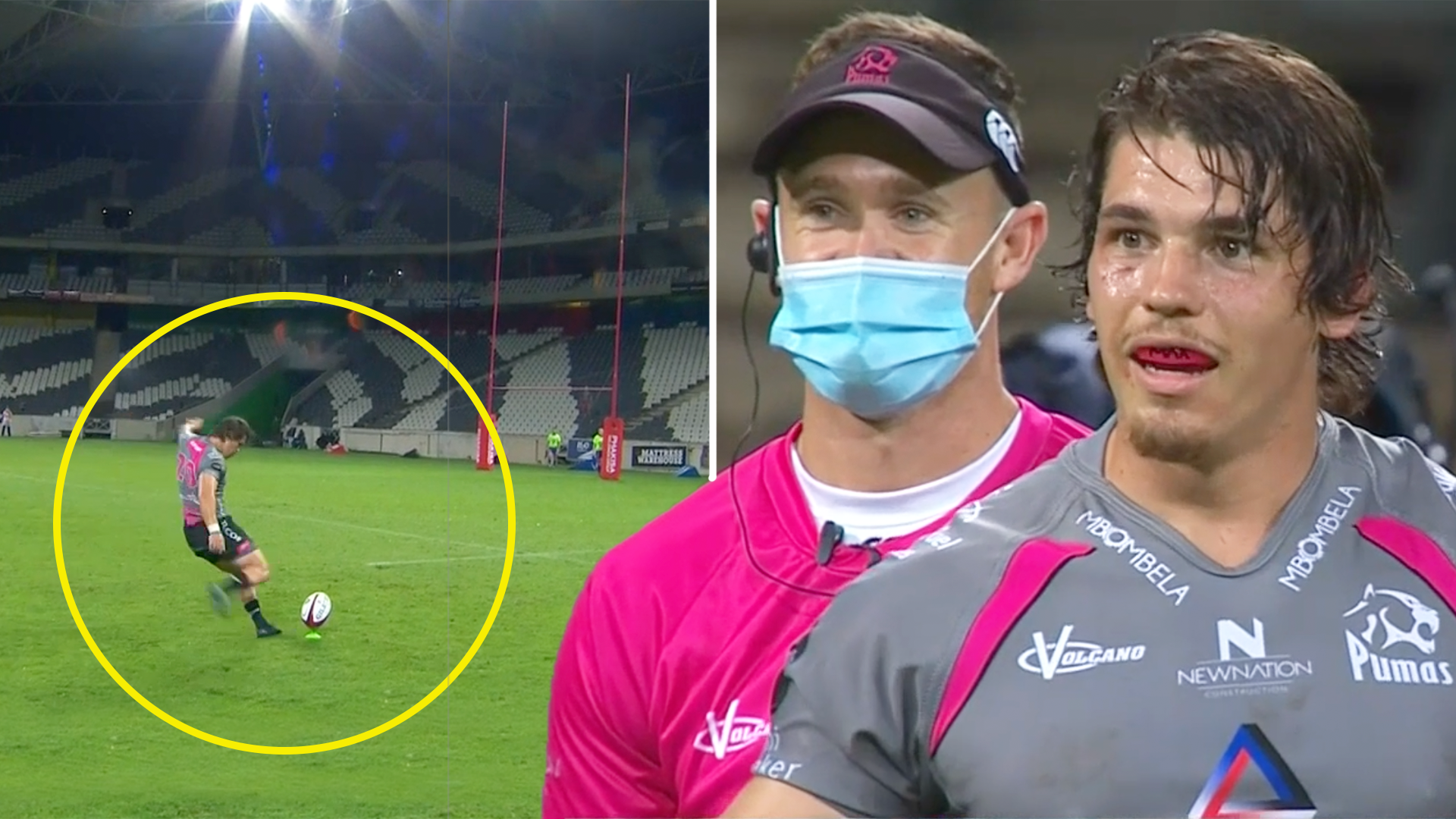 There were scenes of anger and disbelief in South Africa yesterday as this apparent ‘ghost kick’ was awarded in the last play of the game despite clearly having missed.

The bizarre moment occurred in the match between the Pumas and the Cheetahs in the Currie Cup yesterday with the scores stood at 29 – 35 to the visitors.

Have we ever seen a call quite this bad from a referee and his assistants before?

We see the crucial moment occurs right at the end of the match with the Pumas having just scored a try off a rolling maul.

The score was enough to bring the hosts to within a bonus point which could prove vital in the competition later on in the season.

We see as replacement scrum-half, Ginter Smuts, lines up to take the conversion attempt with the clock in the red – this is the last play of the game.

He strikes the attempt and we see the ball sail high and right of the posts.

The assistant referees keep their flags down – but somehow, inexplicably the referee awards the conversion.

Watch the bizarre moment from South Africa in the video below.

Worst conversion decision of all time? Scandalous how this was awarded pic.twitter.com/b7mPrFFfkY

There were moments of hesitation between the referee and his assistants it would appear but the main man, Rasta Rasivhenge, then goes on to stick with his decision to award the extras which then put the Pumas to within that crucial bonus point margin.

Here was some of the reaction to the decision from the Rasivhenge yesterday, it’s fair to say – the decision didn’t go down well.

On the outside. Terrible call.

I saw that last night. Definitely a miss. Actually thought he blew for full-time and not to award the conversion.