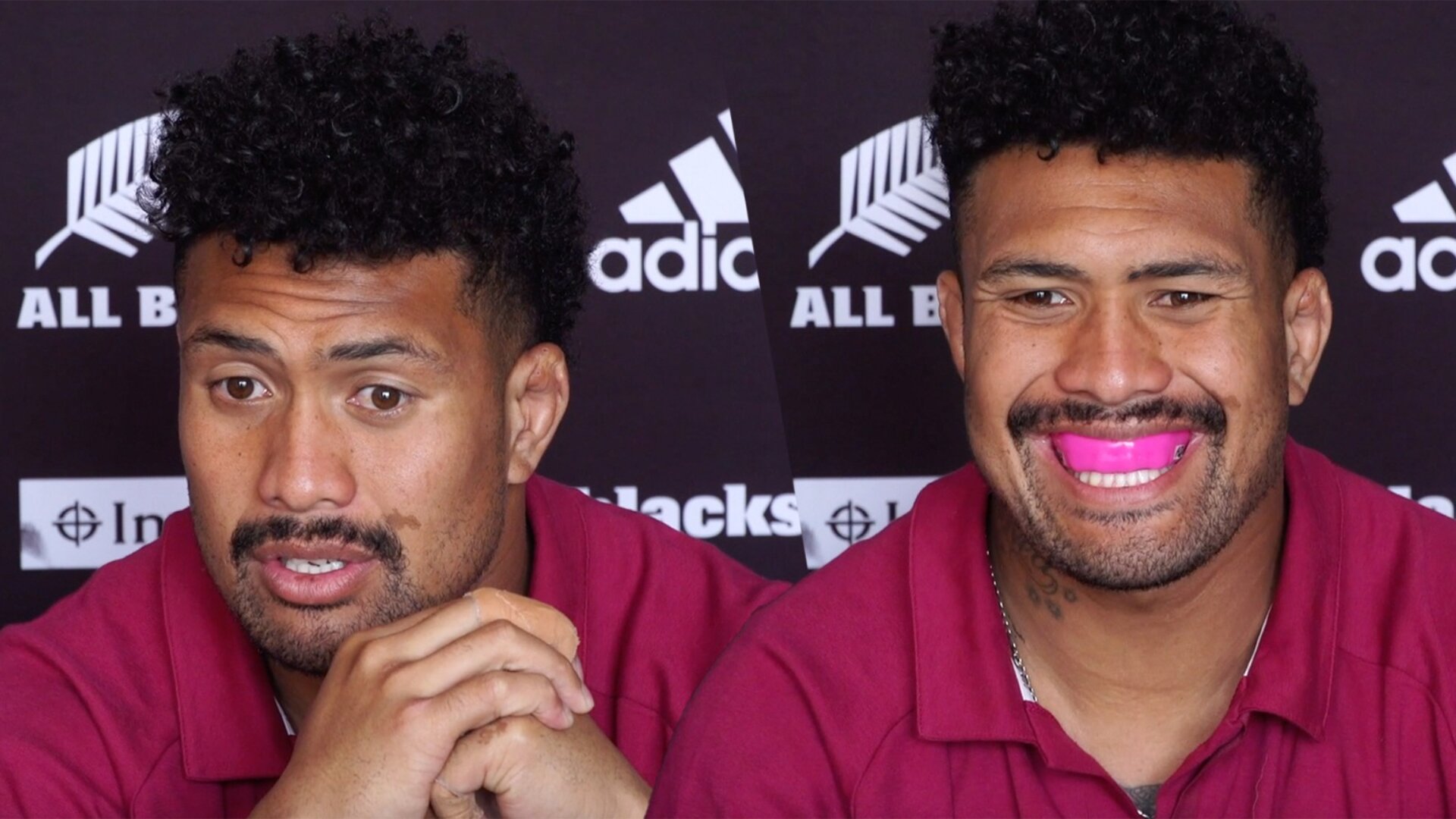 The furore over Ardie Savea and his apparent refusal to wear a mouthguard has taken another turn after the New Zealand star addressed the issue at a press conference this week.

The Hurricanes number-eight has been criticised by sponsors and fans alike after he was noticed not wearing the mouthpiece in this years Bledisloe Cup matches.

The All Black player of the year was quizzed on the issue in this week’s press conference and the back-rower didn’t shy away from confronting the situation head-on as it appears he was more than prepared for the question.

We hear as a journalist comes forward and asks,

‘While I’ve got ya, could you enlighten us on mouth guard gate – there seems to be a lot of attention on what’s in your mouth during games.’

Ardie Savea seemed more than prepared for the question – almost happy to hear it as he calls across the room for someone to pass him a bright fluorescent gumshield for all to see.

Savea said that he’d spoken a lot to his wife about integrity and he said,

‘It’s a hard lesson that I’ve learnt and my first has talked to me about integrity and following by that – but yeah it’s been awesome to wear my mouth guard, it actually fits really well and i wore it on the weekend.’

This whole gum shield fiasco is really gaining traction. Irony is that Ardie Savea is stood right behind Scott Barrett with no mouth guard in sight pic.twitter.com/1CwbroooT9

Ardie Savea was in the news this week after it was revealed that he did not wear a mouth guard for the match against Australia. A move that riled sponsors and fans alike.

Much has been made this week of whether professional rugby players should wear gumshields or not. With spectators noticing that Ardie Savea wasn’t wearing one it led for calls for the piece of protective equipment to become mandatory at the highest level of the game.

One viewer has noticed this moment in which Scott Barrett notices that Taniela Tupu is chewing on some gum and therefore mustn’t be wearing his mouth piece.

The Crusaders lock then goes on to call out Tupou to the referee, pointing at his opposite man.