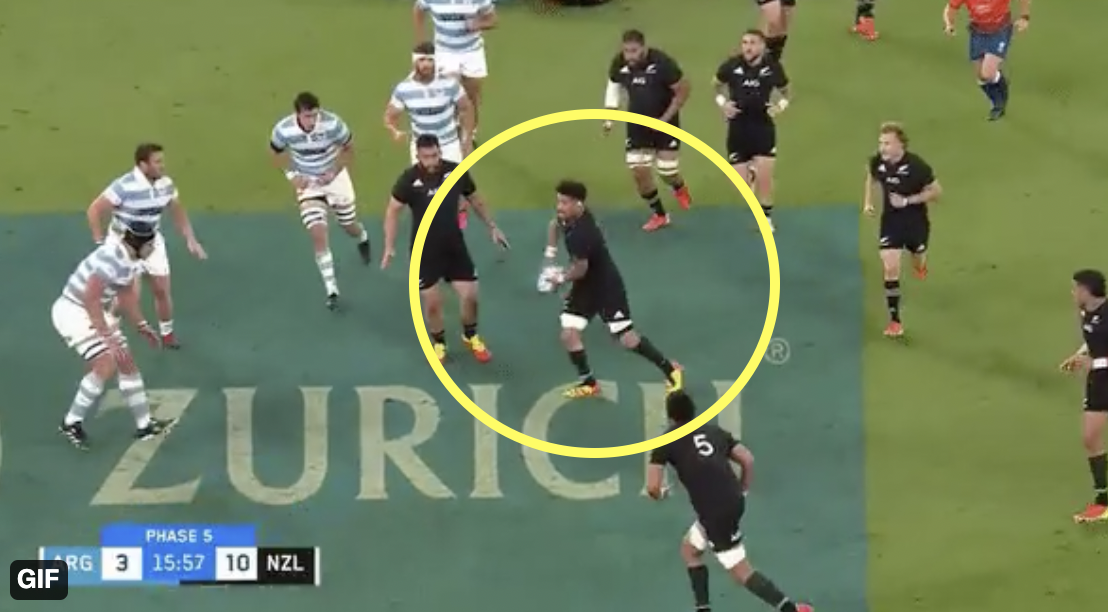 It is not very often that Ardie Savea throws a dummy, but when he does they are usually extremely extravagant and perhaps not overly convincing.

The All Blacks loose forward was at it again on Saturday in Brisbane, throwing one of his trademark florid dummies against Argentina and made all of about half a metre before being chopped down by Julian Montoya. To be fair to Savea, he did sell the dummy to Tomas Lavinini, who clearly looked the other way, but the lock had enough players inside him to prevent any trouble.

Take a look at the dummy:

This dummy may have been a step too far for Savea though this time, who received a ribbing from his teammates online after sharing a photo of his attempted to dupe the Pumas.

Reiko Ioane threatened to tackle Savea next time he attempts a dummy like that, although the pick of the responses came from Savea’s brother, Julian, who reminded Ardie that he has not been able to pull off a dummy like that since he was seven years old.

Being one of the strongest ball carriers in the game, a dummy like this is not usually Savea’s style, but neither he nor All Blacks head coach Ian Foster will mind him trying out something new as long as the team continue winning.

The All Blacks now sit comfortably at the top of the Rugby Championship, ten points clear of second place South Africa. Although they have more or less wrapped the Championship up, they now face the world champion Springboks in consecutive weeks, who, despite a recent slump, are known for their brutal defence, so Savea may put the dummy away for a couple of weeks. A win in Townsville on Saturday would secure the Rugby Championship for the All Blacks.