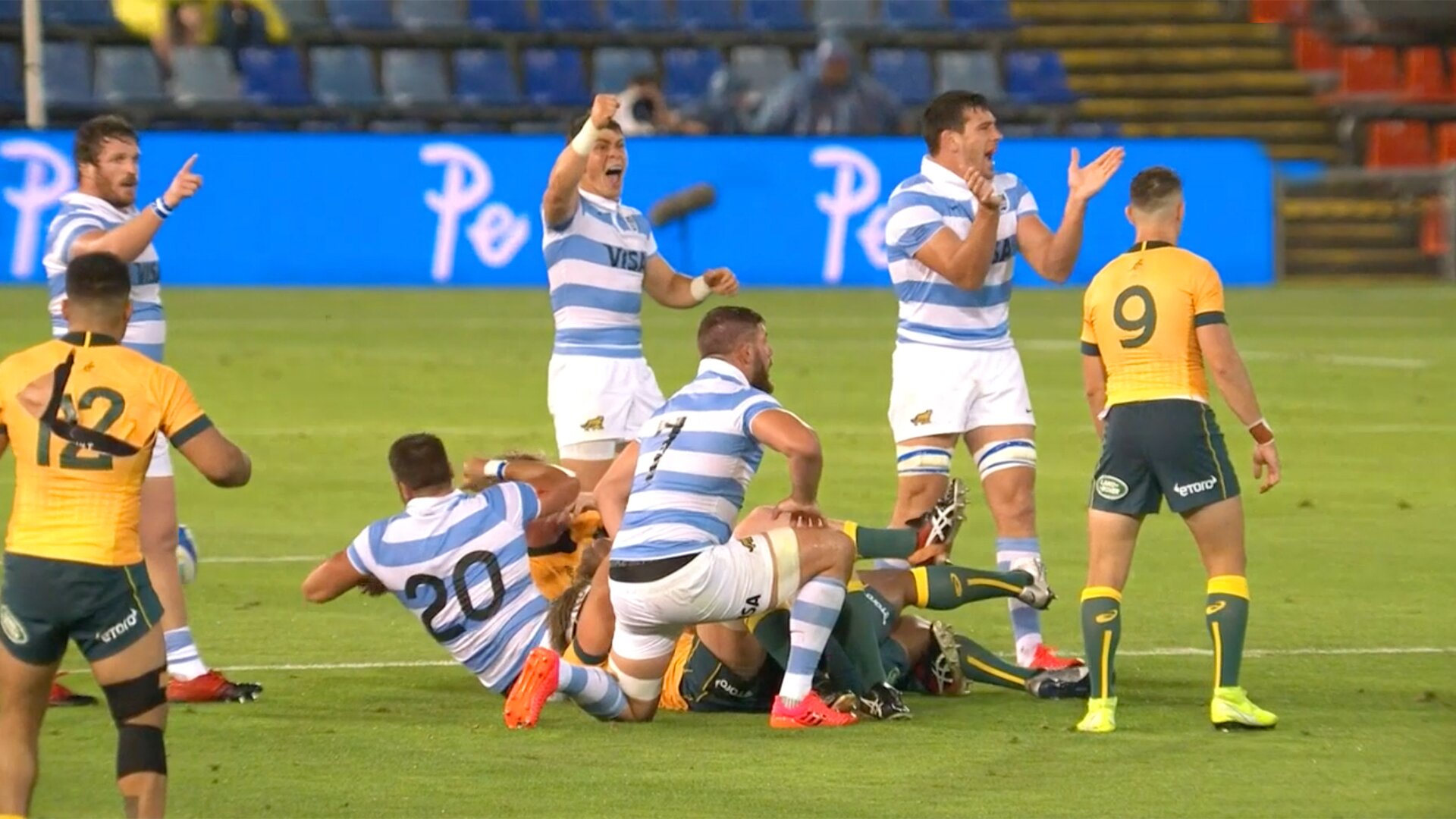 Argentina continue unbeaten run with comeback against the Wallabies

Argentina completed a stunning comeback this morning to draw with the Wallabies to continue their unbeaten run in the Tri-Nations.

The Pumas had been trailing 15-6 in the second half but fought back through the boot of their talismanic fly-half in Sanchez as the game wore on.

Many fans didn’t expect the South American side to back up last week’s heroic exploits against New Zealand but they have now cemented their position as one of the heavyweight sides in the world after their recent showings in the tournament.

Jordan Petaia looked to have scored early in the opening 40 after this acrobatic effort over the in-goal area but it was ruled out with his foot being in touch.

The Wallabies had the edge over their opponents for the opening fifty minutes of the game with Reece Hodge punishing Argentinian indiscipline around the breakdown.

It was a feisty encounter with the visitors bringing the same passion to the clash that they did against New Zelaand.

With the scores at 9-6 at half time – the Wallabies were favourites going into the break.

In the second half, the Australians were pegged back by the boot of Sanchez with this brilliant long-range effort to level the scores for the visitors.

The Wallabies threw everything at Argentina in the closing minutes but it was their opponents who had the last chance of the match as captain Pablo Materta claiming a turnover ball in the last play before booting it ahead for his winger to chase.

The ball was gathered by Gordan who ran it into touch to end the match at 15-15.