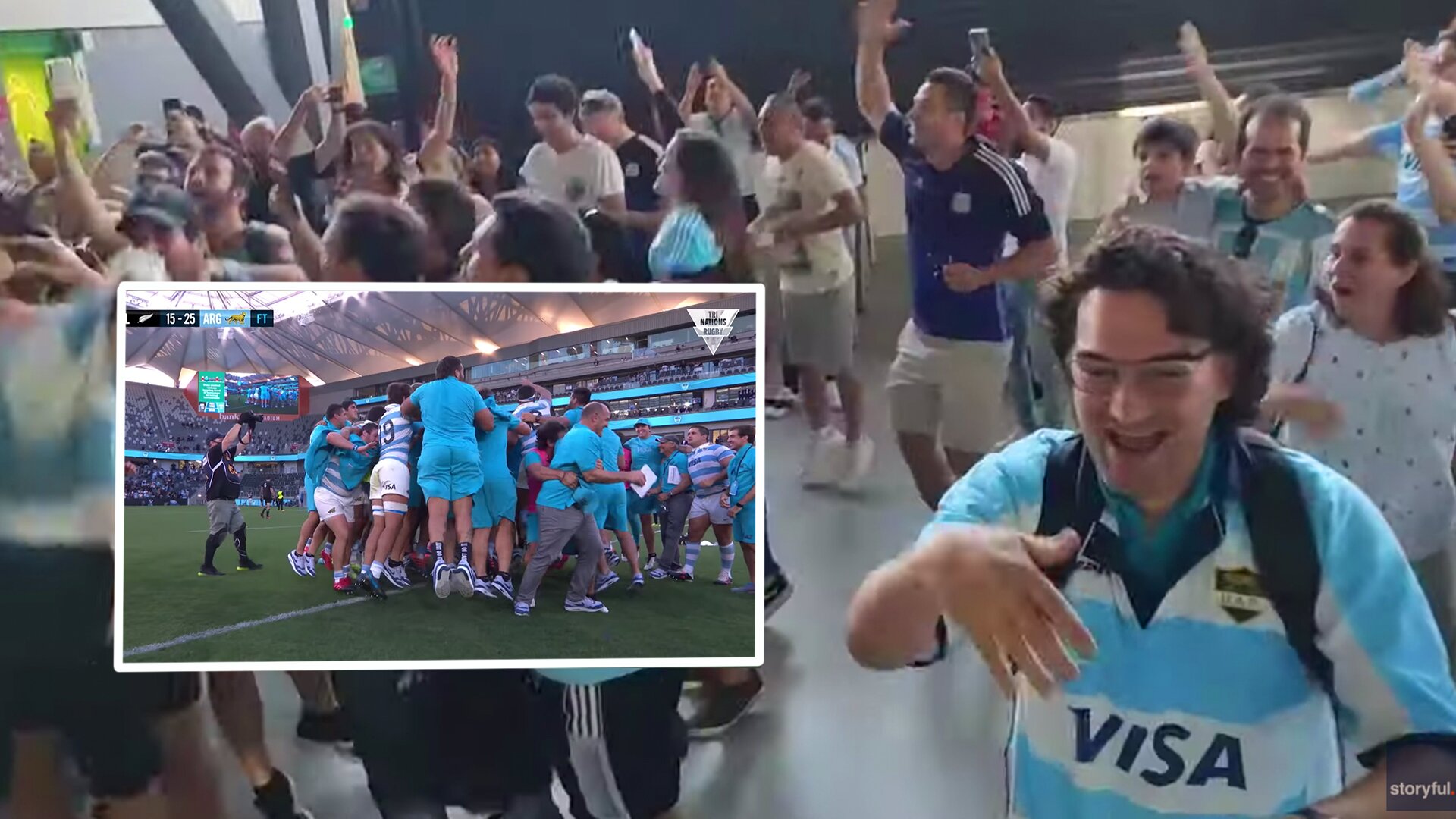 Argentina fans from across the globe have been collectively losing their minds after their team’s incredible performance against the All Blacks this weekend.

The team incredibly managed to secure their first win ever over New Zealand, winning by 10 points in a win that was by no means lucky.

Videos have recently been released showing how extensive celebrations have been around the world from Argentina fans who are over the moon about their team winning this monumental match.

Clips have already began to go viral on social media as teams celebrate the sensational win.

Outside the stadium yesterday, hundreds of fans were overjoyed in celebration as their team celebrated this massive win.

There were, of course, raucous celebrations in the stadium as well after the win. This will do so much for rugby in Argentina who have not had a rugby match to enjoy all year.

New Zealand have played four matches already this year, which shows just how great this achievement was.

A brilliant clip has emerged online showing the moment the teams came up to their fans in the stadium to celebrate this sensational win.

The Argentina coach is now seen as an inspirational figure among many fans after the sensational leadership he displayed for his team in the game.

Here is his post-match interview.

Just look at the passion!

After experimenting with several new combinations last week – changes that the All Blacks coaches admit may have contributed to their loss against the Wallabies – Ian Foster has gone with plan A against the Pumas.

It provides an insight into the All Blacks selectors’ first choice side, with Foster opting for basically his best side possible against the Argentineans, who will play their first test since last year’s Rugby World Cup.

“A number of players have had a week off and are fresh,” said Foster. “The whole team is pretty determined to put a performance in that shows we’ve grown over the last few weeks, so going to those existing combinations is quite important.”