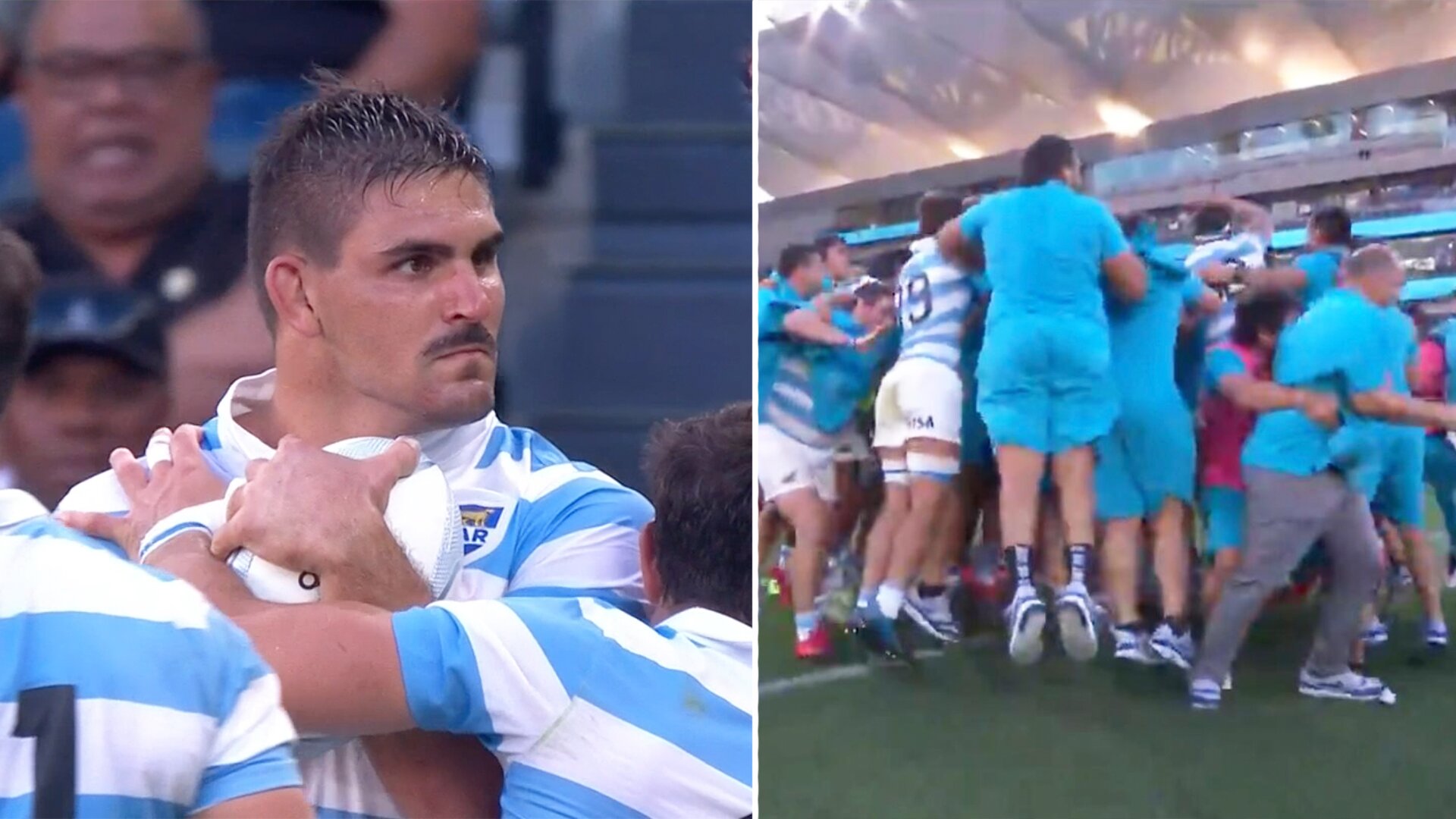 Argentina pulled off one of the greatest upsets in rugby history today as they stunned the All Blacks in a frenetic Tri-Nartions clash in Sydney.

This was the first win for Los Pumas over New Zealand in their history which completely blows up the tournament.

This is also the first time the All Blacks have suffered back to back defeats since August 2011.

Argentina stated their intent in the early stages of the match as they set a furious tempo that caught the New Zealanders off guard.

A scrappy Sanchez score under the posts opened the try-scoring for Argentina in a first half where the Pumas were resolute in defence.

Nicolás Sánchez powers over the line to get The Pumas’ first try since the Rugby World Cup…over 400 days ago 😲 🔥#TriNations highlights brought to you by @4PinesBeer 🍻#NZLvARG pic.twitter.com/eUm8fUMzLK

In a tense half, we saw as the New Zealanders error count grow in an uncharacteristic showing that was strewn with unforced mistakes.

Argentina, who have not played a competitive test this year, showed no signs of fatigue.

“Three months in isolation will do that to you…” 💥 👀

As the second half wore on, it was New Zealand who were wilting. Here we see the All Blacks set-piece fold under pressure from the Argentinaina defence.

The All Blacks are having a shocker ‼️

The All Blacks hit back with a try of their own as the half wore on but Sanchez continued to punish the New Zealand errors with more pinpoint kicking.

As the match entered the last ten minutes the Pumas held a 10-22 lead with no signs of tiring.

The Argentina skipper all but won the game for his side with this magnificent turnover in the closing minutes.

A HUGE moment for The Pumas 🔥 🙌

Sanchez put the game beyond doubt in the final minutes with a long-range effort to seal a historic win for Argentina in Sydney.