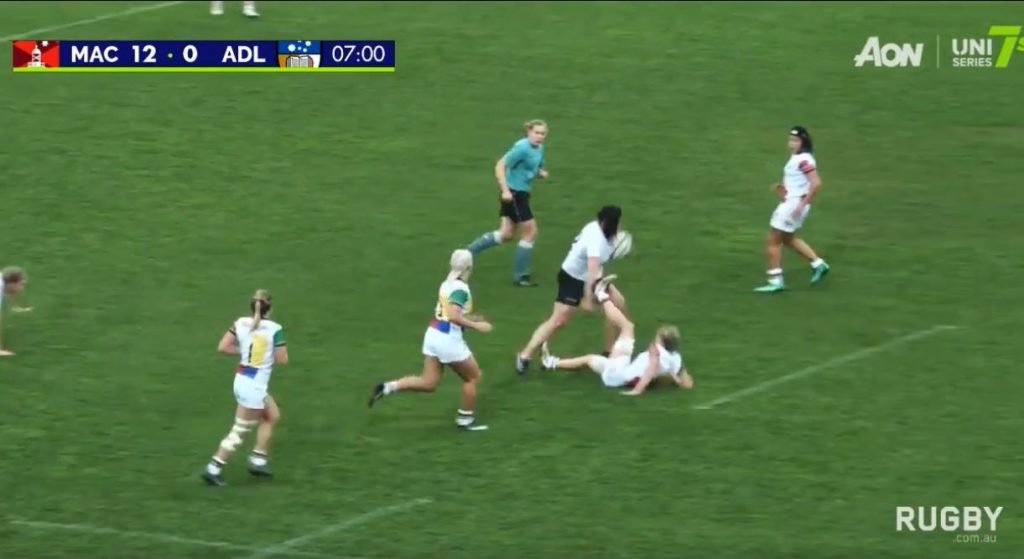 The ARU have released footage of a female 7s player that destroys everything in her path.

Eva Karpani has been unstoppable for the University of Adelaide at the Uni7’s competition. Watch her run rampant over the opposition in this highlights reel.