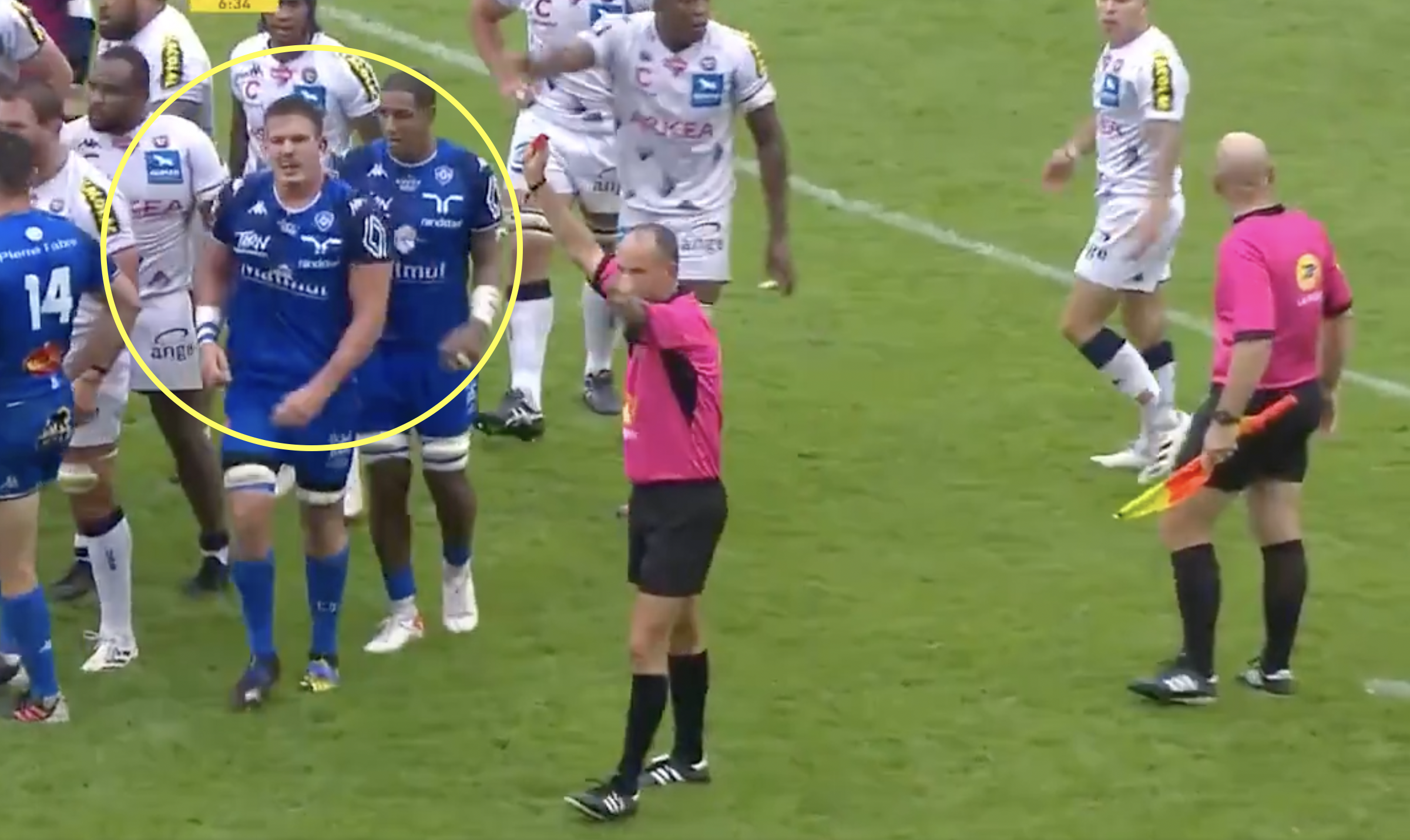 ‘As obvious a red card you will see’: The viral tackle that has sickened the rugby world

Every weekend of rugby usually produces some type of heinous tackle from one corner of the globe, and this week’s contribution undoubtedly comes from Castres’ Ryno Pieterse.

Pieterse is facing an extremely long ban after steamrolling Bordeaux scrum-half Maxime Lucu in the air after he had kicked the ball, in an assault that does not belong on a rugby pitch. The tackle was so outrageous that it sparked a brawl immediately on the pitch whilst the stricken Lucu received medical treatment on the floor.

The tackle has gone viral since Saturday, with many fans and pundits calling for a lengthy ban. Referee Nigel Owens said on Twitter is was “as obvious a red card you will see,” adding that it should be followed by a “very very lengthy ban.” The Welshman also said that he does not usually get involved with discussions about citations or bans, but thought he would make an exception on this occasion given the severity of the tackle.

I never get involved in Citing’s or length of ban conversations. But this was as obvious a RC you will see and well done Romain, no TMO lengthy conversations. But it has to now be followed by a very very lengthy ban. https://t.co/oh2r1DGu2A

The speed that Pieterse comes in at and the difference in weight between the two players makes this an almighty collision. In all fairness to the South African though, the tackle was at a legal height, just, and he did wrap his arms. But the timing of it and the fact that Lucu was still in the air were good enough reasons for Romain Poite to brandish the red card. In fact, the referee did not even see the need to confer with his officials.

Despite the red card, Castres were able to hold on for a 23-23 draw against Bordeaux, which leaves them in fourth place in the Top 14 table. They are unbeaten in the league this season so far, and will hope to continue their good form, although it will likely be without Pieterse for the foreseeable future.