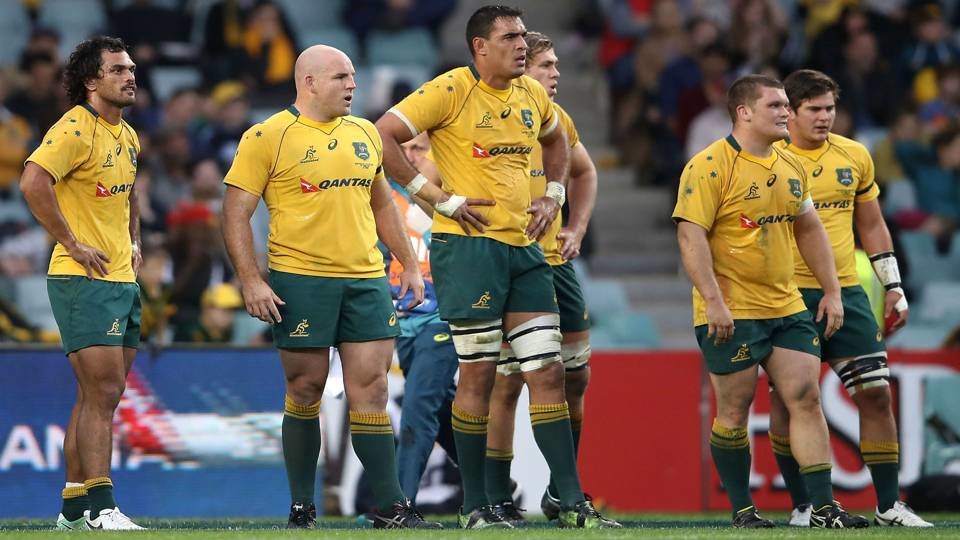 This Aussie fan’s online rant got 42,000 likes on the Wallabies Facebook page The Wallabies after their loss to Scotland

As you can imagine the Wallabies loss to Scotland on the weekend hasn’t got down to well with Australian Rugby fans.

The tide of ill will towards to the performances of the Wallabies was summed up over the weekend in an online rant that has gone massively viral, even prompting head coach Michael Cheika to give the man who wrote it a call over the weekend.

For the record, what I appreciated most about the chat with Cheika was that he understood my post was written with frustrated love, not hate

With out further adieu, here’s the rant in full.

Just wondering if you’d be so kind as to pass this on to Michael Cheika on my behalf.

But that’s not important. I’m a pleb. I’m a nobody. My opinion on rugby counts for the square root of f-all in the grand scheme of things.

But I’ve got one thing. Passion. Passion for the game of rugby. And for the Wallabies. And you can’t deny me that. Despite your best efforts.

I love you, but I’ll be blunt. The Wallabies are a disgrace. You got lucky in the Quarter Finals of the World Cup in 2015 thanks to Craig Joubert losing the plot in the last minute (against Scotland, funnily enough) for some reason and you’ve lived off it ever since.

The constant disappointments. I’ll grant you New Zealand. The All Blacks are playing a different game than everyone else right now. But losing at home, to Scotland ‘B’? (I say Scotland ‘B’, because anyone decent the Scots had is in New Zealand on the Lions tour right now).

I live in Lismore, NSW, it’s a two hour drive to Brisbane. I’m willing to drive to Brisbane this week and address the squad. For 15 minutes. That’s all I’ll need. Then I’ll turn around and drive home again. Because i feel like you’ve lost touch with the common man.

Anyone who says “I wouldn’t necessarily agree with that” is wrong. You have. And it kills me. And everyone I know. You’re quite literally hurting people with your lack of application to your jobs.

The Wallabies attitude towards the basic skills is unacceptable. A culture of blame-avoidance has been allowed to fester.

The Wallabies attitude towards goal kicking of “hopefully he kicks it” is simply not gonna cut it.
I’d suggest an attitude of “Bernard, it’s literally your full time job, perhaps you should stay back a few minutes after training and practice until you don’t miss the goals any more?”

If the forwards aren’t in at 8am tomorrow morning working on set piece, something is wrong.

If the halves aren’t in at 8am tomorrow morning working on passing the ball to the chest of the guy they’re trying to pass it to, something is wrong.

If Bernard isn’t in at 8am tomorrow working on kicking the ball through the god damn posts, something is wrong.

And if I have to see Izzy (or any other player, for that matter, nothing against Izzy personally) collecting his Seiko “Wallabies Man of the Match” watch after losing to Italy like I did after the game tonight, I’ll lose it. You’ll lose me. Forever. Gone.

Give me 15 minutes. That’s all I want. To look these guys in the eye and tell them WHAT IT MEANS to be a rugby fan in this country. Because they don’t know. They’re not fans. They’re players and coaches. That’s different. They don’t know.

Print this email out, give it to the Wallabies media person, pass it on to Cheiks and hopefully he gives me a 15 minute window. I’ll take a day off work. It’ll cost me $150 in addition to the 4-hour round trip but I’ll do it. And then I’ll pay $100 and a 4-hour round trip on Saturday to drive up and have the privilege of watching you stutter and stumble and fumble and make a game against Italy look a million times harder than it actually is.

But I’ll do it. And I’ll cheer you on and hope that you win so that on Sunday I can go into work to earn my peanuts with a smile on my face while you enjoy another skinny latte at the airport.