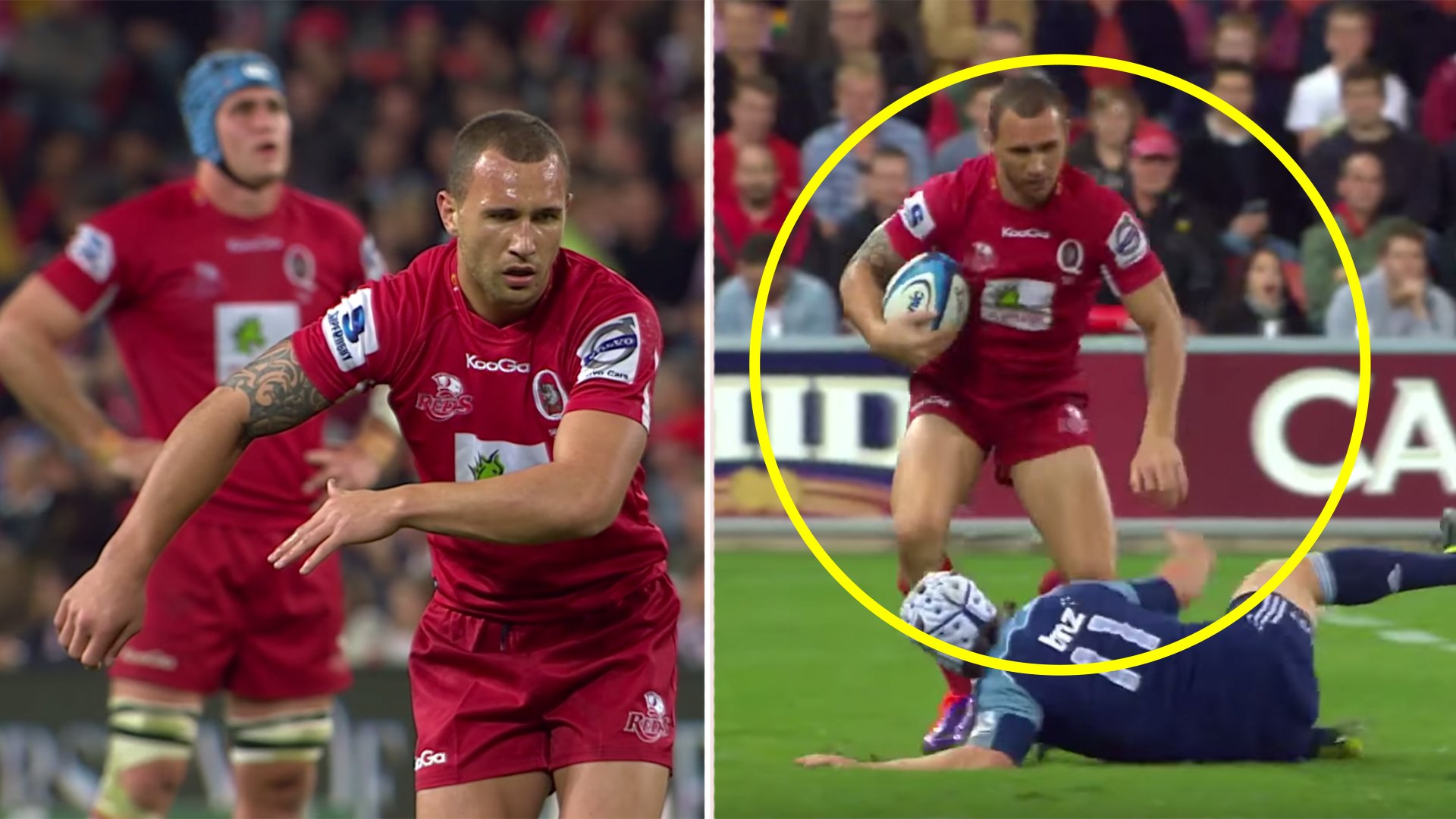 Australian TV have finally released full footage of the game where Quade Cooper proved that he was the real deal in World Rugby.

The year is 2011 and Quade Cooper and the Reds had been on fine form in the Super Rugby season. The team had managed to get to the semi final of the competition against the Blues.

Until this period, Cooper had been playing brilliantly for the men in red, but there were still a lot of question marks around whether he was ready to take on the big guns in New Zealand.

He truly proved his critics wrong in this game.

Quade Cooper proved to the world he was ready in the 29th minute of the match, with some skill that is still being talked about 9 years later.

This is why Quade Cooper is still talked about all the time all these years later.

If you ever did wonder why people rave about Quade Cooper so much even to this day.

It was because in that season, he was so good that he changed the world rugby culture for years to come. 10’s around the World would shout ‘Quade Cooper’ before they tried to step their mates. If a player in the team was trying to be too fancy, your mates would say “stop trying to be Quade Cooper”. He changed everything with this season of rugby.

We are so glad that we finally have this clip in HD footage to enjoy for years and years to come.

Quade Cooper proved far more than just one game in that Super Rugby season. He proved that rugby is a game that should be played at a high speed with high intensity.

Relive the memorable 2011 Super Rugby semi-final between the Reds and Blues. The whole game was available in the video we put above.
Rugby Onslaught
@kick_francis
Sharing