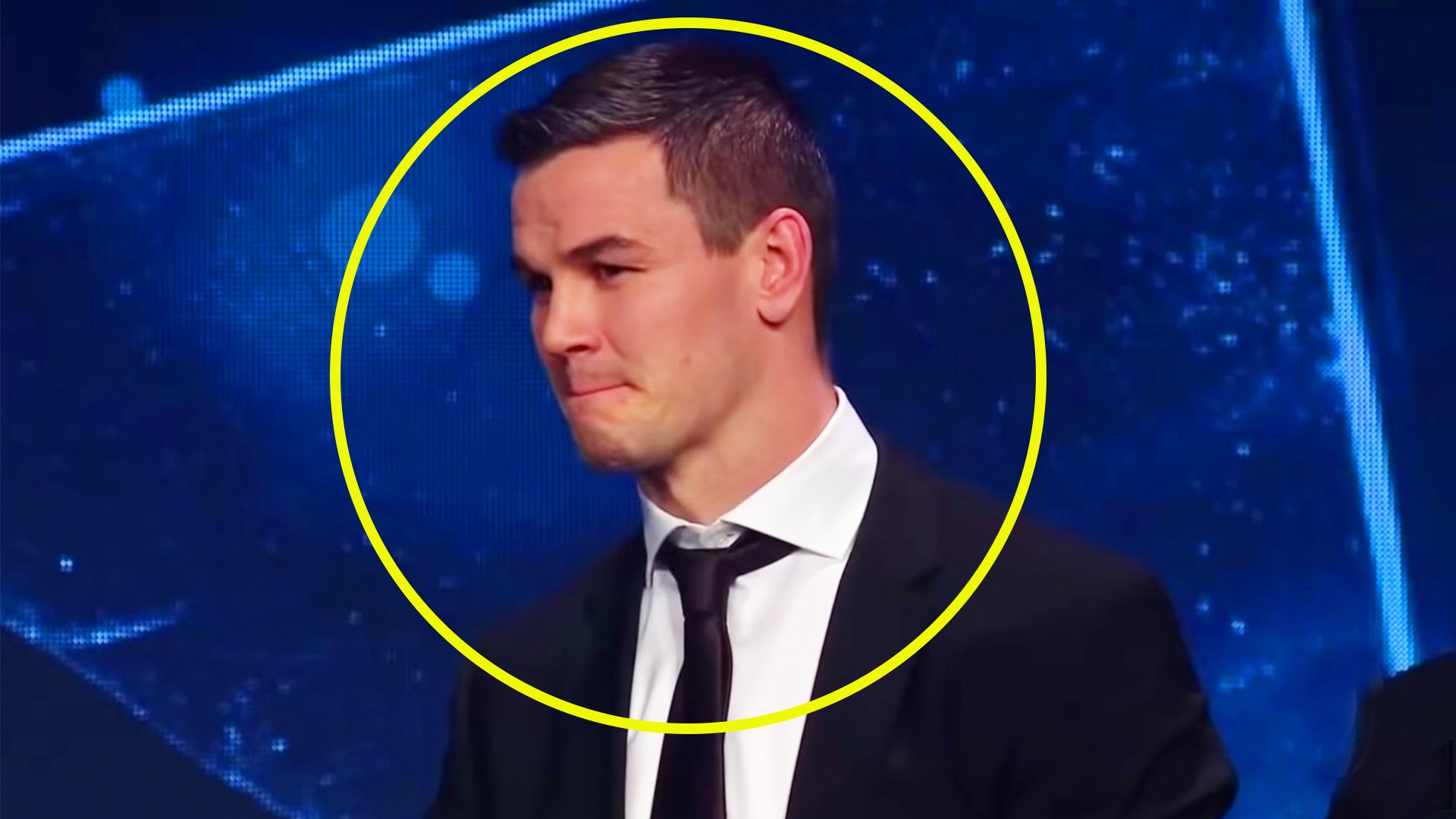 Having spearheaded his nation to a Grand Slam as well as starring in his countries historic win over the All Blacks – the Leinster fly-half had the world at his feet.

An incredible feat, the award ceremony… not quite so.

Well done to Jonny Sexton who breaks the @AllBlacks hold over the World Player of the Year for the last age it seems. He's been enormous this past season. Fully deserved. pic.twitter.com/dOiWlL7PGp

The famous rugby bash was held in Monaco in 2018 with some of the biggest names in rugby descending on the affluent French city.

Sexton’s Ireland had already won team of the year earlier in the evening and with the ceremony coming to a close we neared the most prestigious award of the night.

Mens player of the year!

Sexton was nominated alongside some illustrious names in the rugby world such as Faf de Klerk, Rieko Ioane and Beauden Barrett.

World Rugby Chairman Bill Beaumont came out to present the best men’s award and announced the Irish fly-half as winner to cheers from the Monaco crowd.

As the Leinster man makes his way to the stage a deafening music track starts to play much to the bemusement of those looking on.

This didn’t get the reaction they wanted…

Who on earth chose this?!

WRU on mission to find what was ‘Greatest Ever’ Wales try.

The Welsh Rugby Union are on a mission to determine the ‘Greatest Ever’ Wales try and they have already whittled down an initial 16-strong list that includes two scored by Shane Williams to eight thanks to the votes cast by nearly 5,000 fans.

Still in the running are three holders of the title of Wales’ record try scorer. Current holder Williams (58 tries) saw one of his two entries beaten, but he made it through to the quarter-finals thanks to his 2008 solo effort from half-way for Wales against the world champion Springboks in Bloemfontein.

Ieuan Evans (33 tries) also saw one of his two entries reach the next round, the side-stepping masterclass against Scotland in 1988, while Gareth Edwards’ (20 tries) 1972 special from his own 22 against the Scots comfortably saw off Scott Williams’ rip-roaring effort against England at Twickenham in 2012.