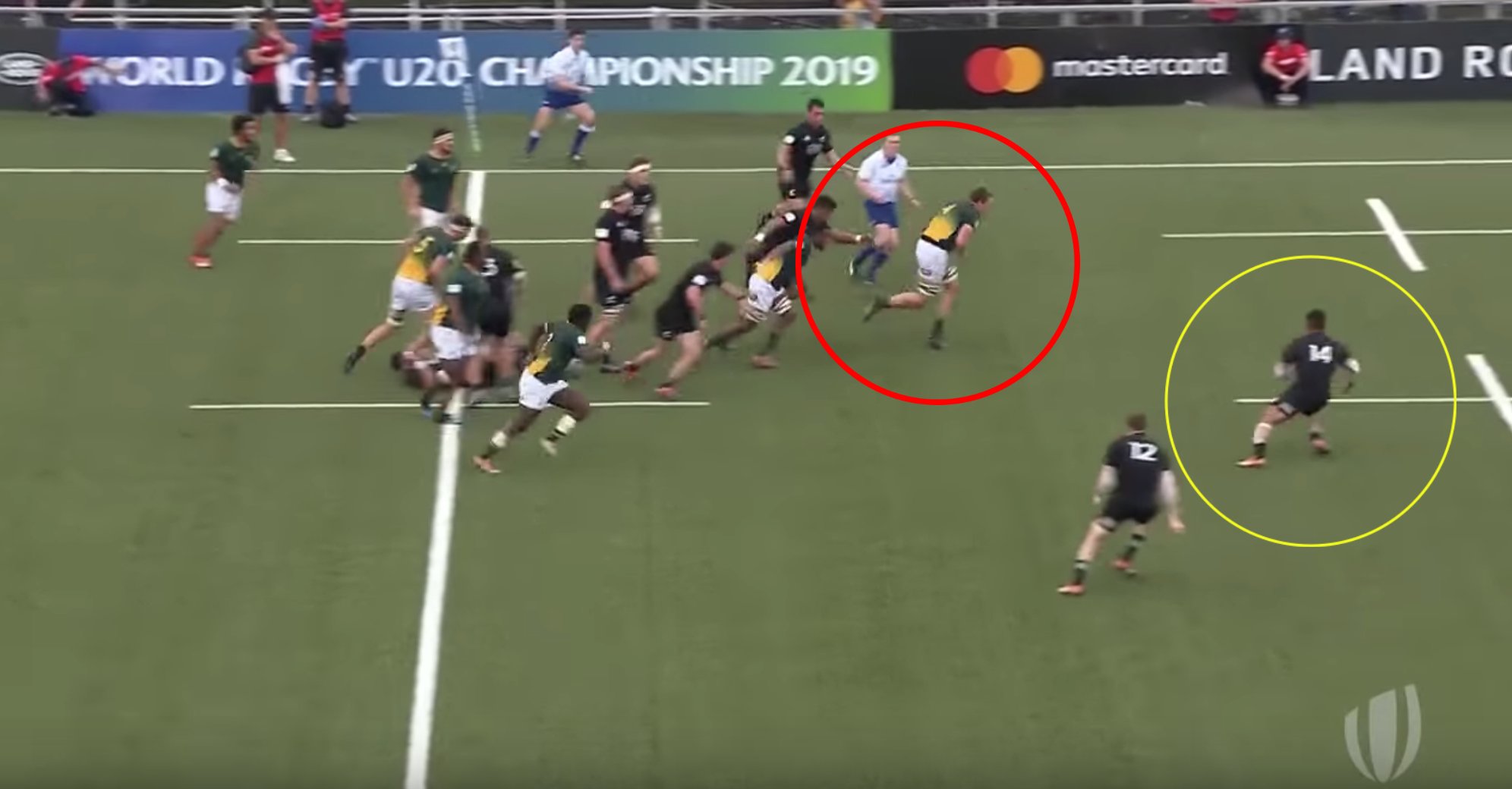 Can we just talk about this Bok brutality, calmly.

I know you will say that the lock had a head start. But look at the pace on him, Seturo didn’t stand a chance. Well at least, we thought he would because all New Zealanders seem to do is rave about this kid. Was he just caught on the back foot or is he just a hype job?

Oh and the Baby Boks beat New Zealand as well. Bok on!

In other news: Larkham to join Munster Rugby

Less Bok action, more Wallaby! Munster Rugby and the IRFU are pleased to confirm Stephen Larkham will join the province as Senior Coach ahead of the 2019/20 season.

Larkham has signed with the province until June 2022, subject to obtaining a work permit, having spent the last four years working for Rugby Australia.

Commenting on the appointment, Munster Rugby Acting CEO Philip Quinn said: “We are very pleased to add Stephen to our coaching team and look forward to welcoming him to the province in August.

“Stephen’s values are very closely aligned with those of Munster and huge credit must go to the Professional Game Board and Johann for their work in bringing him to the province.

“Stephen is a very successful coach who had offers from other clubs so we are delighted that he has decided to join Munster.

“It has been our intention to recruit one more member for our coaching ticket and we will evaluate our needs prior to progressing with that process.”

Speaking about his move to Munster, Larkham said: “I am very excited and honoured to be joining Munster Rugby.

“A big part of my decision lies in the values of the club and the importance they place on community. I have come from a very similar environment and know how effective and enjoyable that can be.

“I have had a number of conversations with Johann and I’m very excited to be working with him, as our views on rugby are very similar.

“I’m also looking forward to meeting and working with not only the other coaches in Graham and JP but also the very talented group of players that Munster have.”

Larkham’s coaching career began at the Brumbies in 2011 with the former Australia international elevated to the head coach role at the Super Rugby side within three years.

His success at the Brumbies led to Larkham’s appointment to the position of Wallabies attack coach on a part-time basis in 2015, a role he combined with his Head Coach duties at the Brumbies.

He held this role as Australia reached the Rugby World Cup final in 2015 and departed the Brumbies in 2017 to work full-time for Rugby Australia.