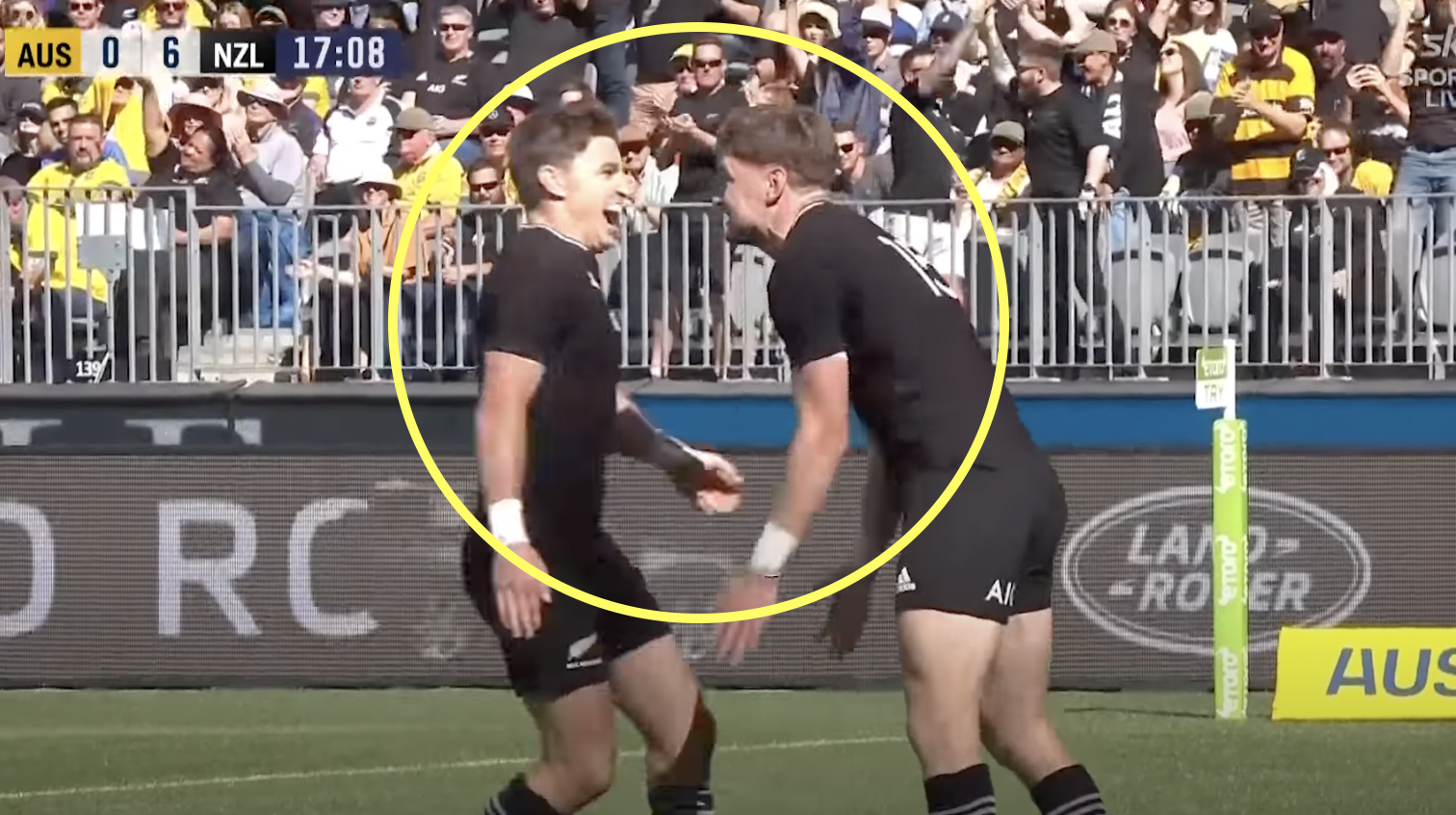 Jordie Barrett and Beauden Barrett have dominated the All Blacks’ top ten moments of their victorious Rugby Championship campaign this year.

The All Blacks shared a video of the top ten moments, and the fullback and fly-half duo steal the show. Take a look at the video:

In tenth place was Jordie’s try against Australia in Perth, which was created by a deft grubber by Beauden followed by quick hands from Will Jordan and Brad Weber.

In ninth place was Nepo Laulala’s Earth shuddering hit on Argentina’s Pablo Matera straight after the kick-off in their first Test, which Laulala’s side went on to win 39-0.

In eighth place was Akira Ioane’s man of the match performance against the Wallabies, in which he wreaked havoc down Australia’s left flank, creating two tries.

Jordie features again in seventh place, with his high ball performance in the 100th Test against the Springboks. This was a game where it was raining high bombs, with the world champions kicking from hand twice as many times as the All Blacks.

Ardie Savea’s dive in his try against the Boks in round six of the tournament took sixth place, as he finished a break by Beauden.

The team’s first Kapa O Pango of 2021 took fifth place on the list, which they unleashed upon South Africa in the 100th Test in Townsville. Their trophy haul, securing the Bledisloe Cup, the Freedom Cup and the Rugby Championship, also made fourth on the list.

The All Blacks’ 22-year-old rookie Quinn Tupaea took third place on the list for his late turnover penalty against the Boks when his side were losing in their first Test.

Beauden took second place with his breathtaking one handed offload to set up Luke Jacobson in the 39-0 win over the Pumas. However, he was pipped by the youngest Barrett, Jordie, for the number one spot, with his monster penalty late in the first Test against the Boks to secure a 19-17 win.