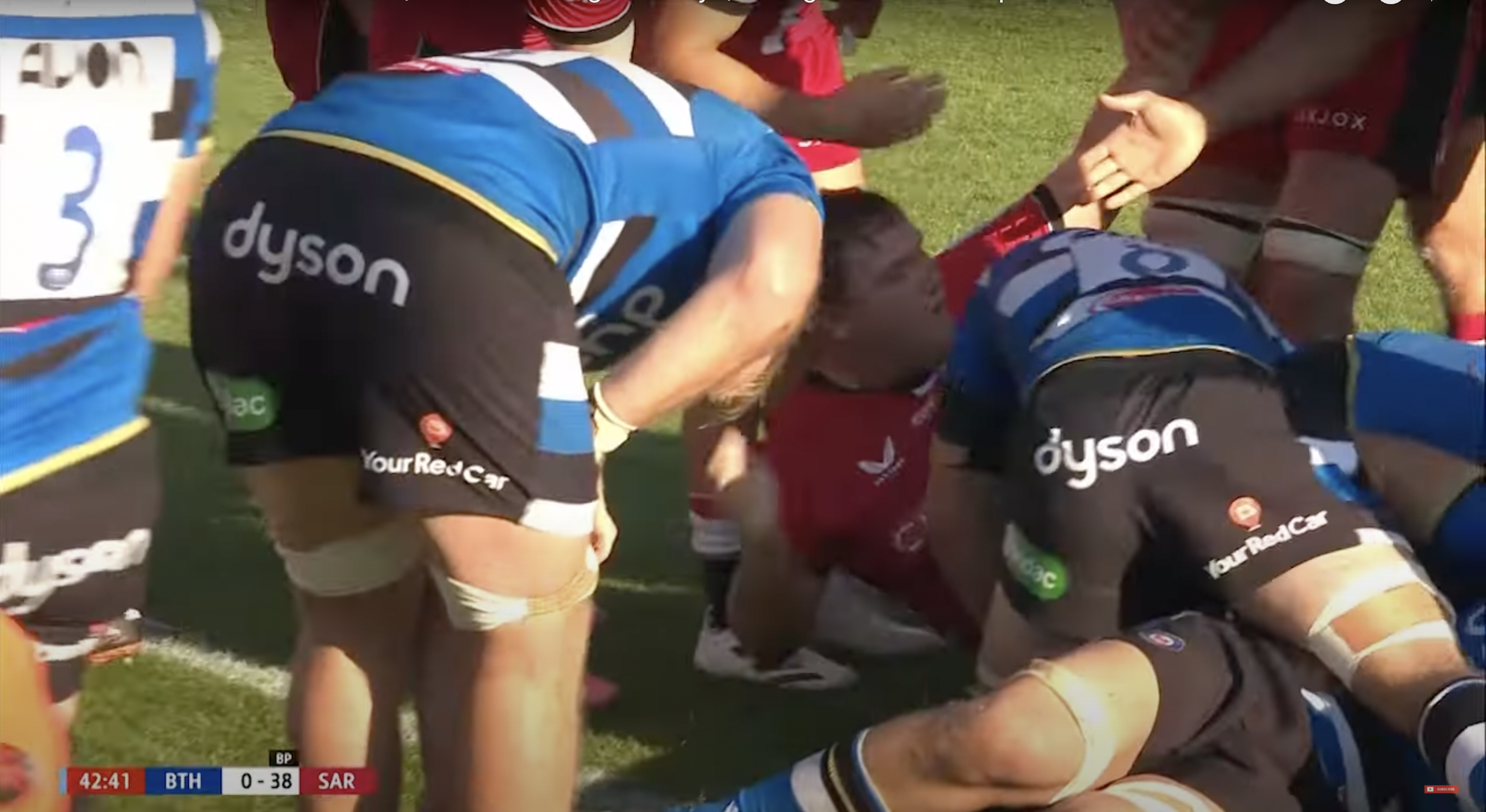 Bath have resurfaced on social media after a few days of radio silence following their record loss to Saracens at the Rec on Sunday.

Stuart Hooper’s side were annihilated by the London outfit, who ran in ten tries in a 71-17 victory. This was the most points ever conceded by the West Country outfit in the Premiership, while it was Saracens’ biggest ever away win. Only two late tries to the home side prevented Saracens from recording their biggest ever win in the league.

For one of English rugby’s giants, this was a chastening day for Bath, who unsurprisingly did not take to social media in the wake of the match to address the men’s result. But a message was posted on Wednesday morning to say there is “genuine hurt” in the Bath camp.

The message said: “We acknowledge we have been quieter on social media over the past few days.

“There is genuine hurt amongst the playing squad, the coaches and the rest of the staff – from the rugby and office sides of the club. Defeats happen but the magnitude of Sunday’s loss stings more.

“The squad’s focus is now preparing meticulously for Harlequins at The Stoop.

“Thank you for your support.”

Unfortunately for Bath, it does not get any easier, as they now travel to the Stoop on Saturday to take on reigning champions Harlequins, who sit second in the league.

Josh McNally said that Bath gave “one of the most ruthless sides in the league” a “free run” in the first half as they went in at half time 45-0 down. As ruthless as Saracens were, not much will change this weekend, as Quins will pose as much of a threat, if not more, with the style of rugby they play.