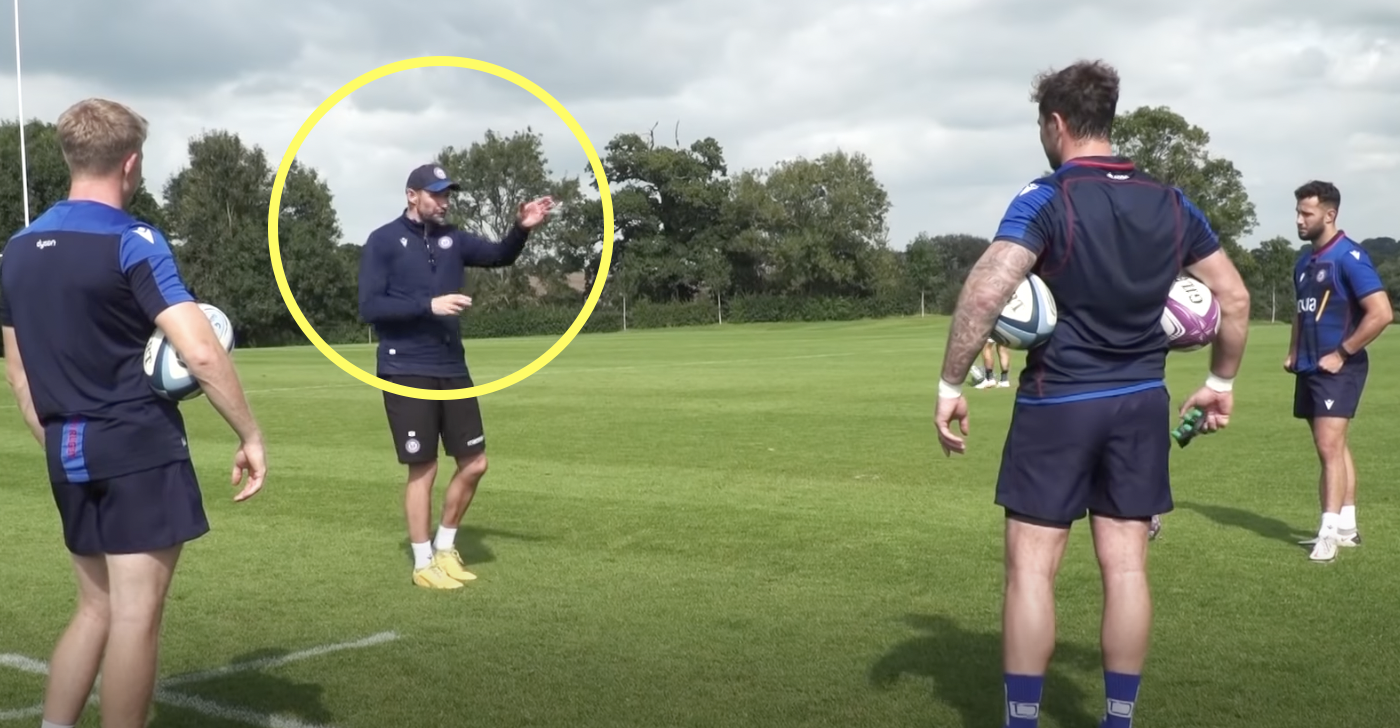 Bath may have bagged a rugby genius this summer

Bath’s new attack coach David Williams is already making an imprint on his new club ahead of the upcoming Gallagher Premiership season which starts next month.

Williams returns to Bath eight years after he coached their Academy, in which time he has worked with the Sharks and Cheetahs in South Africa and the Kobelco Steelers in Japan. He replaces Girvan Dempsey, who left the the Rec at the end of last season, and has outlined his attacking philosophy.

The South African’s elite insight is clear to see in footage of Bath’s preseason training, not only in how he thinks the game should be played, but in terms of his understanding of the players he has at his disposal. With the likes of Danny Cipriani and Jonathan Joseph in his back line, Bath seem made for a coach with Williams’ mindset.

This is what he said: “I think from the history of the club, what the Academy has been trying to produce, watching how Somerset, the schools of rugby in Dorset and Wilts work with the boys and what they focus on as a skillset it’s all conducive to playing a certain style of rugby which hopefully we’re going to see continue to flourish this season and build on what has come before.

“It’s a style you’re trying to play but it’s understanding in all moments of the game how to get back to that style. If you want to be a transition into an attack organisation team, a scrum defence when we’ve lost the ball is as important in that moment to get us back to that style. The defensive side of the game is so important to create transitions or for teams to kick us the ball to launch [Tom] de Glanville and the guys on a kick-counter long.

“If you can get the players to understand that at any moment in the game how can we get back to the style of rugby that Bath want to see, even though we could be defending at that time, which maybe people don’t want to see as much, we know we can get back to our style by defending well and if we can finish the game getting as many style moments as possible within the game, from our scrum defence, our defence, from our kicking game, from our attack as well. It’s not just the attack, if you just focus on that you lose all the other moments that lead back to that so it’s about trying to make that cyclical nature and understanding from the playing group and staff.”