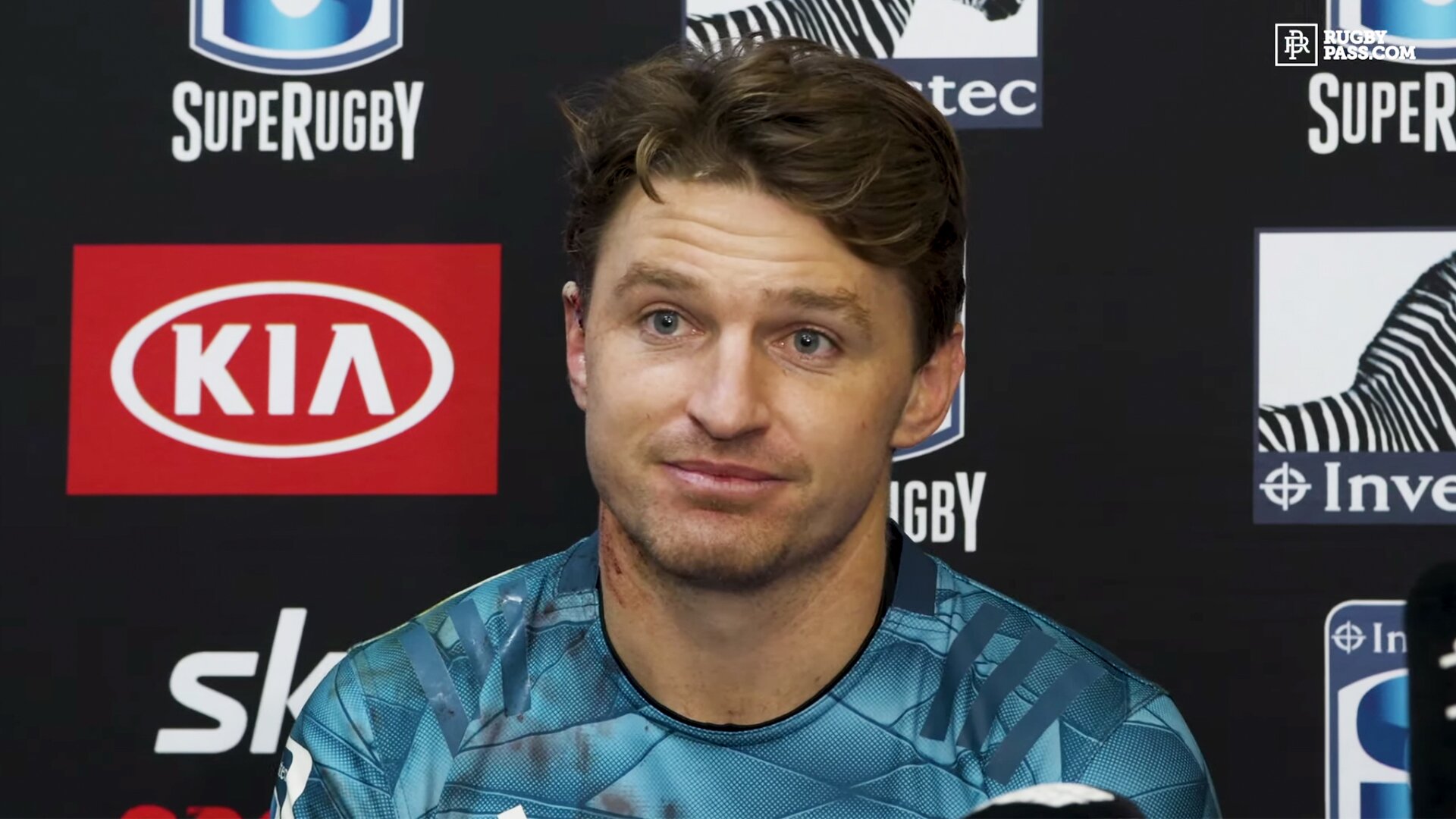 Beauden Barrett cut a forlorn figure in the aftermath of his side’s 29-27 loss to the Hurricanes tonight in an uncomfortable post-match press conference with journalists.

The All Black star had a mixed night in Wellington against his former team.

The home side won the match after a last gasp touchline conversion from his younger brother Jordie.

Beauden faced up to questions from the media following a tough loss against his old team this evening.

The New Zealand full-back was visibly disappointed after the loss in which he scored a brilliant try in the first half.

In the conference after the match, Barrett was asked about what it was like to play against his younger brother.

He replied, ‘He loves those moments yeah – he’s the sort of player that just backs himself so fair play to him – he just took his opportunity.’

This comes as the Blues second consecutive defeat in Super Rugby Aotearoa after losing out against the Crusaders last week.

SA Rugby and the Lions have announced a unique joint venture for the 2021 tour to South Africa – a behind the scenes documentary that will take viewers inside both teams’ camps. Traditionally, the Lions have done their own fly on the wall productions for these tours every four years in the professional era, the benchmark set with the 1997 Living With Lions documentary.

The productions since then have apparently not matched the commercial success of the original production 23 years ago, but a venture that will view the tour from both perspectives is now planned to breathe fresh creativity into the footage.

The British and Irish Lions 2021 tour to South Africa will spawn another documentary, this time in a joint venture between the two rugby giants. https://t.co/neEr4Q4AEi

Having drawn the 2017 Test series in New Zealand, Warren Gatland’s Lions will be facing a South Africa who were crowned World Cup winners last November and who are now coached by Jacques Nienaber.

The joint documentary isn’t the only way that SA Rugby and Lions officials will be pooling their resources as the administrations have also agreed to work in a collaborative way in other aspects of their commercial offering.

According to a statement, a more joined-up approach to CRM, digital and social content will provide more opportunities to engage with the global rugby fanbase, while there will also be coordinated ticketing, travel and hospitality programmes.